Professional Heckler: The Life and Art of Duncan Macpherson 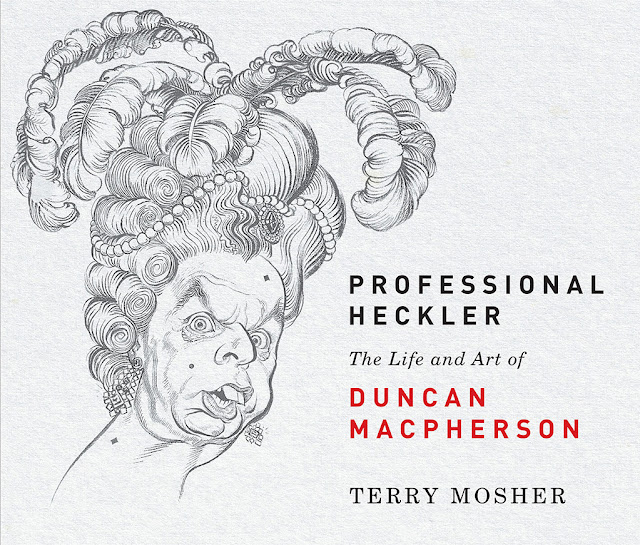 McGill-Queen's University Press will publish, on May 21, a candid biography of Duncan Macpherson, one of the most influential editorial cartoonists in recent Canadian history.


Duncan Macpherson (1924-1993) was one of the greatest of Canadian cartoonists.

He began his career as an illustrator for the Montreal Standard and Weekend Magazine, then joined the ranks of Maclean's and finally the Toronto Star.

He won six National Newspaper Awards and a Molson Prize, among other honours.

A formidable and groundbreaking artist, he was also an alcoholic who struggled with many personal demons.

Professional Heckler is the first biography of Macpherson.

Written by Terry Mosher, well known under the pen name Aislin for his decades of cartoons in the Montreal Gazette, the book is lavishly illustrated with hundreds of examples of Macpherson's drawings, paintings, and cartoons, as well as archival photographs. 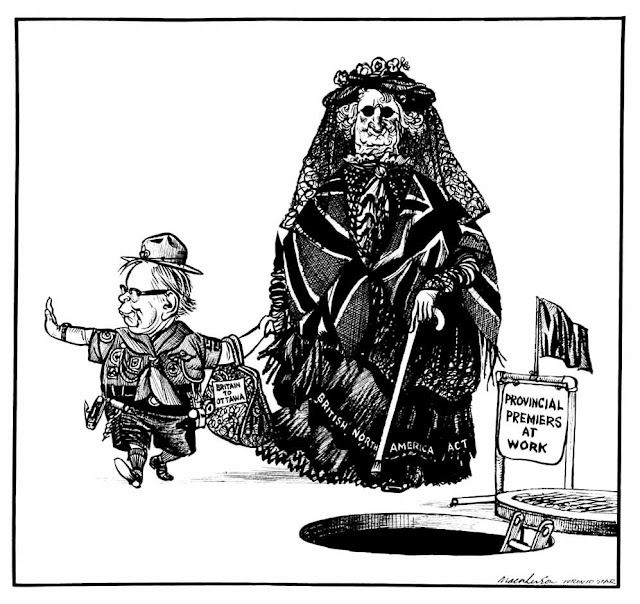 With humour and affection, he provides remarkable insights into the artist's character, style, influences, personal foibles, and way of working. 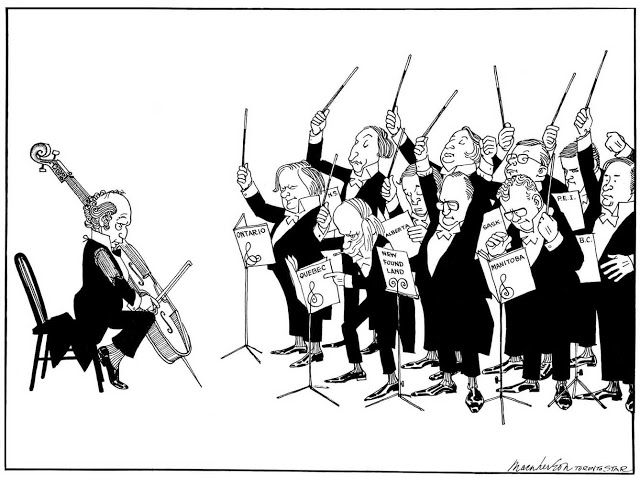 A delight to read, Professional Heckler is a pioneering work on an influential and controversial cartoonist that makes an essential contribution to the history of visual arts in Canada.

Terry Mosher is a political cartoonist, an inductee of the Canadian News Hall of Fame. An officer of the Order of Canada, he is the author of more than fifty books. 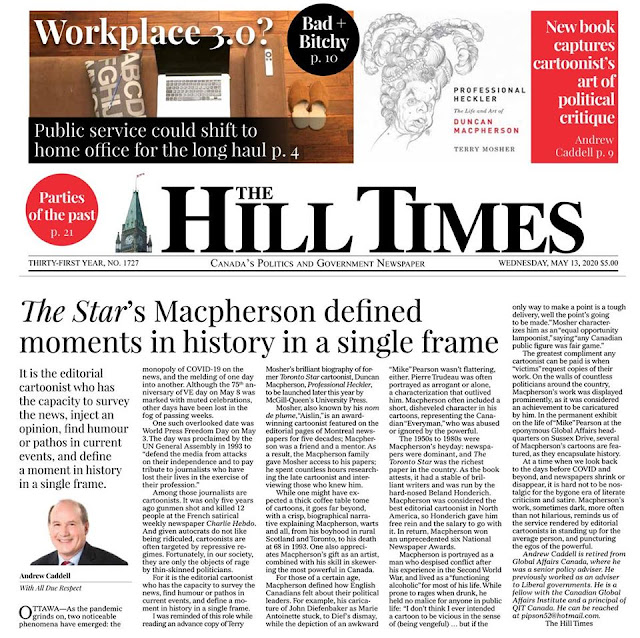 OTTAWA—As the pandemic grinds on, two noticeable phenomena have emerged: the monopoly of COVID-19 on the news, and the melding of one day into another. Although the 75th anniversary of VE day on May 8 was marked with muted celebrations, other days have been lost in the fog of passing weeks.

One such overlooked date was World Press Freedom Day on May 3. The day was proclaimed by the UN General Assembly in 1993 to “defend the media from attacks on their independence and to pay tribute to journalists who have lost their lives in the exercise of their profession.”

Among those journalists are cartoonists. It was only five years ago gunmen shot and killed 12 people at the French satirical weekly newspaper Charlie Hebdo. And given autocrats do not like being ridiculed, cartoonists are often targeted by repressive regimes. Fortunately, in our society, they are only the objects of rage by thin-skinned politicians.

For it is the editorial cartoonist who has the capacity to survey the news, find humour or pathos in current events, and define a moment in history in a single frame.

I was reminded of this role while reading an advance copy of Terry Mosher’s brilliant biography of former Toronto Star cartoonist, Duncan Macpherson, Professional Heckler, to be launched later this year by McGill-Queen’s University Press.

Mosher, also known by his nom de plume, “Aislin,” is an award-winning cartoonist featured on the editorial pages of Montreal newspapers for five decades; Macpherson was a friend and a mentor. As a result, the Macpherson family gave Mosher access to his papers; he spent countless hours researching the late cartoonist and interviewing those who knew him.

While one might have expected a thick coffee table tome of cartoons, it goes far beyond, with a crisp, biographical narrative explaining Macpherson, warts and all, from his boyhood in rural Scotland and Toronto, to his death at 68 in 1993. One also appreciates Macpherson’s gift as an artist, combined with his skill in skewering the most powerful in Canada.

For those of a certain age, Macpherson defined how English Canadians felt about their political leaders. For example, his caricature of John Diefenbaker as Marie Antoinette stuck, to Dief’s dismay, while the depiction of an awkward “Mike” Pearson wasn’t flattering, either. Pierre Trudeau was often portrayed as arrogant or alone, a characterization that outlived him. Macpherson often included a short, disheveled character in his cartoons, representing the Canadian “Everyman,” who was abused or ignored by the powerful.

The 1950s to 1980s were Macpherson’s heyday: newspapers were dominant, and The Toronto Star was the richest paper in the country. As the book attests, it had a stable of brilliant writers and was run by the hard-nosed Beland Honderich. Macpherson was considered the best editorial cartoonist in North America, so Honderich gave him free rein and the salary to go with it. In return, Macpherson won an unprecedented six National Newspaper Awards.

Macpherson is portrayed as a man who despised conflict after his experience in the Second World War, and lived as a “functioning alcoholic” for most of his life. While prone to rages when drunk, he held no malice for anyone in public life: “I don’t think I ever intended a cartoon to be vicious in the sense of (being vengeful) … but if the only way to make a point is a tough delivery, well the point’s going to be made.” Mosher characterizes him as an “equal opportunity lampoonist,” saying “any Canadian public figure was fair game.”

The greatest compliment any cartoonist can be paid is when “victims” request copies of their work. On the walls of countless politicians around the country, Macpherson’s work was displayed prominently, as it was considered an achievement to be caricatured by him. In the permanent exhibit on the life of “Mike” Pearson at the eponymous Global Affairs headquarters on Sussex Drive, several of Macpherson’s cartoons are featured, as they encapsulate history.

At a time when we look back to the days before COVID and beyond, and newspapers shrink or disappear, it is hard not to be nostalgic for the bygone era of literate criticism and satire. Macpherson’s work, sometimes dark, more often than not hilarious, reminds us of the service rendered by editorial cartoonists in standing up for the average person, and puncturing the egos of the powerful.