From the Charlotte Observer. 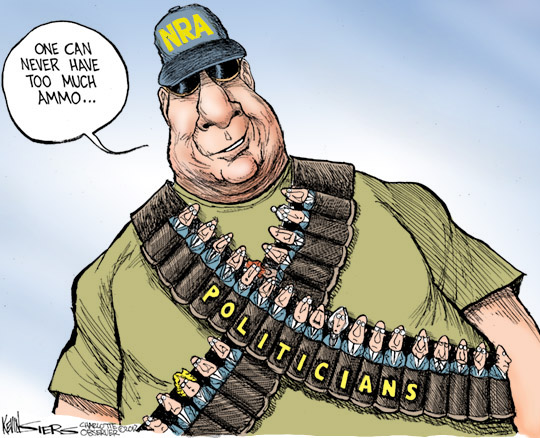 Award-winning Observer cartoonist Kevin Siers doesn't like to brag, but he's been bestowed with another honor: He's one of 37 journalists on the NRA's anti-gun list.

"I'm just glad to be recognized for a job well done," Siers said today, looking down at the carpet.

The NRA's list includes more than 500 organizations, corporations, celebrities and others who the NRA deems hostile. Siers is lumped in with such other well-known scourges as the American Academy of Pediatrics, the American Medical Association, the National Association of Police Organizations, Hallmark and the Kansas City Chiefs. The list singles out companies, organizations and people that together cover pretty much all of America. Heck, even the American Firearms Association makes the NRA's anti-gun list. 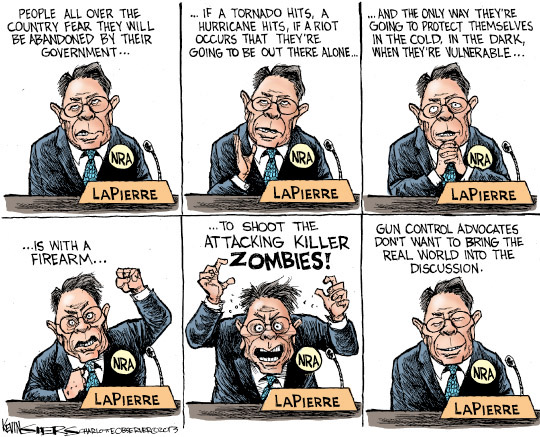