I first saw the work of Mikhail Zlatkovsky when, as part of the jury of the 25th International Salon of Cartoons in Montreal in 1987, we came across his drawing of a headless flag bearer. It expressed eloquently the folly of nationalism. 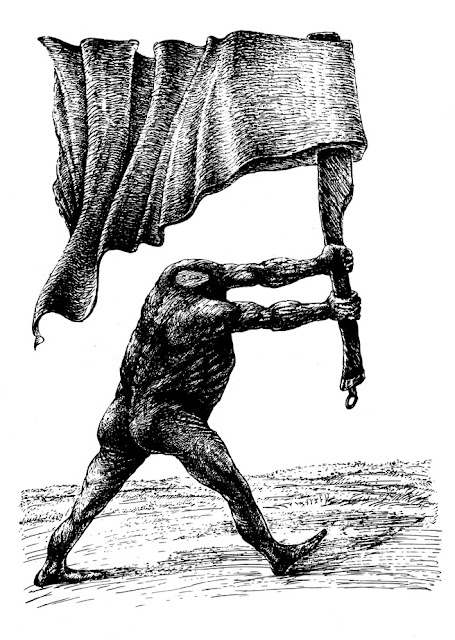 The other jury members, Hans Georg Rauch, Jerry Robinson, Rinalto Traini (Editor of Comic Art and President of the Lucca Cartoon Festival in Italy) as well as Henri Barras (Artistic director of Montreal's Place des Arts), were equally impressed and he was ultimately awarded the Grand Prize.

A few years later, I was invited, in my capacity as Canadian editor of the magazine Witty World, to attend the Budapest International Cartoon Festival held in Buda Castle. Reluctant at first, I changed my mind when Joe Szabo, the director of Witty World, informed me that Zlatkovsky would be attending.  I figured he owed me a beer and hoped he had somme money left from $ 5000 cash award he had received for his Grand Prize in Montreal.

When checking in at the hotel, I was informed that my room number was number 421. As an occasional "421" dice player myself, I took this as a good omen.

I was informed, however, that I would have to share my room with somebody else. I was relieved when told that my roommate would be none other than Zlatkovsky.

We spent a week talking late into the night about life in the Soviet Union, how the purges, undertaken under Stalin, had affected his family, the annoyances of Soviet bureaucracy and how cartoonists managed to circumvent state censorship. 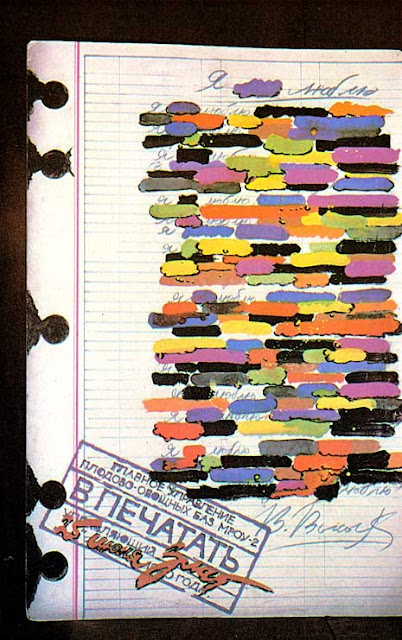 He gave me two books of the complete lyrics of Russian singer Vladimir Vysotsky, which he had illustrated, and took the time to explain each and every drawing, giving me the keys to understand the symbols Eastern Block cartoonists used to reach the reader without raising the suspicion of censors.

Here are some favourites Zlatkovsky cartoons : 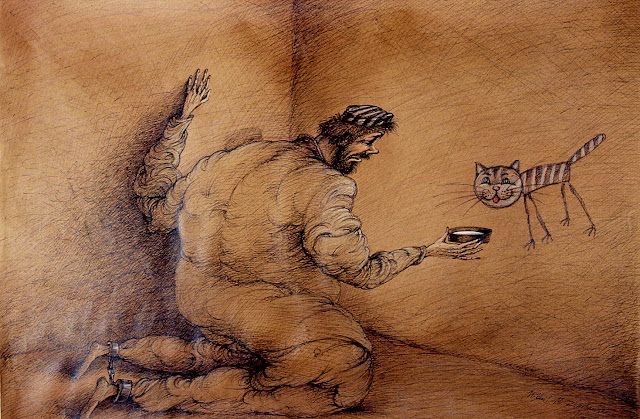 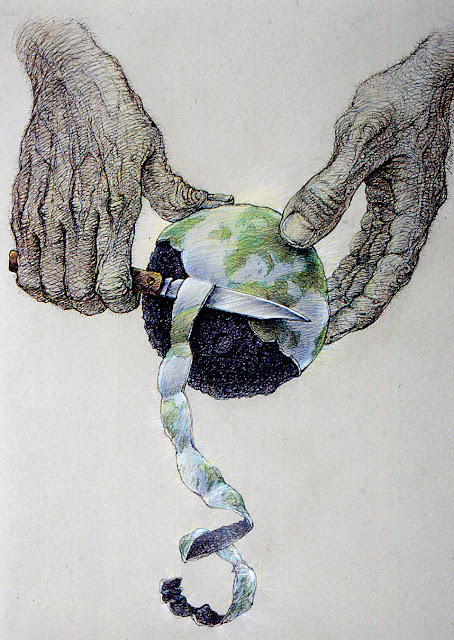 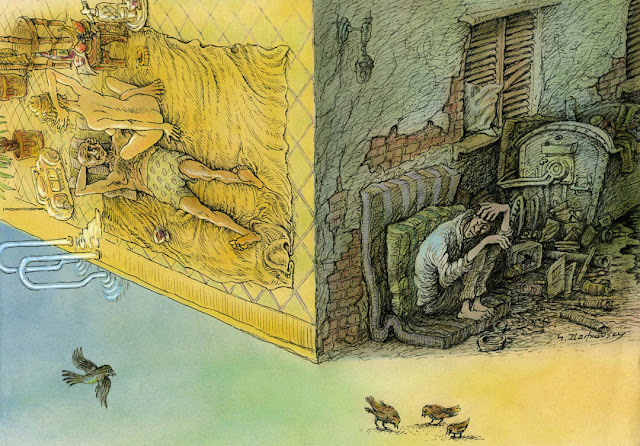 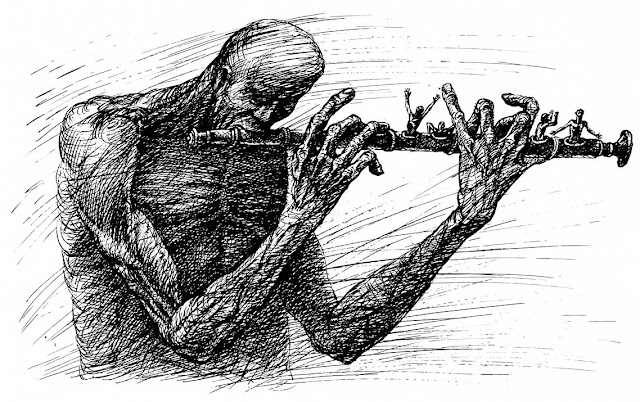 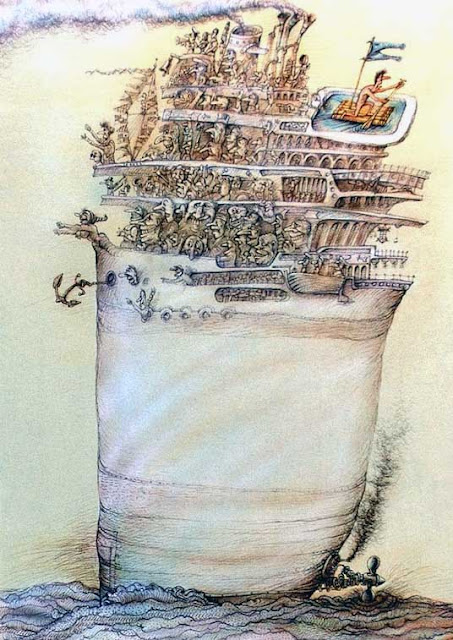 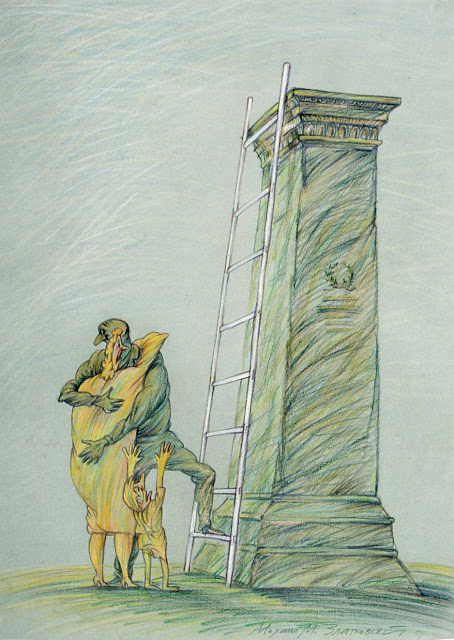