Glen Schaefer in The Ottawa Citizen.


Canadian producers are aiming to give 1970s cult superhero Captain Canuck his big-screen debut - and they're planning to begin filming the storied crimefighter's story as early as next summer.

"It all takes place in Vancouver," said Richard Comely, the Ontario based graphic designer who co-created the homegrown hero in 1975. Now 62, Comely was living in Winnipeg when he and fellow artist Ron Leishman first conceived of Captain Canuck. Comely's creation is a Mountie given super strength - in the original comic it was from contact with aliens, but in the movie human technology has something to do with it.

Comely said producing the comic was a learning experience.

"I had to learn, I think each issue gets incrementally better," Comely said. "The first issue is a little tough to look at now." 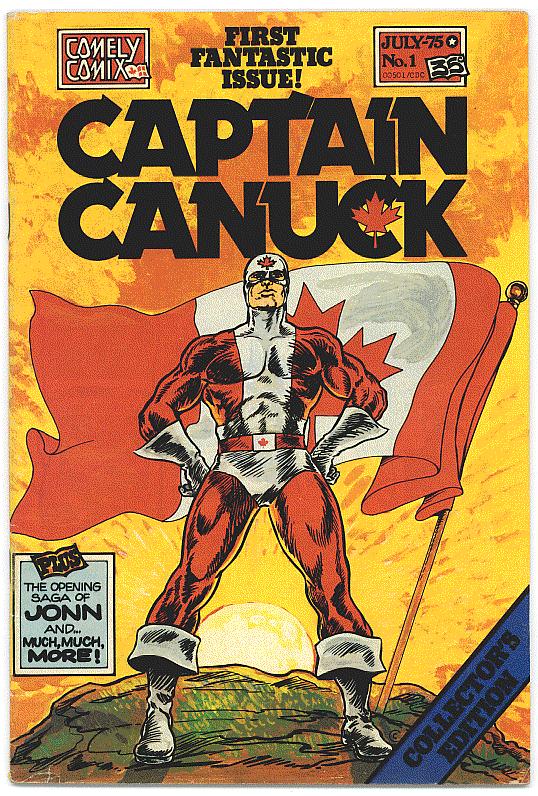 Comely said it was Olsen's idea to set the big-screen origins story in B.C. "We use the city big-time, and outside the city as well," Comely said. "B.C. has the scenery we would love to capture in the movie - mountains, rivers oceans, forests, all of that stuff."

The producers are still putting the funding together for the project. Comely - who visited Vancouver recently to meet with screenwriter Olsen - said the feature would have a more serious tone.

© Copyright (c) The Ottawa Citizen
Published by Bado at 4:00 AM