If the New Yorker Were Set in Paris 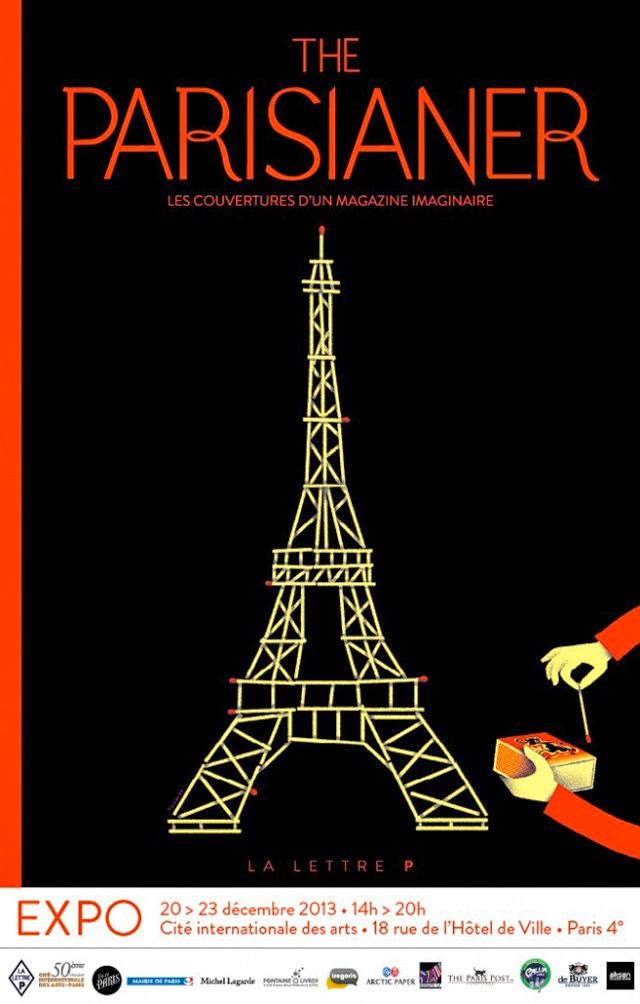 Last January, the French graphic artists Aurélie Pollet and Michael Prigent, living in Paris and “entourés d’artistes,” invited illustrators to envision the Gallic capital. Under the imprimatur of their association, La Lettre P, they gave them, Prigent told me last week, “a carte blanche to express with the greatest possible force their vision of Paris in an image”—all this “with the covers of The New Yorker in mind.” In implicit homage, Pollet continued, “we wanted to imagine the covers of an imaginary magazine: The Parisianer.” 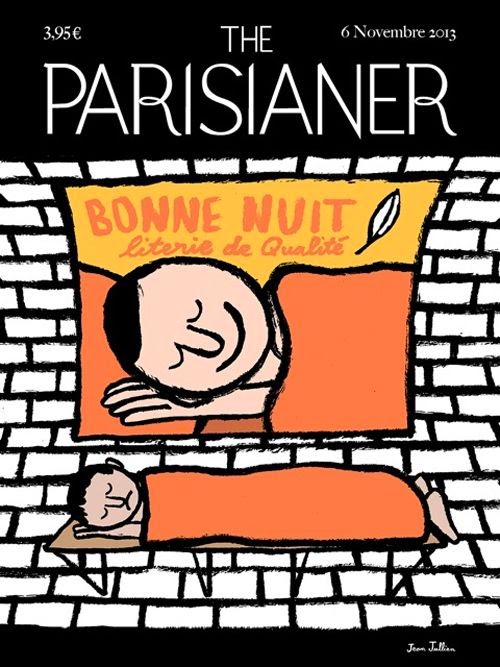 Last weekend, the Galerie de la Cité Internationale des Arts, in Paris, displayed a hundred imagined covers of the no longer quite so imaginary The Parisianer: energetic, surprising, sometimes poetic images by cartoonists and illustrators from France, Italy, England, and Belgium. Concerts, signings, activities, and ateliers were open to the public. An accompanying exhibition catalogue will be on sale, too, from the very Frenchly titled site KissKissBankBank. 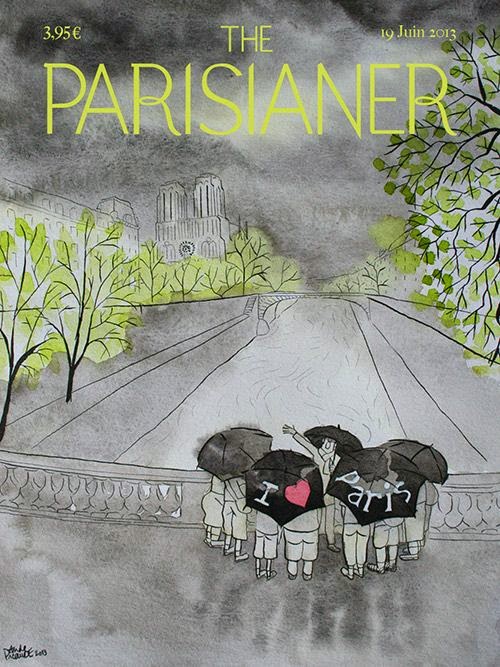 “In Paris,” Prigent said, “we grew up, personally and artistically, with an eye to the west, and New York as the horizon.” Pollet added, “For us, as for all the illustrators of the project, from all four corners of Europe, New Yorker covers are an authoritative reference,” balancing “elegance of style and relevance of subject.” (They noted all the French illustrators who have “brilliantly” contributed covers.)

The New Yorker’s cover editor, Françoise Mouly, quoted the magazine’s longtime editor William Shawn in her recent book, “Blown Covers,” when he said, referring to the cover, that “it’s not supposed to be spectacular. When it appears on a newsstand, it’s not supposed to stand out.” But Mouly is inclined toward the stand-out—of a piece, perhaps, with her Parisian roots. Surely Mouly agrees that Paris, per Pollet, is, like New York, “One of those mythical cities that feeds fantasy.”

To leaf through the covers of The Parisianer, produced “as an artistic wink” to ours, is to learn something about Paris today, both deadened by visitors and residents who insist that it remain a museum, and vibrant with ideas and synthesizers. It is the same old city of flower markets and quais, or even the pipes at Pompidou, but also a place for refusing the art on walls in favor of the art in the streets, and for lamenting globalization (in one cover, by Quentin Vijoux, a traditional bistro staff sans clients looks on sullenly at a heaping queue for “Burger Truck”). 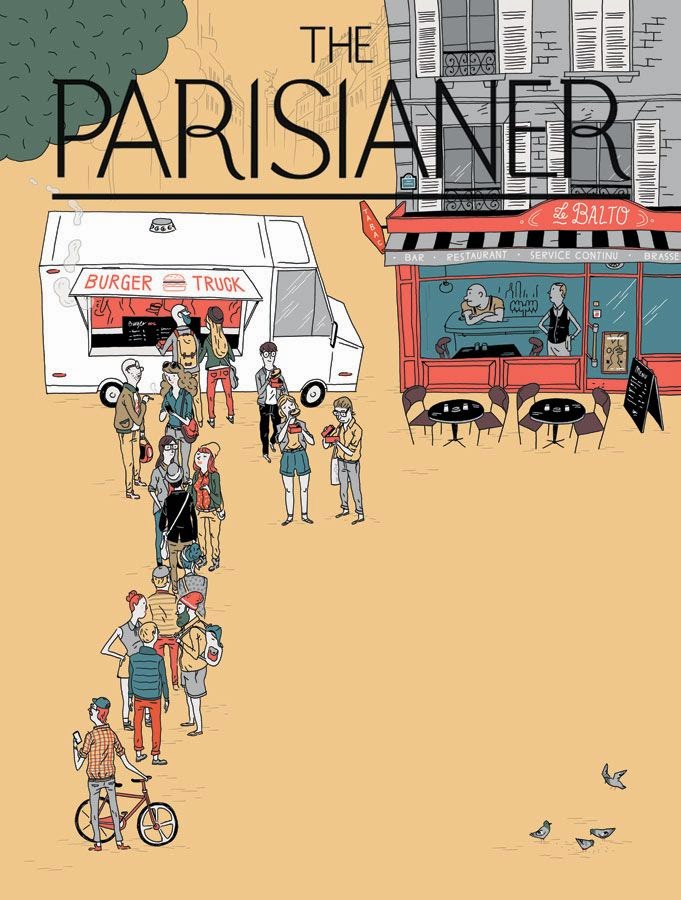 Post-Lautrec dancing girls are there, too, with pink Marge Simpson bouffants. Then there’s the Eiffel Tower, which is everywhere—inévitable. It appears in one cover as a careful sculpture of matches, about to be set ablaze. 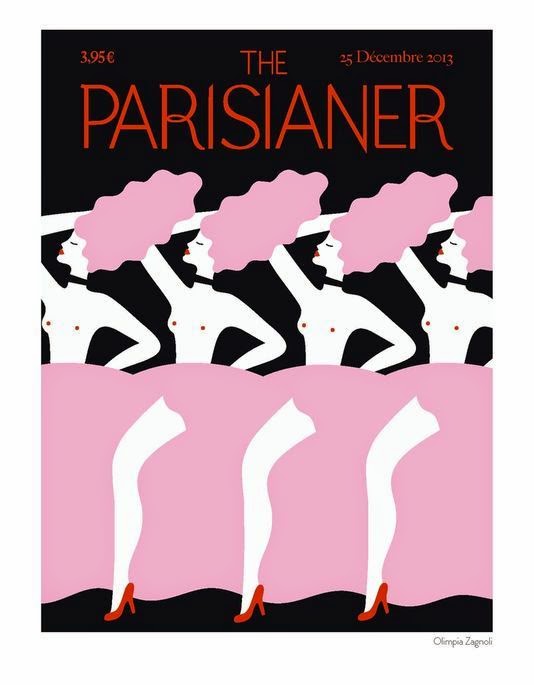