George Lois and the Evolution of Modern Magazine Covers 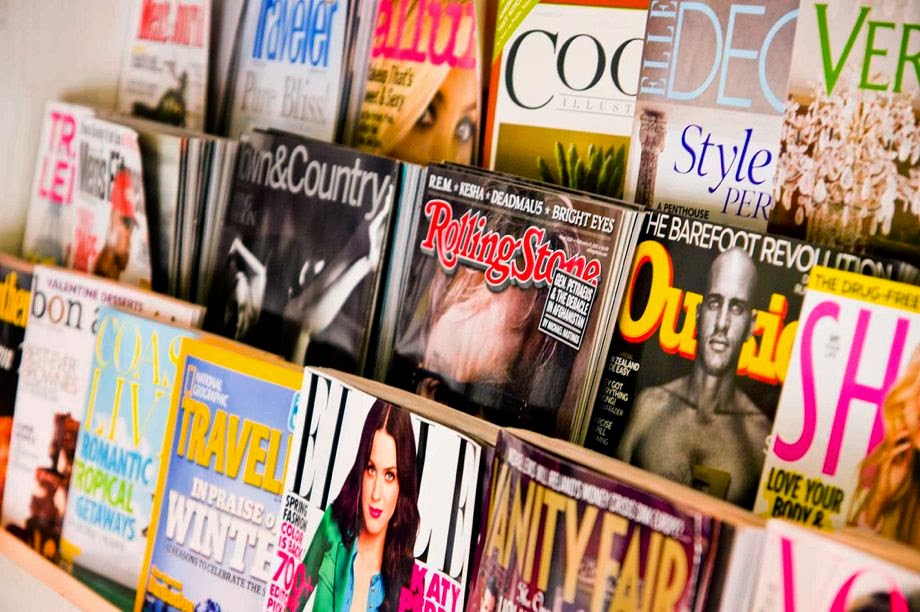 You know the saying: You can’t judge a book by its cover. With magazines, it’s pretty much the opposite. The cover of a magazine is the unified identity for a whole host of ideas, authors, and designers who have created the eclectic array of stories and articles and materials within each issue. And, some would argue, this identity extends to the reader as well. If you’re seen with an issue of Vogue, you don’t just own that copy—you become a Vogue reader.

Magazine covers are a challenge to design, since they have to be both ever-changing and also consistently recognizable. For this reason, most publications stick to a standard set of practices.

This is the anatomy of a magazine cover, starting from the top. Literally.

The most obvious example is that the name of the publication is always plastered across the top, so that you can identify the brand from the get-go.

After the brand name, the second objective is to relay the new-ness of the latest issue. Magazines want to be sure that readers know that they don’t have this particular issue yet. There are a few ways to do this, but a good method is to use different colors month to month. Even if the covers look pretty much the same otherwise.

And these illustrated covers usually did not feature celebrities. They were mostly scenes from fantasy or everyday life, or they featured the publication’s illustrated mascot. Some of these characters persist today, like the Playboy bunny, Mad's Alfred E. Neuman, and The New Yorker's monocled Eustace Tilley.

Even U.K. Vogue had an illustrated mascot—Ms. Exeter, an elegant 50-something woman who had an advice column about being a classy, classy dame.

And Esquire had Esky, a mustachioed skirt-chaser.

A lot of Esquire covers featured Esky. That is, until George Lois came along.

George Lois revolutionized the cover of Esquire, using big, bold, eye-catching photographs. You’ve probably seen some of these covers, or at least homages to them.

The crazy thing was that Lois didn’t even work for Esquire. He was an ad man. He did commercial work.

In 1962, Harold Hayes, the newly hired head editor of Esquire, asked Lois to do a cover for him. As Lois tells it, Hayes was desperate and needed a cover in three days. Hayes gave Lois a description of 20 contents in the upcoming issue, including a spread of Floyd Patterson and Sonny Liston, who were about to go head to head in the upcoming heavyweight fight. Everyone was predicting that Patterson would win, and the magazine was going to be released before the fight.

Three days later, Lois delivered a cover of a Floyd Patterson doppelgänger laying flat on his back, dead in the ring. The message was clear: Esquire was calling the fight for Liston.

So there was a good chance that Esquire would be wrong, which would be completely embarrassing. But Harold Hayes let Lois go with it. And Lois actually got it right.

Lois went on to create 92 Esquire covers over the next 19 years, most of them just as eye-catching and controversial as his first. Many were one big stark image, with little or no text. They almost look like wall posters, and now many of them are in the permanent collection of the Museum of Modern Art in New York.


If you’ve seen any of Lois’ covers, or variations of his covers, it’s probably his photograph of Muhammad Ali, which is sometimes cited as the greatest magazine cover of all time. The cover is almost completely white, with Muhammad Ali, shirtless, pierced all over his body with arrows. Like a martyr.


Ali had refused military service, claiming conscientious objector status through his conversion to Islam. Ali was sentenced to jail, stripped of all his titles, and condemned as a draft dodger—some even called him a traitor. The idea of this cover was to suggest that he was a martyr to his religion, but George Lois chose a Christian martyr to represent him—specifically, St. Sebastian.

Ali called up Nation of Islam leader Elijah Muhammad and explained the painting on which this photo was based in excruciating detail, before finally putting George Lois on the phone. After a lengthy theological discussion, Elijah Muhammad gave George Lois his OK.

So Lois helped make photographs more or less standard on magazine covers. Then, in 1965, Cosmopolitan ushered in the era of the cover lines, aka words.

Cosmopolitan wasn’t the first to use text on the cover, but it was the first to use it really provocatively, and it set the standard template for what a newsstand magazine looks like today. Covers started to frame their photographs with words, creating a sort of “doughnut” of text around the featured image.

Celebrity weeklies always have their big coverline across the middle of the magazine. And it’s almost always written in yellow, since it pops on the newsstand. The whole weekly market relies on yellow.


For the more lifestyle-oriented magazines, the most captivating cover lines go in what’s called the hotspot, located immediately underneath the logo on the left. Unless it’s on the right. Magazines are racked differently in different countries, and racking patterns often shape page layout.

In the U.K., a lot of the magazines are shuffled with their left edges overlaying each other, with only the left edge revealed. So in England you get most of your headlines on the left side, or “the leading left edge.”

In the United States, magazines are racked in a waterfall presentation, where you see the top third, so our publications stick their best cover lines high and close to the logo on either side.

U.S. publications have many more coverlines than those in the U.K. Purely because of the way they’re stacked up for retail.


Magazines that don’t rely on newsstand sales look very different from magazines that do. Titles like the Atlantic, Time, and The New Yorker have the luxury of not needing to grab someone’s attention at the checkout line.

These are a little more Lois-esque, with big photographs and pictures and not as much text.

The New Yorker even reverts back to the pre-1960s illustration model for subscribers:


When you encounter The New Yorker on the newsstand, there’s a little flap on the leading left edge with a list of contents.

Big pictures by themselves just don’t sell like they used to. It’s about volume of content. Magazines are expensive on newsstands, and readers want to be reassured that there’s plenty to read inside. Hence the illegible cornucopia of headlines on Esquire today.

This is the work of David Curcurito, current design director at Esquire. Curcurito’s style is so overloaded with words that it explodes the “doughnut.” The text is not just about communicating what information is in the issue, but showing you that there’s a lot of it.

The text and the image weave in and out of each other in such a way that the words almost act like an image. This is Esquire’s way of standing out from all the other magazines on the rack. But it doesn't stand out in the same way Lois’ covers did. Curcurito has messed with the standard magazine formula, but he tends to stick to it. Because this formula works. And it has been working for a long time.

But fear not, art directors everywhere, George Lois has a simple solution: mimic his covers.


To learn more, check out the 99% Invisible post or listen to the show.
99% Invisible is distributed by PRX.
Published by Bado at 2:00 AM