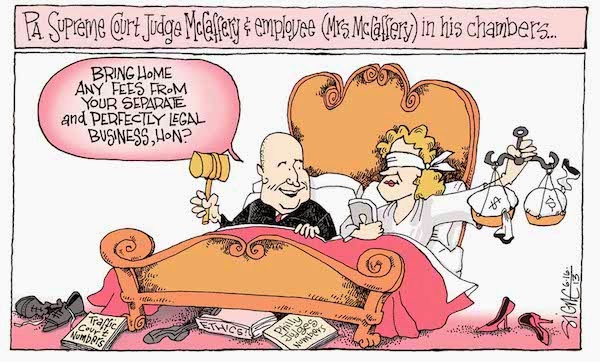 Philadelphia magazine has a write-up on the background of the case. I’m not even going to try to sum it up (a lot of local politics). On the face of it, I can’t think of a case (nor can I find one online) where a cartoonist has been successfully found guilty of defamation in the US. Most cases I’ve heard about are quickly tossed out. In this case, it’s the reporting of the paper that is in question and not specifically Signe, so I’m not sure how that changes the dynamics of the case as far as Signe is concerned.