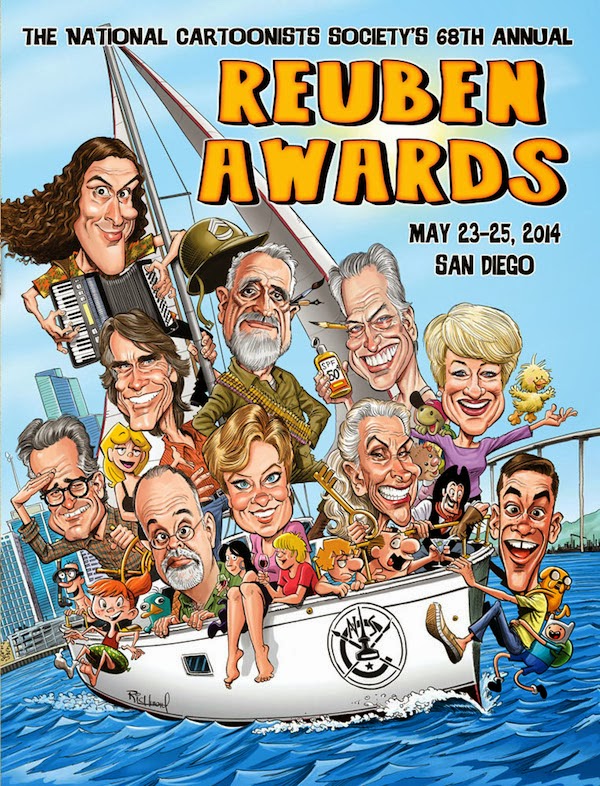 The National Cartoonist Society has announced the line-up of speakers for the upcoming Reuben Awards weekend. Also announced is a return of the NCS A.C.E. Award (Amateur Cartoonist Extraordinaire) given to a notable individual who aspired to be a cartoonist but became famous by other means. This year’s A.C.E. recipient is “Weird Al” Yankovic. Past recipients include: Carol Burnett, Jonathan Winters, Jackie Gleason, Orson Bean, Ginger Rogers, Al Roker, Denis Leary and Morley Safer.

Here’s the run-down on the speakers as posted on the NCS website:

It also mentions that Tom Gammill will return as the host of the Reuben Awards show.

The Reuben Awards will be held in San Diego, CA this year over Memorial Day weekend (May 23rd-25th).

The 2013 NCS Cartoonist of the Year Nominees
Published by Bado at 2:00 AM