Gable was hired by The Globe and Mail in 1987 and has been drawing cartoons for the national paper ever since.

He has tackled everything from the federal party leaders to Rob Ford to the Charlie Hebdo shootings.
"One day you might do a very serious cartoon about a tragedy and the next day you're doing something about a mayor who is supposedly abusing drugs," said Gable. 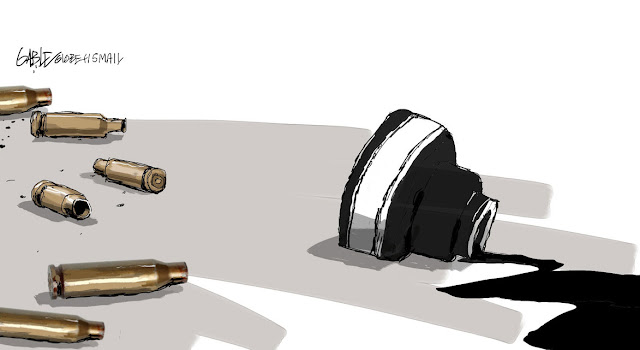 As a cartoonist, Gable says he tries switch up his approach. "I always use the analogy of pitching... and as a cartoonist you have to mix your pitches up." 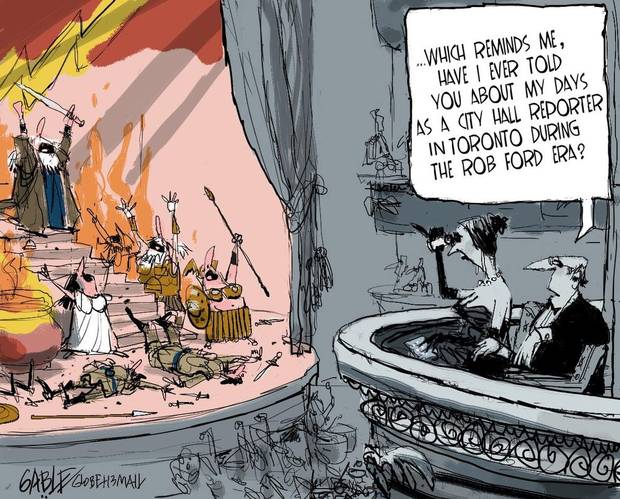 As an artist, he's received awards for his work but also threats. One of the first times was when he worked in Regina and made a cartoon about the conflict in Ireland. He said the recent shootings at Charlie Hebdo in France remind people that sometimes it's not just a threat. "Humanity goes from one to 10 for a capacity for violence."

The University of Saskatchewan will award Gable with an honorary doctor of letters during the school's fall convocation on Saturday.

In the 1970s, Gable studied fine art at the university. He says his first "real editorial cartoons" were published there in the student newspaper, The Sheaf.

Video: The art of drawing Rob Ford
Published by Bado at 1:00 AM