Frankly, these gatherings can sometimes be tedious, navel gazing affairs, particularly in the day and age of loss of outlets and jobs in the print industry – never mind the difficulties for some in switching over to the Internet (read finding paying work).

How pleasureable then to discover a group who still delight in the many joys of cartooning, right here in my own back yard – in picturesque Val-David, a short drive north of Montreal.

The group initially focused attention on the dissemination and development of visual humour in Quebec, promoting comic art in all its forms.

1001 Visages then evolved into an annual event under the tutelage of Robert Lafontaine, with meetings always being held in a friendly, collegial atmosphere. Communication with the public was encouraged. No longer limited to cartoonists, the event now attracts painters, sculptors, graphic designers, advertisers and even inventors.

Over the past few years, many well-known professionals have come on board. They will be available to interact with the general public this coming weekend in Val-David: Pascal Élie and myself (of the Gazette), Bado (of Le Droit in Ottawa), Wes Tyrell (President of the Canadian Association of Cartoonists based in Toronto), Pijet, Demers, Lafontaine, Pageau, Chavez, Métyvié, Ferg Gadzala, Evelyne Arcouette, Ludmila Fishman, Marie-Élaine Lopes, Tiffani Trogi, and Marc Pageau will all be there, the largest gathering of its kind in Canada. 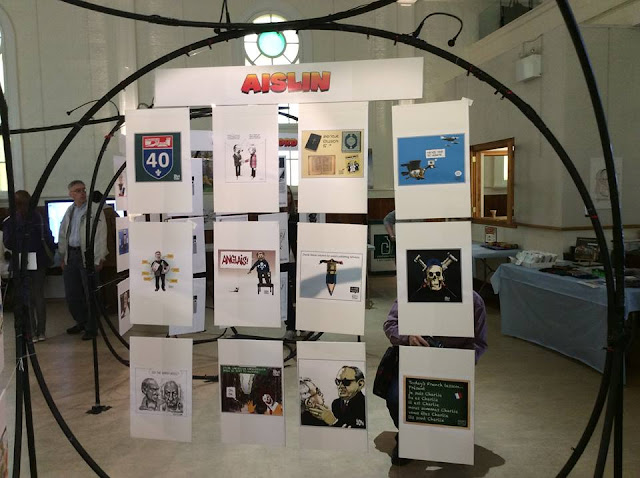 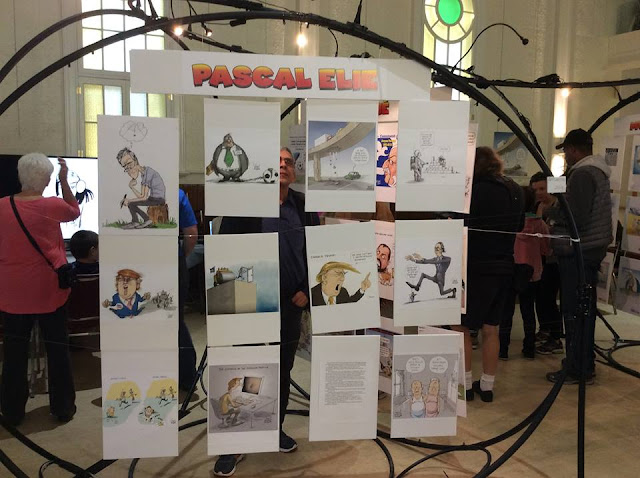 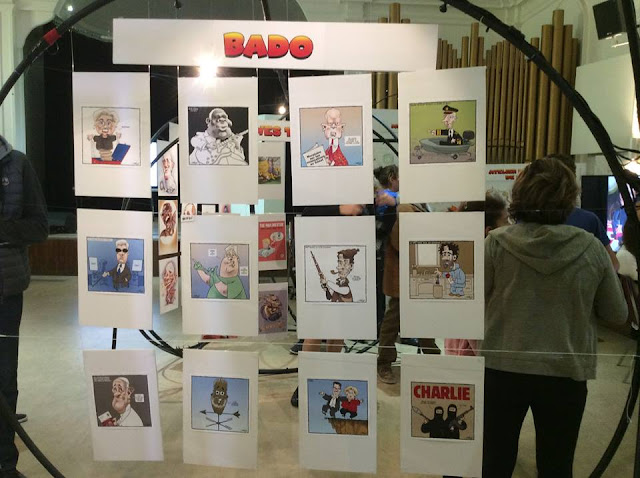 A bonus for families visiting the cartoon celebration will be the glorious changing of the leaves in rustic Val-David. Toddlers and teens will be supplied with an area to draw cartoons. All the while, actors, entertainers and professional musicians will create a festive atmosphere.

This year, 1001 Visages, in celebrating its 10th anniversary, has moved forward to embrace international matters and concerns. Besides an exhibition of the works of all the above-metioned cartoonists, 1001 Visages will present the work of Charu, a native cartoonist of India.

Additionally, a section of the exhibition will be dedicated to this year’s tragic events at the offices of Charlie Hebdo in Paris.

And, in conjunction with that, there will be a superb display of 40 caricatures from the McCord Museum titled Freedom Of Expression Towards And Against Cartoonists that has been curated by the McCord’s Christian Vachon.

As is done every year, 1001 Visages will honour the work of two Quebec cartoonists in 2015 – myself and Jacques Goldstyn. 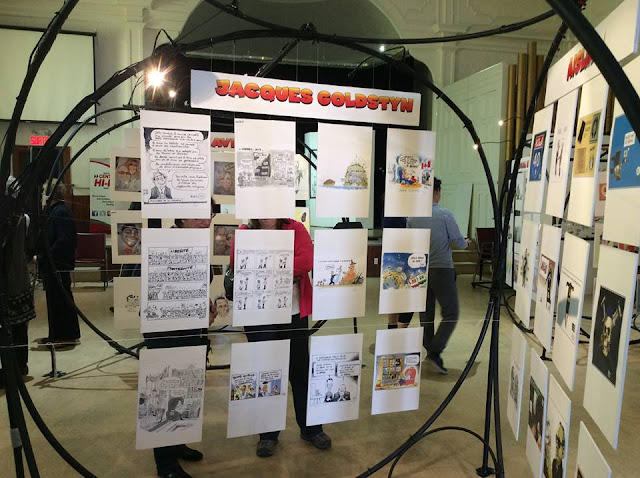 Goldstyn, who sometimes works under the pen-name Boris, is a passionate cartoonist and versatile designer who has produced a body of interesting work for any number of Quebec publications and organizations over the years. Since the start of his career, much of his work has dealt with scientific communication in comic strip form. Subsequently, Goldstyn was the co-recipient of the Michael Smith Award in 2000 that honours those who have made an outstanding contribution to the promotion of science in Canada.

Admittance is free.
More information at www.1001visages.com
Published by Bado at 5:30 PM