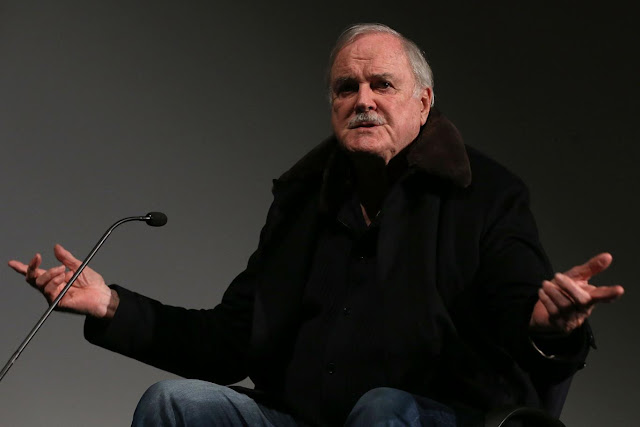 John Cleese has said political correctness is destroying comedy and could lead to an Orwellian existence.

He compared the constant fear of offending to living in a dystopian society like the one created by George Orwell in his novel, 1984.


In a video for The Big Think the Monty Python star said: “The idea that you have to be protected from any kind of uncomfortable emotion is what I absolutely do not subscribe to.”

“If you start to say ‘We mustn’t criticise or offend them’ then humour is gone. With humour goes a sense of proportion, then as far as I’m concerned you’re living in 1984.”

The Fawlty Towers star quoted psychologist Robin Skynner, saying, 'If people can’t control their own emotions then they need to start controlling other people’s behaviour’ before adding: “When you're around people who are super-sensitive, you can’t relax, be spontaneous as you have no idea what is going to upset them next.”

The comedian also revealed that he has been warned to not visit university campuses “because the political correctness has been taken from being a good idea […] to the point where any kind of criticism of any individual or group could be labelled ‘cruel’.”

Cleese isn't the first comedian to hit out at political correctness. In an interview with ESPN Radio’s The Herd with Colin Cowherd, Jerry Seinfeld said that he avoids gigging at college campuses.

“They just want to use these words: ‘That’s racist. That’s sexist. That’s prejudice'," he said. “They don’t even know what they’re talking about.”


More about the oversensitivity of college students:

"The Coddling of the American Mind" in The Atlantic.
Published by Bado at 8:14 AM