Ann Telnaes: The barometer of a free press 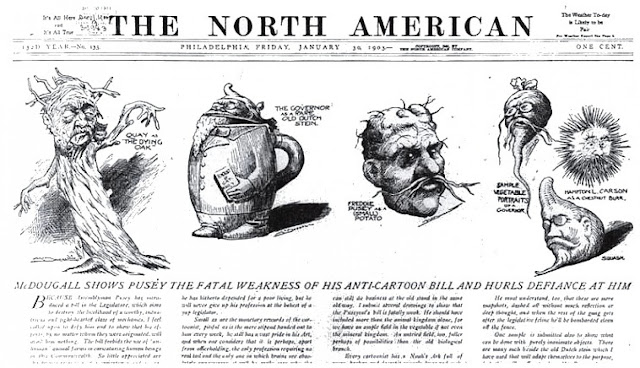 The Washington Post prints a version of Ann Telnaes' speech that was delivered as the keynote address at the Canadian Committee for World Press Freedom luncheon in Ottawa on May 2, 2017.

It's funny, stunning and true. And it's still going on today. Read her opening salvo below, and go read the entire speech here.

"It was 1903 and Pennsylvania Governor Samuel Pennypacker had had enough. After a year of being depicted as a parrot by the cartoonist Charles Nelan of the North American newspaper, the governor wanted the satirical drawings stopped. The reason for Pennypacker’s frustration was that the cartoonist was using this visual metaphor to portray him as a mouthpiece for special interests.

The governor did not take kindly to that and had an anti-cartoon bill introduced into the state legislature in order to silence his detractor. The bill proposed a ban on 'any cartoon or caricature or picture portraying, describing or representing any person, either by distortion, innuendo or otherwise, in the form or likeness of beast, bird, fish, insect, or other unhuman animal, thereby tending to expose such person to public hatred, contempt or ridicule.'

Pennypacker’s attempt to silence his critic backfired, though, when another cartoonist proceeded to draw the governor as a tree, a beer mug and a turnip."


She goes on to point out the cartoonists incarcerated because of their critical drawings.

Worse, was the LA Times' treatment of editorial cartoonist Ted Rall. Ted was terminated and the paper printed lies about him on the Los Angeles Times editorial page. He is suing the LA Times, but had to come up with $75,000 to have his day in court.

He raised the money through GoFundMe.com and the case is slowly moving forward. The plan, which is one we have all seen before, is for this large corporation to bankrupt Mr. Rall if he seeks a legal remedy.

Even today: a big bully is after a regular person who draws funny pictures for a living. Ted's GoFundMe is still active. I have given him money to help support his legal fight.

As Ann Telnaes points out:


"White House Chief of Staff Reince Priebus said in a recent interview that libel laws are 'something that we’ve looked at.'"

Freedom of the press is in danger. 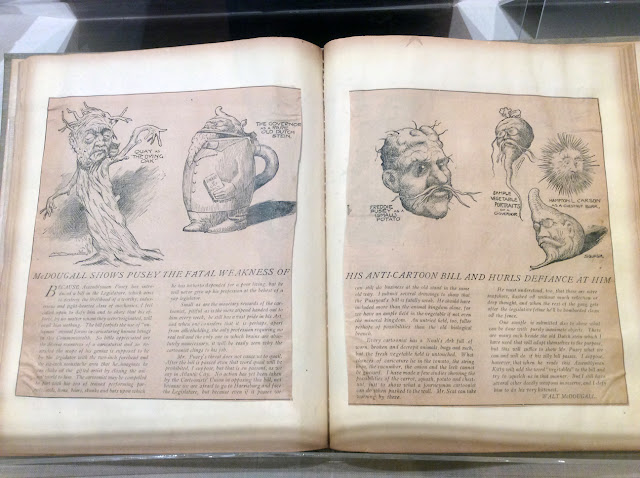