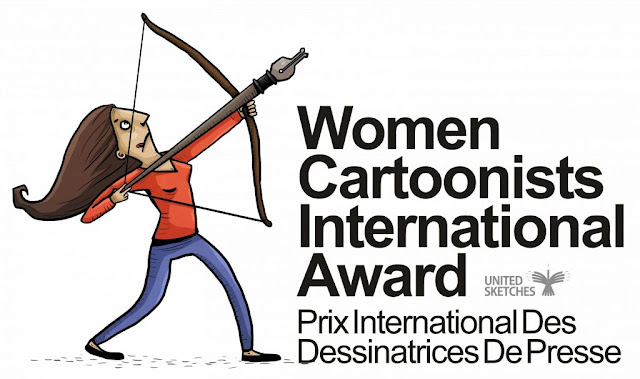 The “Women Cartoonists International Award“ announced Doaa Eladl from Egypt as the winner of the first grand prize, while Camila de la Fuente from Venezuela/Mexico won the youth prize after a tough selection from more than 1000 submissions of 260 artists from every corner of the planet, organized by United Sketches.

The jury selected 100 works from the world’s most phenomenal women as finalists for the “Women Cartoonists International Award “. The jury consisting of 14 journalists, activists and cartoonists had a challenging mission to choose from all the submissions and they were amazed by sophisticated level and wonderful depth of the powerful works.

Next to the two awards, the Jury wants to recognize 7 other artists who are:

United Sketches launched the World’s first ever International Cartoon Award dedicated to cartoonists who are women, as a global art movement. The award will be held annually, exclusively to women cartoonists who are interacting with their surrounds and issues happening in the world.

It proves more than ever that many talented women in cartooning need platforms to show their work. The two themes of the award in 2019 were “Climate Change” and “Equality”, and the results were amazing.

“Women cartoonists, who normally occupy less than 5% of the political cartooning community in recent years have nonetheless emerged as some of the most powerful and effective image-makers in the world. They have carved out a new space for their voices with sharp elbows and sharper pens”


The Jury of 14 members said: “Cartoons are powerful. They can speak truth to power and get to the heart of an issue in a moment. Yet cartoonists are often targeted for this reason. These awards help shine a spotlight on the amazing female cartoonists working globally.”

United Sketches expresses its special thanks to Ann Telnaes, Dr. Robert and Hemamalie Russell and Le Mémorial de Caen [ Caen Memorial Museum] for being the first to support and for sharing their brilliant ideas that made this unique project happen. 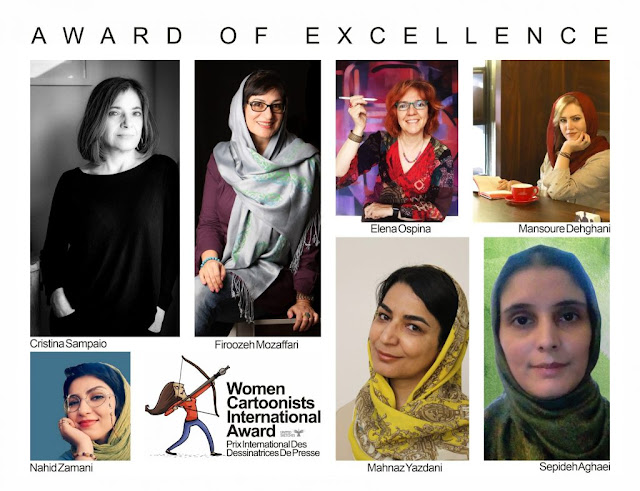