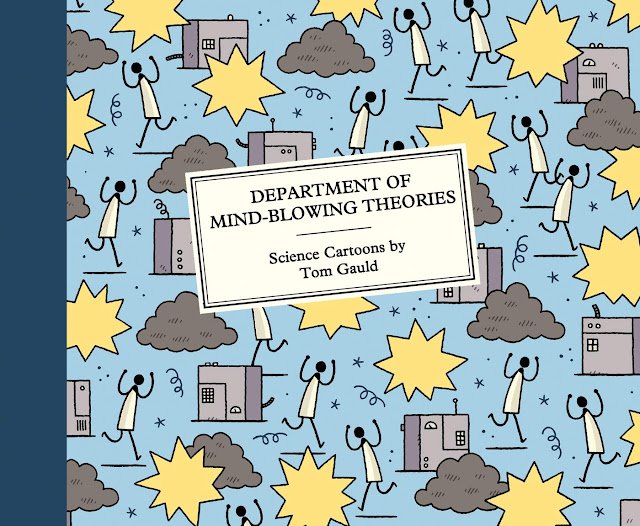 In Gauld’s landscape, the Department of Experimental Geography is at the top of an M.C. Escher staircase; a space probe scheduled to be shut down goes through the five stages of grief; and the Quantum Cartoon is “simultaneously funny and unfunny.” 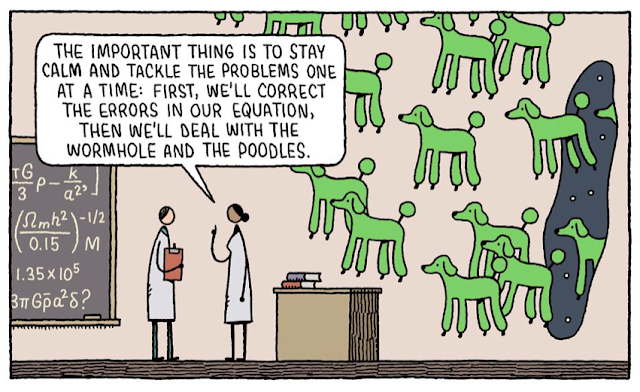 A reference to Professor Larson nods to the influence of the Far Side, but Gauld’s sense of funny is its own blend: half the erudition of New Yorker cartoons (where he is also a contributor), half the scrappy out-and-proud nerdiness of Internet memes.

(One character interrupts an insufficiently sophisticated gag by crying, “Sir, this is an erudite science cartoon!”) 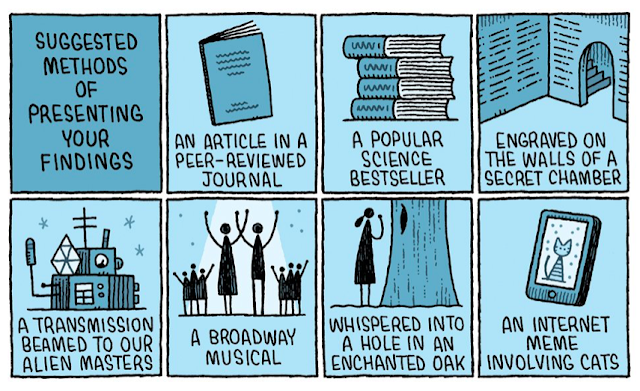 His slight, dot-eyed characters, frequently drawn in silhouette for maximum anonymity, are barely more than stick figures, but they inhabit detailed backgrounds carefully filled with elaborate machinery and fanciful patterns.

Cartoons that assume an equal understanding of nanobots and the Arts and Crafts Movement are, by design, not for everyone. 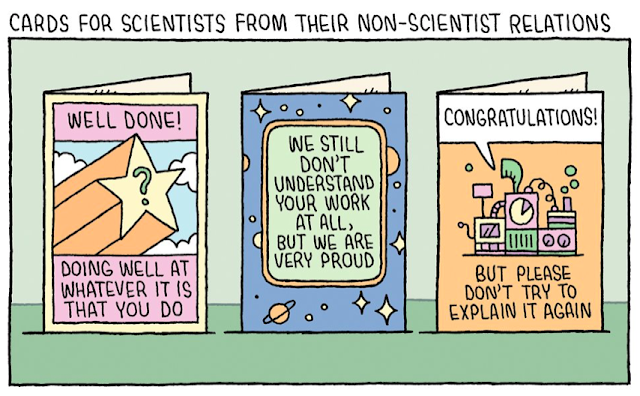 But fans of smart science-boosting comics like the web-based xkcd—and actual scientists, of course—will grin.