Laerte, Montanaro, Alberto Benett, Claudio Mor and Renato Aroeira : in two days, five press cartoonists from Brazil were intimidated.
Cartooning for Peace strongly denounces the intimidations and joins the movements of solidarity with the cartoonists concerned.
As Brazil becomes the new epicentre of the pandemic, the intimidation of cartoonists is increasing alarmingly. First of all, cartoonist Laerte and cartoonists Montanaro, Alberto Benett and Claudio Mor were arrested for cartoons relating to the police violence that occurred in December 2019 in Paraisópolis, which claimed 9 victims. The cartoons were published by the newspaper Folha de São Paulo.
Defenda PM, an association of military officers in the state of São Paulo known for its radical conservatism and its proximity to current President Jair Bolsonaro, intends to obtain “explanations” from the cartoonists, a sort of “prelude to criminal action”, as explained in an article in the newspaper Folha de São Paulo.
According to observers such as Reporters Without Borders (RSF), this action, which comes six months after the publication, amounts to a clear attempt at intimidation.

Cartoonist Renato Aroeira and journalist Ricardo Noblat are the subject of a request for an investigation into the following cartoon by Renato Aroeira and published on Twitter by Ricardo Noblat.
The grievance concerns the association between President Jair Bolsonaro and Nazism.
The cartoon depicts President Bolsonaro applying black paint to the red cross to turn it into a swastika. The headline reads, “The Crime Continues.”
The Minister of Justice, André Mendonça, has asked the federal police and the Public Prosecutor’s Office to investigate, under section 26 of the National Security Act.
Article 26, dating from the time of the military dictatorship, prohibits “defamation or slander of the President of the Republic, the Federal Senate, the House of Representatives or the Supreme Court, and accusing them of an act classified as a crime or an act prejudicial to reputation may result in a prison sentence of between one and four years”.
Earlier, it was the Special Secretariat for Social Communication (Secom) that announced that it wanted to sue the cartoonist and journalist for defamation.

Both the cartoonist and the journalist, who are critical of the current president’s policies, have been prosecuted in the past. The cartoonist, who had already made drawings proposing a similar analogy, considered that it was not he who made the association but the speeches of the president himself.

For its part, the Brazilian Press Association (ABI) expressed its solidarity with the cartoonists of Folha de São Paulo and Renato Aroeira and Ricardo Noblat.
Marcelo Rech, the president of the National Newspapers Association (ANJ), quoted by the newspaper Extra Globo, recalled for his part in connection with the Aroeira cartoon that humour is protected by the right to freedom of expression and that it has the particular function of further extending the limits of this freedom.

Solidarity also emanates from the community of cartoonists who have decided to express it on social networks and from actors in cultural life who have launched a petition in support of Aroeira.
It should also be remembered that in November 2019, an MP destroyed a panel from an exhibition on racism containing a drawing by cartoonist Carlos Latuff. 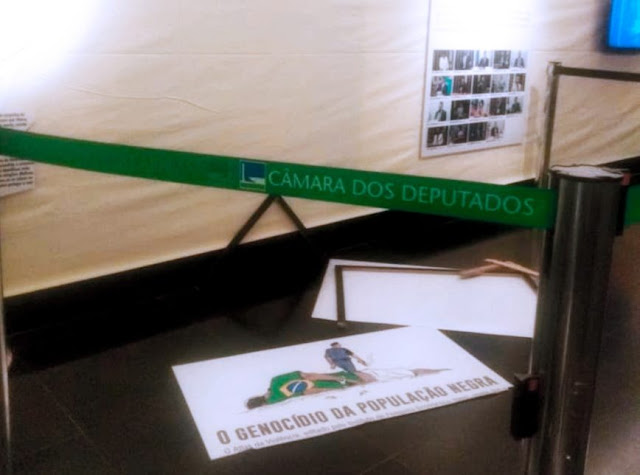 Cartooning for Peace is committed to closely monitor developments in Brazil and recalls the fundamental importance of freedom of expression and press cartooning, especially in times of crisis, in a joint statement with The Cartoon Movement and CRNI
A petition to support Renato Aroeira has been launched.
Cartoonists have taken up the cause on Facebook:  #SomosTodosAroeira
UPDATE
Brazilian President Jair Bolsonaro threatens to sue cartoonists who criticize him. 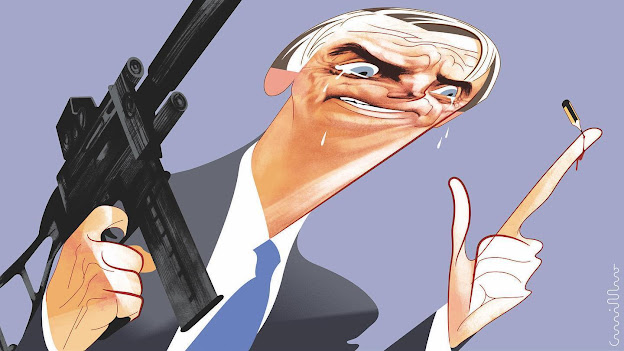