Susan Schwartz in The Montreal Gazette. 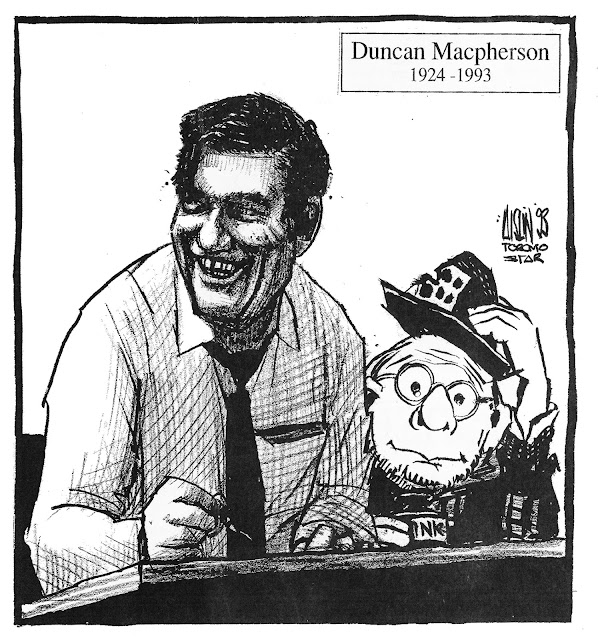 Duncan Macpherson (1924-1993) was Canada’s most celebrated political cartoonist. He won six National Newspaper Awards for his work at the Toronto Star and was awarded the Order of Canada, among many other honours.

But his output ended before the internet was a thing, and many Canadians are not aware of him or his work.

In an engrossing and beautifully crafted and illustrated biography published this month, Terry Mosher — another political cartooning giant, better known to readers of the Montreal Gazette as Aislin — has done his best to place Macpherson, as he put it, “back on the map as a great cartoonist, a great Canadian and a great artist.”

With Professional Heckler: The Life and Art of Duncan Macpherson (McGIll-Queen’s University Press), he has written and art-directed a masterful work that gives readers a sense of the man, flaws and all, his personal journey and the time in which he lived, and illustrates, through words and images, his prodigious talent.

It is Mosher’s hope that the book will find its place in libraries and archives.

Although lauded as a brilliant cartoonist, Toronto-born Macpherson was generally dismissed as only a passable painter, a “mere illustrator.” Mosher believes that judgment needs re-examining. He “drew as well, if not better, than any other Canadian artist who comes to mind,” Mosher writes.

“I don’t have a lot of time for people who can’t draw very well. But when somebody draws well, as Duncan did, I almost swoon,” he said in an interview with the Montreal Gazette. “Look at the confidence. Then you combine that with wit and cleverness and, my God, it is wonderful.

“And so in that way, Duncan influenced me in terms of the importance of the text within a cartoon. I feel a debt to him for so many things. That’s why writing the book is so important to me.”

The two men met in 1971, while doing courtroom sketches in Montreal during the Front de libération du Québec trials — Mosher for the Montreal Star (he jumped to the Gazette in 1972) and Macpherson for the Toronto Star. 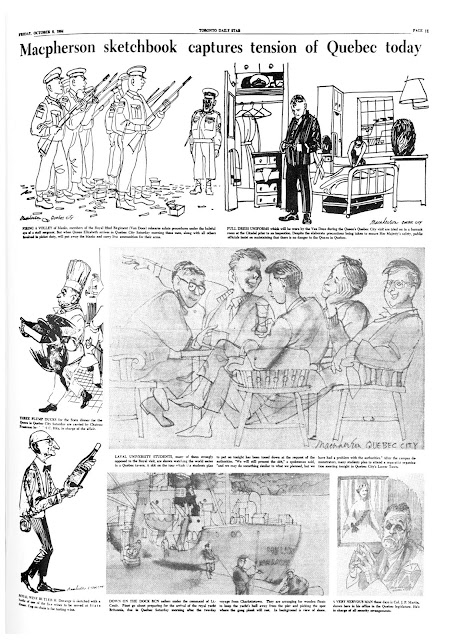 They would gather at the Press Club in Montreal or Toronto for drinks. In the 1970s, both were “functioning alcoholics,” as Mosher puts it in the book. He quit drinking in 1985; Macpherson never expressed a desire to stop.

Some drink to excess “to forget or mask pain in their lives,” Mosher writes. “Others drink because it enables them to become the type of person they admire: creative, gregarious and popular. I believe that Duncan Macpherson fell into the second category. Inevitably, there is a price to be paid.”

He was brilliant, said Mosher. But he had his demons.

When he wasn’t drinking, Macpherson was “a gentle, thoughtful and even apologetic type,” Mosher writes. Drunk, “he could be heavy-handed, arrogant and a troublemaker. He freely acknowledged those faults, but insisted I was worse. I’m in no position to judge.”

Macpherson’s most famous cartoon was one he did not long after joining the Star in 1958. It depicted John Diefenbaker as Marie Antoinette, queen of France during the French Revolution. When told that her peasant subjects were starving and had no bread, the story goes, she said: “Let them eat cake.” 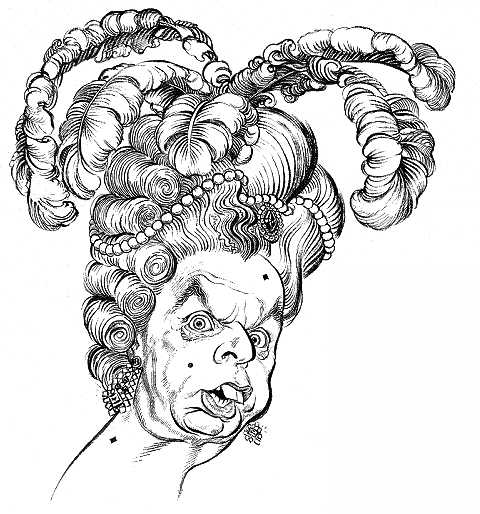 In February 1959, Diefenbaker announced his Progressive Conservative government’s baffling decision to scrap plans for the Avro Arrow, a promising twin-engine fighter jet. Among other things, cancelling the program meant the loss of jobs for thousands of skilled Canadian workers.

With that cartoon, “Macpherson established himself almost overnight as the pre-eminent cartoonist in Canada,” Mosher writes.

The cartoon marked the beginning “of the country’s disillusionment with the Diefenbaker government,” Pierre Berton observed in the 1975 film The Hecklers , a National Film Board history of Canadian political cartooning conceived by Mosher. Berton, a columnist at the Star, had been instrumental in bringing Macpherson on.

As Macpherson himself put it in The Hecklers: “You’re a heckler, basically. And to be a good professional heckler, you’ve got to throw insults at all of them. I criticize my subjects the same way you’d criticize a hockey player for his play on the ice. You react to a situation, not because you’re a moralist or anything like that. It’s because you’re a contrary sort of person, a cynic.”

He never intended his cartoons to be vicious, “but if the only way to make a point is through a pretty tough delivery … well, the point’s going to be made.”

Macpherson was a shy child, whose mother had taught him “to be respectful and polite.” But when people laughed at his cartoons, he said, “I discovered an avenue of expressing insolence, of being impudent, even boldly disrespectful. This period may have incubated my satirical attitude toward society.”

In 1942, he enlisted with the Royal Canadian Air Force and shipped out to England. Disqualified from training as a pilot because of hearing issues, he had lowly jobs that brought out his disdain for authority.

He began his art training in the final months of the war in London and, like many young men who served in the Second World War, brought “his boisterous, social-drinking habit home with him,” Mosher writes.

With federal government support as a veteran, he attended the School of the Museum of Fine Arts in Boston and the Ontario College of Art in Toronto. “Drawing was as natural to me as breathing,” he observed.

The art director of the Montreal Standard (later Weekend magazine) had seen Macpherson’s work in an exhibit of servicemen’s art in Ottawa and commissioned him to illustrate stories for the magazine. By the mid-1950s, he was also doing steady work for Maclean’s, illustrating fiction pieces and occasional covers. 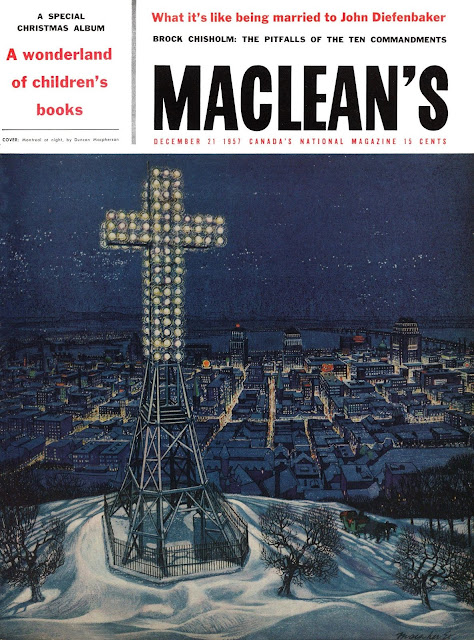 Macpherson’s repertoire for the Star was not limited to cartoons. He also did wonderful illustrations of everything from hockey games to royal visits and travelled on assignment to countries including Cuba, Russia and China. 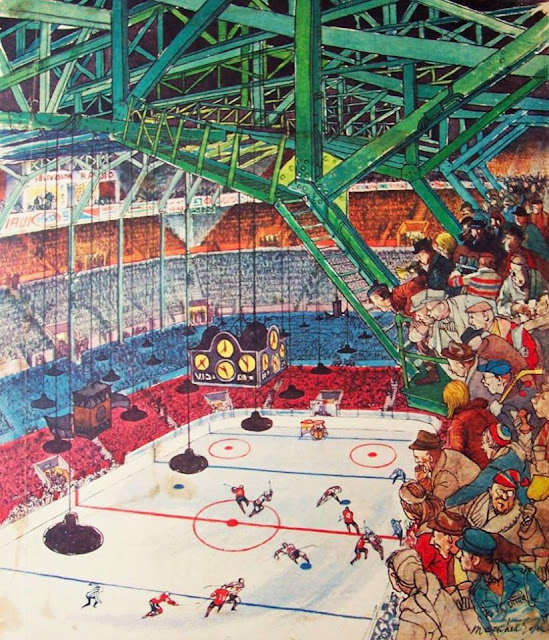 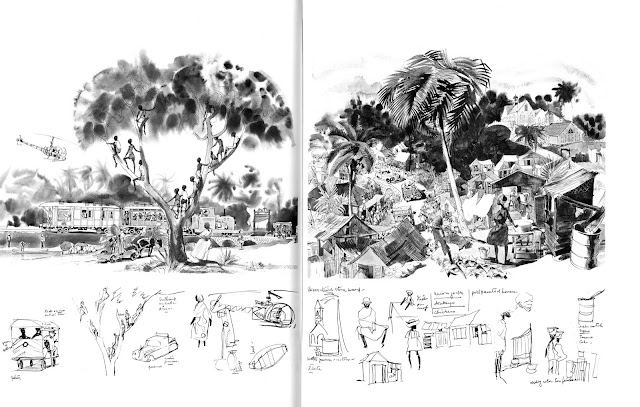 Macpherson officially retired from the Star in 1980. His “anger had lost its edge,” Mosher writes, “and he wanted to move on to the pursuit of a lifelong dream.”

Although he continued to freelance for the Star to make ends meet, he soon left Toronto for the community of Beaverton, on Lake Simcoe — he’d always loved boats and the water — and devoted the last decade of his life to painting. He died from pancreatic cancer in May 1993.

Somehow — no one knew quite how — a small museum in New York state had a cache of nearly 800 Macpherson originals. Mosher learned about it in 2012 and made returning them to Canada a cause; today they are in Montreal’s McCord Museum.

As he was helping to work the deal out, he met with Macpherson’s widow, Dorothy, and their son, Ian. Ian mentioned that his father had written a 350-page personal journal; did he want to read it? Mosher jumped at the chance.

The journal provided the inspiration for the biography of Macpherson he had long wanted to write.

The book is Mosher’s 51st — the other 50 have been collections of his work or collaborations with others — and his most extensive writing project. He had full access to Macpherson’s personal journals and photos, and pored over his cartoons stored at Library and Archives Canada, the Toronto Star and, now, the McCord.

He did extensive interviews and drew on his own deep knowledge of the man’s art and craft. He said he enjoyed “the jigsaw aspect” of the work, deciding what to include and emphasize.

So rewarding was the project, said Mosher, 77, that he has decided to write his own memoir.

The book is now available in bookstores and online.
The first signed copies are now at Paragraphe Bookstore, 2220 McGill College Ave.
A limited hardcover edition of 250 copies, at $150, has been printed for libraries and book collectors.
Published by Bado at 12:00 AM