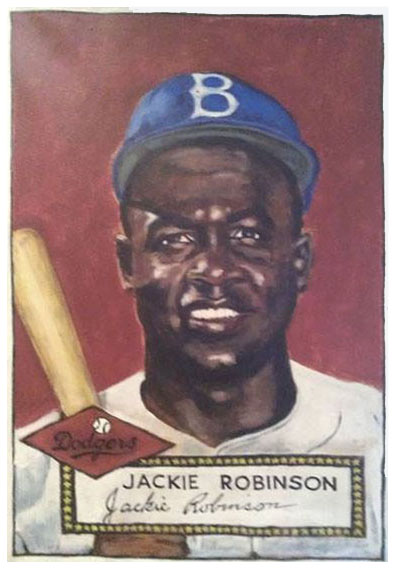 When Vancouver artist Bob Krieger started painting the heroes of his youth 10 years ago, he never imagined how much the portraits would resonate today.

Jackie Robinson, who was the first Black player to break Major League Baseball's colour barrier when he suited up for the Brooklyn Dodgers in April 1947. 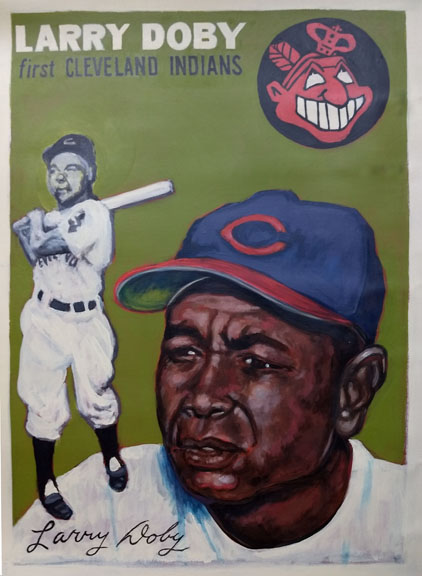 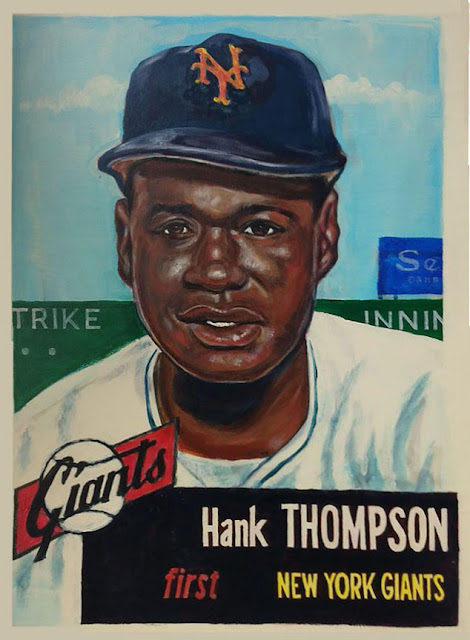 All the way through to the last and most stubborn racist holdout of the original 16 teams: the Boston Red Sox, who in 1959 signed their first Black player, Elijah "Pumpsie" Green.

"To be a Black ball player in those days was extremely difficult," said Krieger. "And especially to be the first guy on a team like Philadelphia, which was notorious for being quite racist, or St. Louis in the south. Jackie got all the recognition, but these guys should, too."

Eight of Krieger's portraits, which are loosely based on baseball cards of the era, are on display at AMP Studio in East Vancouver. 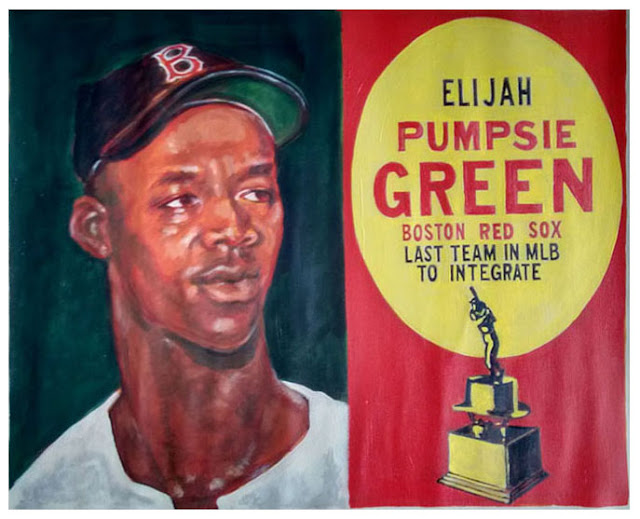 The show is well timed amid the recent groundswell of anti-racist sentiment and Black Lives Matter protests across the U.S. and elsewhere — but it wasn't planned that way.

The collection was languishing in his studio when curator Valerie Arntzen got wind of it and asked to take a look.

"I got goosebumps. They're fantastic, so timely and the story is beautiful," said Arntzen. "There's been lineups at the windows — families, dads talking to their little kids. It starts a conversation, which is the whole point."
A bred-in-the-bone San Francisco Giants fan, Krieger has been captivated by baseball since he was a boy. But more than stats and standings, it's the mirror the game holds up to his home country that fascinates him.

"I certainly remember the civil rights movement, Martin Luther King and Malcom X," he said. "And the plight of Black athletes always interested me, especially coming upon the realization that Jackie Robinson and his integration into baseball had such a great impact on American society."

Social justice is also a main theme in Krieger's other career as an editorial cartoonist for The Province newspaper and various publications. Relatively new to painting, he still finds it a little intimidating.

"Painting is a whole new deal," he said. "It's the opposite of cartooning, where you have all these highly paid people giving you ideas.

"If I want to paint something, first of all it takes a lot longer. And I better have a damn good idea before I start slopping paint around."

The show runs until the end of August at AMP Studio, 800 Keefer St.