Why does no one want to be a cartoonist any more?

Nick Newman in The Spectator. 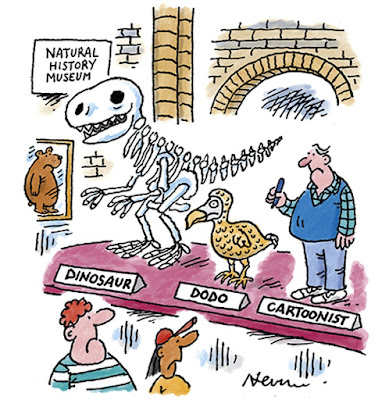 ‘Nightmare!’ is how The Spectator’s cartoon editor Michael Heath has been describing cartooning for at least 30 years, but it’s truer now than ever.

Eighty years ago, cartoonists were so celebrated that waxworks of Low, Strube and Poy were displayed in Madame Tussauds.

Today, all that remains of Low is a pair of waxy hands in Kent University’s British Cartoon Archive.

We are a vanishing species.

There is a lack of new blood in the industry that doesn’t bode well for the future.

When I was a student, getting published in Punch and Private Eye was seen as the pinnacle of a career in humour.

Many tried —and succeeded — from an early age. K.J. Lamb was selling gags to the Eye while still at Oxford. Ken Pyne was published in Punch when just 16 — as was Grizelda in Private Eye.

The Financial Time’s Banx was also a Punch stalwart by the time he was 20.

Now we are all middle-aged and there are few youngsters snapping at our heels. The last time six cartoonists met at a Spectator party we had a combined age of over 350. In a recent photo of Eye cartoonists, featuring 45 of the top names, only one was under 30.

Yet there’s every indication that cartoons are as loved by the public as ever. They are tweeted, shared, posted on Instagram; they go viral and get printed out and stuck on fridges.

Pocket cartoons, pioneered by Sir Osbert Lancaster in the 1930s, are a particularly British art form and one that is still prized. Editors place topical gags on the front pages of newspapers, a practice rarely seen in France, Germany or America.

So why the dearth of new cartooning talent? The simple answer is that the opportunities have narrowed.

Since the death of Punch, the main outlets for freelancers are Private Eye, The Spectator and the Oldie — and competition is fierce.

Private Eye receives more than 500 submissions per issue and publishes up to 50.

Every newspaper used to have regular pocket cartoonists — now only a handful survive. In straitened times for print media, the cartoons are often the first to go. Many of us lost work when lockdown was announced.

Another problem is financial.

Some publications haven’t raised their rates since before the fall of the Berlin Wall, while others pay as little as £50 per cartoon.

Compare that with the New Yorker, which is reported to pay between $700 and $1,400 per gag, depending on the artist’s ‘seniority’.

One British publisher once asked me: ‘If we pay more, will the jokes be any funnier?’ I wish now I had said yes.

It isn’t just the lack of money that’s deterring new talent. There is also fear of failure.

Rejection is a way of life for even seasoned cartoonists and today’s snowflakes can’t cope with it.

I recently encouraged a promising young cartoonist to try The Spectator, which he did with immediate success. I still warned him: ‘You will get rejected. Everyone gets rejected.’ After two issues of ‘no thanks’ he has abandoned cartooning.

We veteran cartoonists do try to encourage the next generation, although it’s akin to committing professional suicide.

We joke that the objective is to identify the talent and then break their little fingers, but we stupidly don’t, and instead celebrate new stars and extra competition. 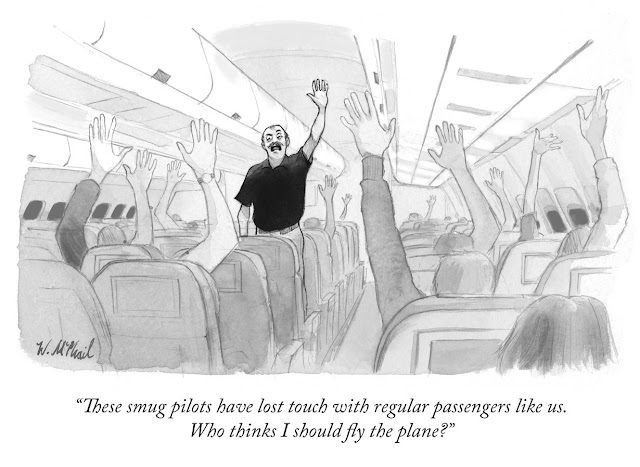 Former winner Will McPhail is now a New Yorker regular; Rob Murray draws for Private Eye and the Sunday Times; Ella Baron for the Times Literary Supplement. All were in their twenties when they won, which suggests the talent is out there. 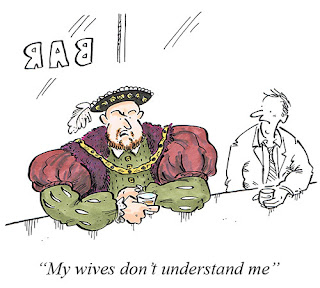 Graphic novels such as Kingsman, which was turned into a successful Hollywood movie franchise, are a more enticing means of earning a living. 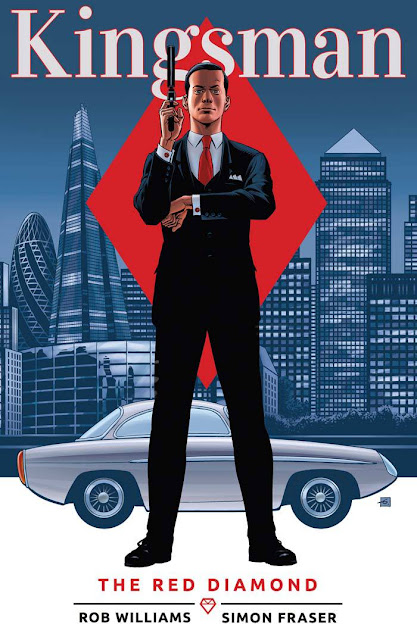 Also, the ability to self-publish online cuts out editors who say, in the words of Heath: ‘You are not funny, Mr So-Called Funnyman.’ 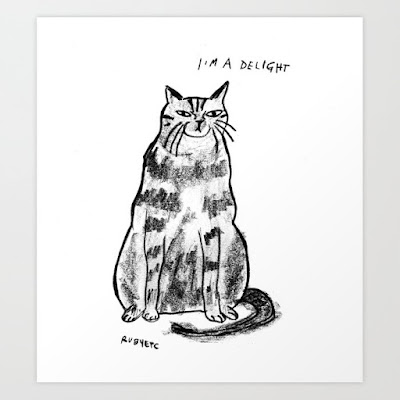 Ruby Elliot is a young illustrator better known as ‘rubyetc’ on Instagram, where she has 277,000 followers. Through her website, she sells merchandise, artwork and subscriptions to her cartoons. 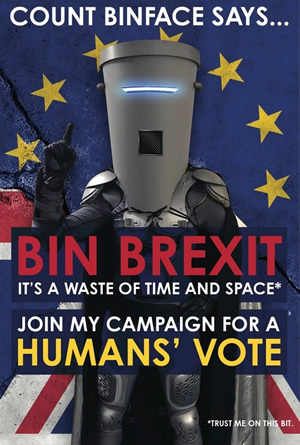 Jon Harvey, the creator of Count Binface (who stood against Boris in his Uxbridge and South Ruislip seat in the last election), is the sort of sharp-minded political gagster who in another era would have drawn up his ideas and sold them to publications.

Instead, he puts his jokes on Twitter to boost his online profile. It’s quicker, the response is immediate and, as he quips: ‘The editor of my Twitter page is more likely to take it.’

The theory is that getting noticed online may lead to commissions for radio and TV. He describes the internet as a ‘Wild West’ of opportunities for those who know how to self-promote or nurture a following.

For those of us brought up on dead wood who still find magic in newsprint, it may be too late to grasp these opportunities. So we continue to live the ‘nightmare’.

How long the nightmare continues remains to be seen.
Published by Bado at 12:00 AM