Luke Davies: Hergé and me

(Thanks to Mike Lynch) 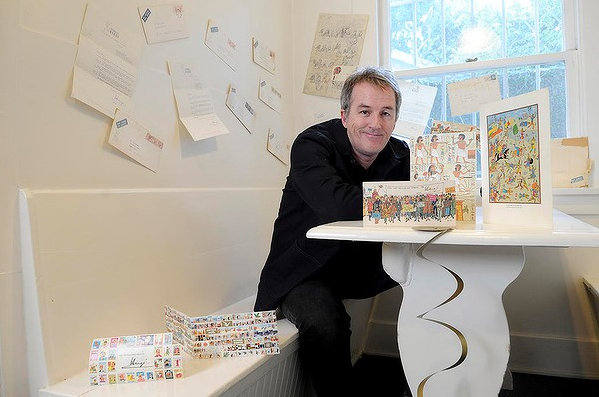 As a child, the empathy Luke Davies felt for fictional teen reporter Tintin led to a special relationship with the Belgian artist who created him. Four decades on, the Australian author still treasures their correspondence.
My father remembers the moment, early in 1971. Nine years old, I casually announced that I planned to write to Tintin author Hergé and I needed help to find an address.

''You predicted to me how things would play out,'' my father says when I call him as I prepare to write this story. "You said you'd write back and forth and tell each other what was going on. You were relaxed and happy about it. I tried to gently pour cold water on the idea - I told you that thousands of kids probably wrote to him and that he mightn't have time to get back to you individually. But you shrugged it off.''

Dad tracked down the address for Methuen Publishers in London and away I wrote. To my father's surprise and my own joy, a couple of months later a beautiful letter turned up. An embossed Tintin waved to me from the envelope, his faithful dog, Snowy, trotting happily alongside him.


"Dear Luke,'' the letter began. ''It was a very kind and interesting letter you sent me and I thank you very much for writing it.''
My heart leapt. Forty years later, I do not remember the casual confidence with which I had sent my father on his address-finding expedition; but I do remember the intake of breath, the sudden sense of my world expanding, when I opened that envelope.
For the Tintin books were my emotional universe. To read them felt quite simply like being loved: in advance, and by an entire world of possibility, my future. Even today, the power of reading one of them remains visceral: each book acts as a form of transportation, not just to the emotional landscape of this first literary love affair but to very specific memories.

King Ottokar's Sceptre.
One summer morning, the family began the trek up the Pacific Highway from home in Sydney to Surfers Paradise, where each year we spent our Christmas holidays. The usual 12-hour journey was interrupted when my little brother, Felix, who'd had an ongoing illness since birth, became sick and wound up having to spend the night in Grafton Base Hospital.
We booked into an old-fashioned pub by the Clarence River. The situation with Felix mustn't have been great because there was about an hour at dusk when our parents left me and my older brother, Ben, on our own in the hotel room. I remember feeling: ''OK. We're alone in an alien place and our parents aren't here. When they come back, they'll feed us.'' I curled up on my lumpy bed with Prisoners of the Sun and dived, transported, into its noir-ish, scene-setting opening panel: ''At police headquarters in Callao, Peru.''
Four decades later, I remember everything about that hotel room: the stripe of the bed cover, the great cedar cupboard, the gauze curtains, the wide verandah, the alkaline breeze from the river. And with it all I remember so vividly the unassailable cosiness, the sense of being protected, being in such an utterly foreign room and yet being, with that book in my hands, fundamentally safe. Certain books in my life have seemed psychically talismanic but only Tintin books ever felt physically so.

One of Davies' letters to Hergé.
From time to time it has struck me that as a writer I've somehow managed to live my life as I had long ago dreamt of doing, based on the Tintin paradigm: on my toes, travelling, senses attenuated, everything just adventure and exploration, curiosity and problem solving.
There's a frame in one of the books where Tintin is sitting in his cosy apartment having a boiled egg and toast for breakfast, reading the newspaper. In European cities, when I've sometimes rented an apartment to work on a novel or script, I have found myself thinking, in the middle of such a breakfast, and with a conscious, overt memory of that scene: ''Holy shit - I think I've pulled this off.''
At such a moment, one is infused with gratitude: that life, for all the unfathomable strangeness of its twists and turns, can now and again integrate, without static, the joys and dreams of the deep past with the radiant present.
We wrote several letters back and forth during the next few years. There was a remarkable consistency to his tone and style across the letters. ''I was especially delighted by your father's big idea of 'The Butterfly Farm','' he wrote. ''Respect for and interest in life are always a comforting show.''
(My father and his best friend, the novelist Kenneth Cook, had started a before-its-time ecotourist attraction on the banks of the Hawkesbury River at Wilberforce and the family moved there for a year and a half.)
I must have bombarded him with questions. ''I am married but have no children,'' he answered in one letter, ''except, of course, Tintin, Captain Haddock, Professor Calculus and all the others, and that's a family!''
There were elaborate Christmas cards, too. One, a frosted-gold scene of Tintin and the others going to church in the snow, opened up into a spiral that hung from the ceiling. Others showed various characters, disguised on an Egyptian tomb mural, or as figures on a sheet of stamps, or a crowd of protesters saying ''Non!'' to pollution. 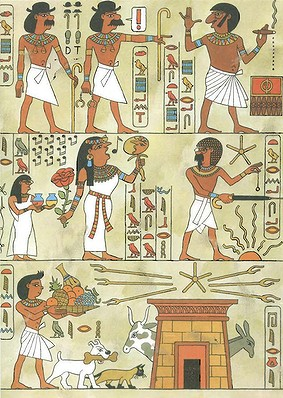 One is even a full-page rough in progress from Tintin and the Picaros, Hergé´'s final completed book, complete with a trompe l'oeil ''best wishes'' card attached with a fake rusty paper clip. 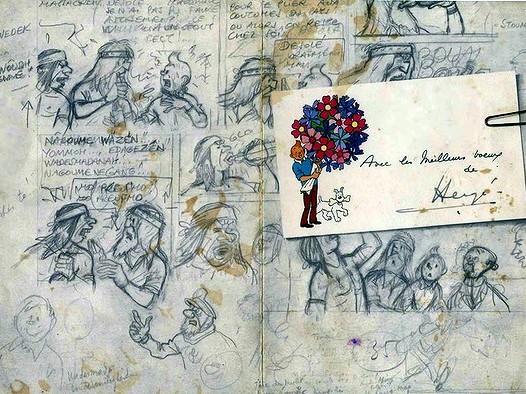 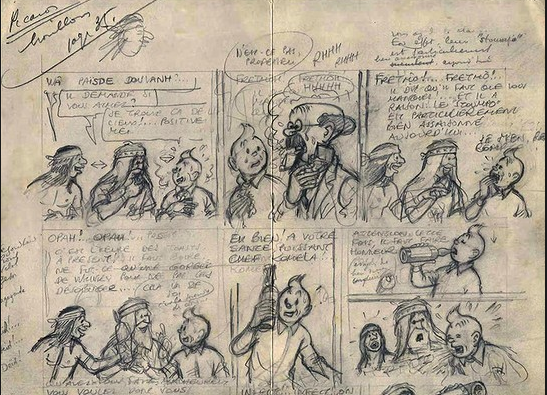 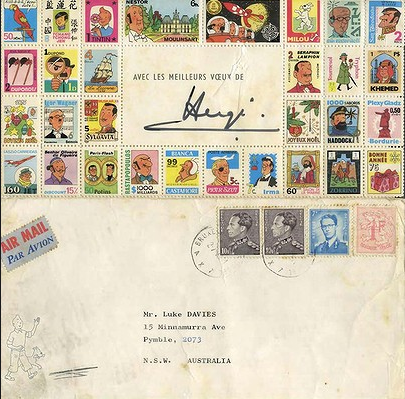 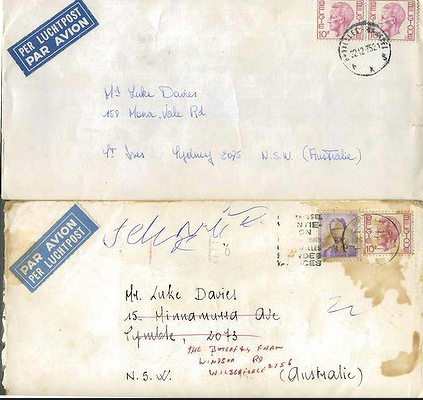 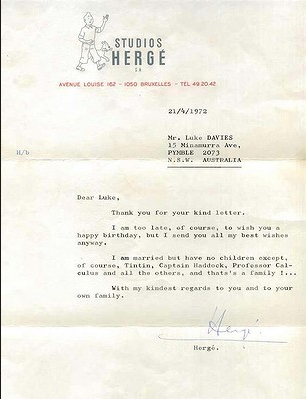