"Every Four Years: Presidential Campaigns and the Press" at the Newseum in Washington, DC

Last Wednesday's cartoon was featured in the weekly editorial cartoon selection at the "Every Four Years: Presidential Campaigns and the Press" exhibit at the Newseum in Washington, DC. 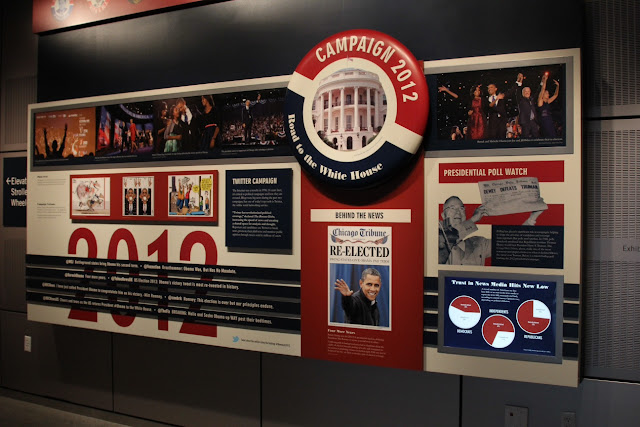 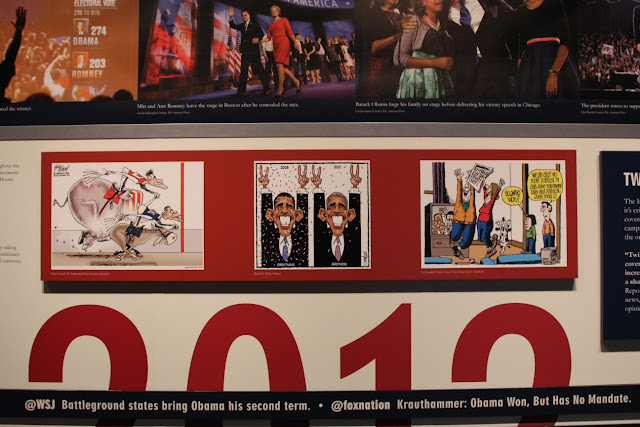 A close up of the cartoons and more about the exhibition: 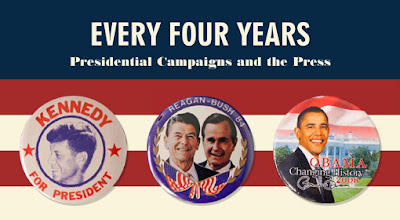 An original video on televised campaign ads, shown on a 100-foot-wide video screen in the Robert H. and Clarice Smith Big Screen Theater.

"Every Four Years" features several parody artifacts from Saturday Night Live, The Colbert Report and the Daily Show with Jon Stewart.
Location: Level 6
WASHINGTON — Every four years, Americans elect a president. And every four years, battle lines are drawn as presidential candidates and reporters face off in the conflict zone known as "the campaign trail."
The Newseum's new election-year exhibit, "Every Four Years: Presidential Campaigns and the Press," explores how media coverage of presidential campaigns has evolved from William McKinley's 1896 front porch campaign to Barack Obama's 2008 Internet campaign, as candidates and reporters tangle over issues, images and control of the story.
The exhibit features interactive activities and an original video on televised campaign ads, shown on a 100-foot-wide video screen in the Robert H. and Clarice Smith Big Screen Theater.
Among the campaign artifacts on display:
"Every Four Years" will also feature an interactive area where Newseum visitors can create their own campaign photo ops by mixing various backgrounds and candidates. Visitors also can "vote" for their picks in the 2012 presidential election in a special Newseum voting booth.
The exhibit will be updated throughout the 2012 campaign to highlight the latest news and photos from the campaign trail.