Bob Mankoff: the story behind "How About Never?"

Bob Mankoff writes about The story of "How About Never" 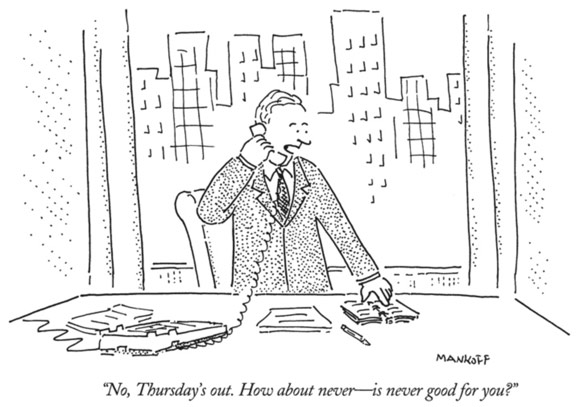 Publishing a memoir naturally engenders certain questions, one of which is what I think my “legacy” will be.

And because questions of legacy naturally engender thoughts of mortality, my preference is to avoid both the question and the thoughts, so I usually deflect them by joking that I’d like my legacy to be not dying.
But it’s time to reflect rather than deflect.

If the question is what I’d like to be remembered by, well, that’s two things.

One is the creation of The Cartoon Bank, in 1991, which, starting in 1997, archived and made available the cartoons of The New Yorker, while also assuring that cartoonists would be paid when their cartoons where bought and reused. So, do them, me, and yourself a favor and use it.

Second is how, with the editor David Remnick’s support, I helped to bring a new generation of cartoonists into the magazine, cartoonists such as Matt Diffee, Alex Gregory, David Sipress, Zach Kanin, Bill Haefeli, Farley Katz, Joe Dator, Kim Warp, Emily Flake, Carolita Johnson, and many others.

So that’s what I’d like to be remembered for.

However, what I will be remembered for is the cartoon that stands as the title for my memoir.

I drew this cartoon back in 1993, and now the phrase is firmly entrenched in the culture—so much so that it can be referred to as though it were an anonymous aphorisim. Nancy Pelosi did just that during the 2012 election: 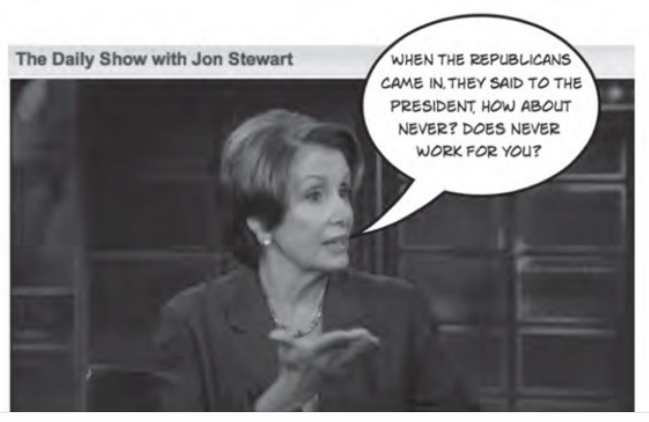 It has been included in “The Yale Book of Quotations” along with such other noted humorists as Mao Zedong.

It’s probably just a coincidence that the marketing mavens at Henry Holt & Co chose it for the memoir’s title.

That cartoon has also earned me the dubious distinction of being ripped off for t-shirts, decals, and this lovely thong: 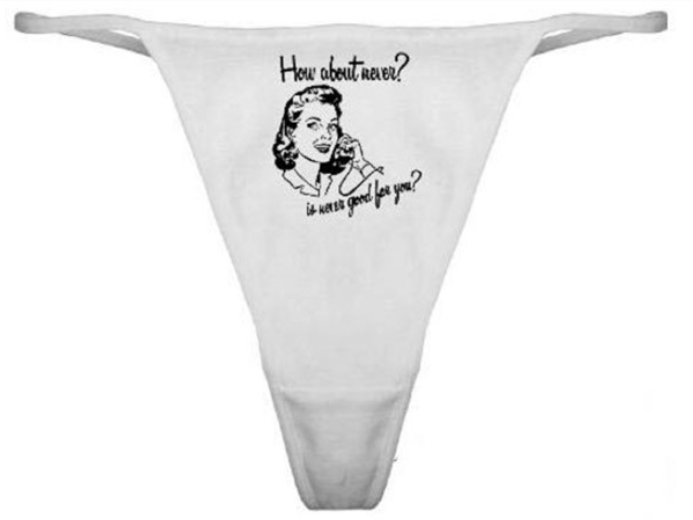 My lawyers have never been able to get me any anything for all the times that it’s been ripped off—although, if some ongoing negotiations work out, it looks like some free thongs will be coming my way.

For most of the over nine hundred and fifty cartoons I’ve done for The New Yorker, I can’t remember how this or that idea came about.

Not surprisingly, for this one, I do.

Recently, I told that story in a video interview with the Wall Street Journal:

Even though I didn’t think very much of that cartoon when I drew it, I’ve got to admit that it has always been very good to me.

And while I often have that line quoted back to me, I take care never to use it myself.