I lost a friend in the "Charlie Hebdo" terrorist attack 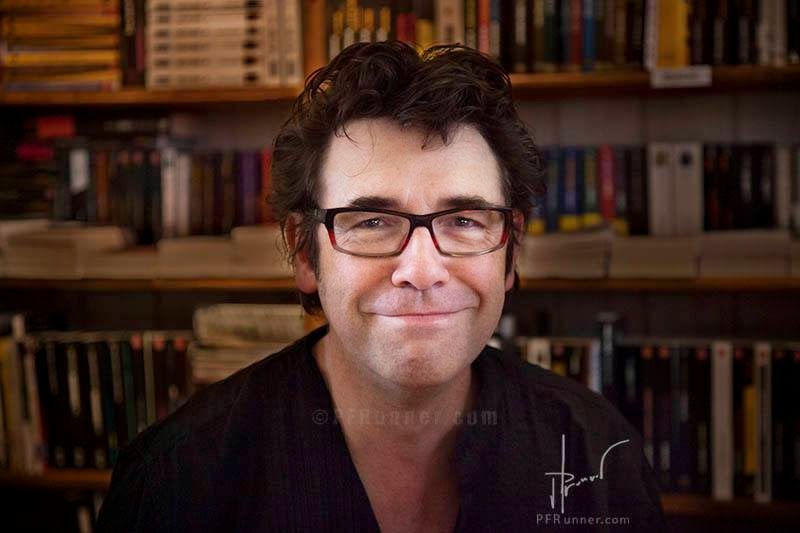 For longtime LeDroit editorial cartoonist Guy Badeaux, a.k.a. Bado, this week’s terror attack on the Paris offices of the satirical magazine Charlie Hebdo was personal. Not only was his profession targeted once again for violence, but he also lost a good friend in the attack: Bernard Verlhac, best known by his pen name, Tignous. Badeaux spoke to the Citizen’s Andrew Duffy.

How did you come to know Tignous?

I’m very much involved in the profession. I was the editor of Portfoolio: The Year in Canadian Editorial Cartoons for many years and founded the Association of Canadian Editorial Cartoonists in 1985. And I often went to France because they have cartoon festivals there and it was at one caricature festival in St. Estève that I first met Tignous in 1990. Then I met him again two years later in Rathdrum, Ireland. That’s where I got to know him better. I also attended an editorial meeting at Charlie Hebdo 10 years ago.

What was he like, Tignous? What will you remember about him?

He was a nice guy, a wonderful character. I remember our last lunch together. He was also drawing for Marianne, a weekly magazine with offices near Place de la République in Paris, and so we had lunch there with another cartoonist at a very nice restaurant. We talked then about the fact that there had been trouble at Charlie Hebdo: one of the top cartoonists, Siné, had left and had founded a rival magazine. That was two years ago. It was our last meeting.

How did you find out about what happened?

Well, I was listening to Radio-Canada in the morning; I listen to the radio show. It was at the end of the 6 o’clock newscast, I think, when they said, “There’s breaking news … there has been a shooting at the offices of Charlie Hebdo.” Their offices had been vandalized and burned a few years ago. I didn’t leave home: I was listening and hoping he wasn’t part of it. That’s what you always hope. But as it turned out, the gunmen came during the editorial meeting when everyone was there, including Tignous.

It must be difficult to imagine that editorial cartoonists have become a target for terrorists. How do you regard that?

Well, it’s like the fatwa against Salman Rushdie (author of the novel The Satanic Verses). Anyone who is successful in an attack becomes a hero in his community. This is radical Islam.

Did Tignous talk about the danger he faced?

He talked about it a bit, but he didn’t dwell on it. He was determined not to let it affect him. You hope it doesn’t happen, obviously. 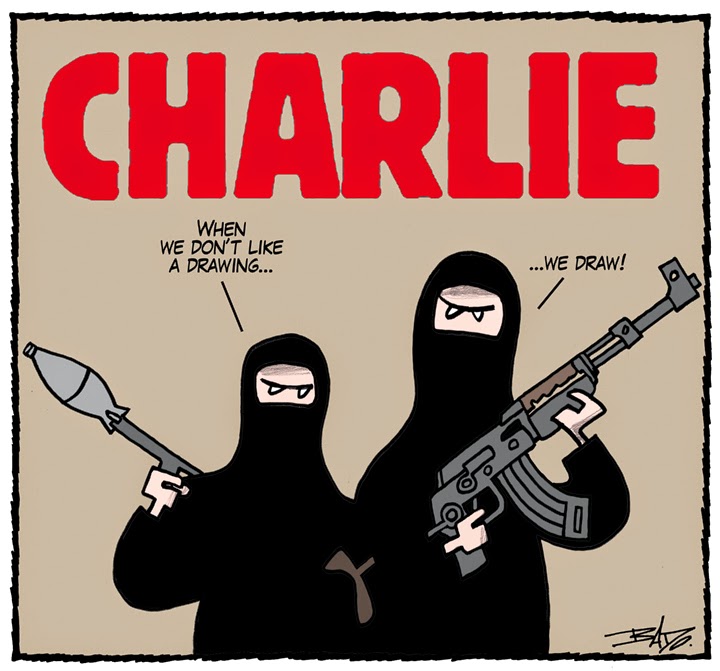 How did you decide what to draw the day after the attack?

I had the idea before I knew he was one of the victims, which was fortunate because once I learned that, I couldn’t think straight. I found the idea on the spur of the moment when I heard how many victims there were.


How do you regard the brand of humour they practiced at Charlie Hebdo?

Well, I don’t know if you can compare it to Frank magazine because Frank is more juvenile and gossipy. Charlie Hebdo is more serious. It was in the same vein as the magazine Le Canard enchaîné, but maybe not as serious. I think Cabu (Jean Cabut), one of the men killed, was the best French cartoonist of the last 40 years. He was at the top. He was also a cartoonist for Le Canard enchaîné.

Are you concerned about the effect this attack might have on your profession, about a potential “chill” on subject matter?

We’ve been concerned since the Danish newspaper first published cartoons about the prophet in 2005. This doesn’t add anything more. It just came to pass, the threat. Blood has been spilled.

Some people are calling on all newspapers to publish the work of Charlie Hebdo in solidarity with those killed. Do you think that should happen?

Yes, I think there is strength in numbers.


Those wishing to leave their condolences are asked to send it by email to:

Editor's note: I edited the first answer of this article for accuracy.
Published by Bado at 8:58 PM