From the CBC News.


A well-known Montreal photojournalist says a thief has stolen his life's work.

Le Devoir's Jacques Nadeau says earlier this week, someone broke into his home in Outremont and took hard drives containing more than three decades of photos, along with several prints.

Nadeau says when he returned home on Monday afternoon, he noticed his TV was taken, along with prints of one of his most iconic photos — a 1981 shot of then-premier René Lévesque playing pool with a cigarette dangling out of his mouth. 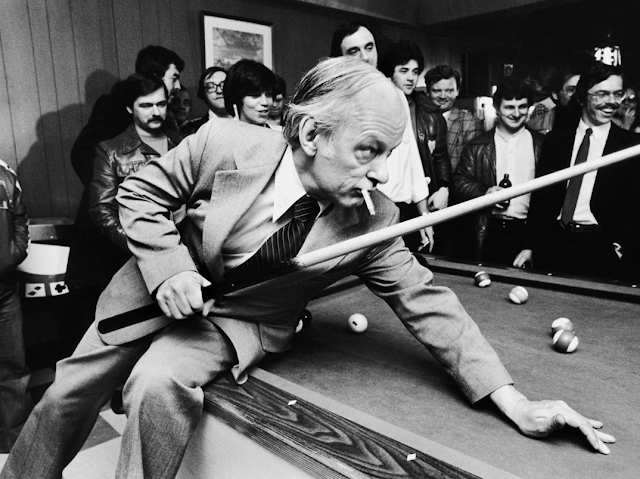 Nadeau says he immediately checked upstairs for the most precious items in his home: five hard drives were gone. He estimates he lost between 30,000 and 50,000 photos, taken over 35 years.

"People can take anything here in my house but not that, not my pictures."

Nadeau says the hardest part is knowing he won't be able to look back over his life's work.

He says he'll have to begin rebuilding his portfolio, starting today, as he heads back to work.
Published by Bado at 1:00 AM