Satire makes a comeback in Myanmar 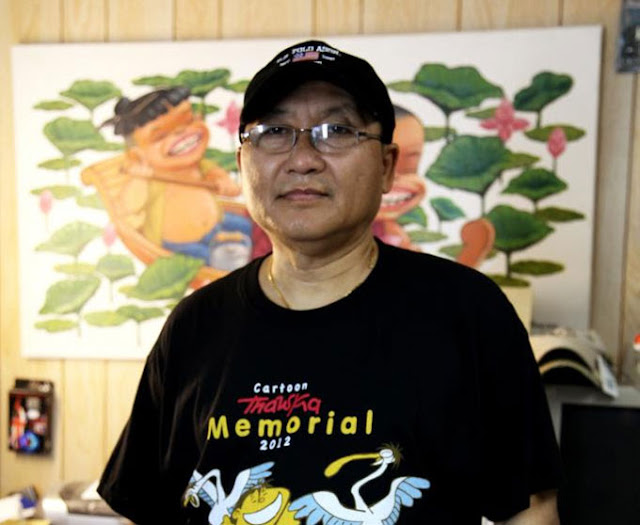 With a flourish of his pencil, cartoonist Maung Maung Aung skewers a pampered politician in a sketch, an image that just a few years ago would have been unthinkable.

The illustrator is among an increasingly brazen band of satirists that has emerged in a nation where recent elections tipped the balance of power from authoritarian military rulers for the first time in generations. Maung Maung Aung's drawing shows a destitute family chiding a paunchy parliamentarian.

"We are very happy for you that you have not been beaten and abused. We only hope that you won't cause trouble for others," reads a speech bubble above the raggedly dressed father, mother and small child.

The image takes aim at inequalities faced by many ordinary people in Myanmar, despite reforms that have rippled through the long-cloistered nation.

Those changes led to a landmark victory for Aung San Suu Kyi and her pro-democracy party in November, boosting hopes of a prosperous future -- and a more open press...

"Cartoons need freedom. The more freedom there is, the more a cartoon is able to say and be creative so they can carry more meaning," said 60-year-old Maung Maung Aung, perched behind his drawing board in a Yangon studio cluttered with illustrations. 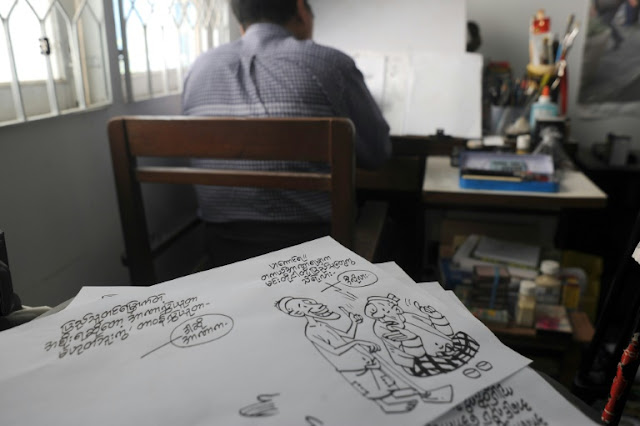 In four decades as a cartoonist he has suffered poverty, fear and censorship, working with little margin for error under a junta that jailed dissenters and ripped anything deemed critical from newspaper pages.

That drove him to seek refuge in the United States, where he worked as a painter at a fine arts studio in Florida.

But he returned to his homeland in 2012 soon after a quasi-civilian government replaced outright army rule.

Now cartoons are enjoying a renaissance, tackling a range of subjects -- from the country's economic woes to foreign policy and the elections -- peppering newspapers and websites daily.

And Myanmar's caricaturists are sharpening their pencils for the next test -- how to satirise the revered Suu Kyi as her party prepares to take over government in late March.

Suu Kyi is lionised in Myanmar, where the peaceful resistance to army rule was for years depicted as a tussle between the frail and graceful Nobel laureate and brutish generals.

Maung Maung Aung said illustrators should not shirk from depicting "The Lady", as Suu Kyi is known.

"Cartoonists should not be biased, they should point out the faults of any government," he told AFP.
Published by Bado at 1:44 AM