Robert McLiam Wilson in The Guardian. 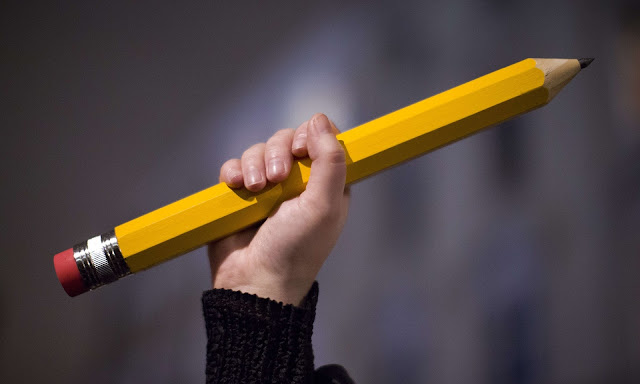 The anniversary of the 7 January attack on Charlie Hebdo is coming up. Whether you feel that Charlie is a symbol of freedom of expression or a scabrous hate sheet, you are about to be deluged in a giant vat of stuff.

Some will be positive, some negative but an oxen-stunning proportion of it will be written by people who do not speak French. The result will be divination and portent, written by people more likely to read tea leaves than Charlie Hebdo.

As people, we have a giant talent for forgetting. 9/11 was the game-changer for our world. We haven’t forgotten it but we don’t remember it either. We don’t revisit those feelings of animal dismay that we all feel in the presence of death. It’s simply not nice to dwell. That is entirely, gloriously, human. But it can lead us to forget what our world has become and why.

The Charlie Hebdo attack was a game-changer too. When the politically or religiously dismayed decide it’s time to wade, guns blazing, into the supergeek underworld of leftwing satirical weeklies, that’s something that changes the very laws of physics.

A few days ago, I went into the new, secret-location, super-secure offices of Charlie. Being Northern Irish, security was not unfamiliar to me but this was on a different level. It was the villain’s lair in one of the dumber Bond films, hermetically sealed, massively protected. And yet inside was a typical small magazine set-up – not many people, untidy kitchen, debatable dress sense. And a bunch of gentle, humble, funny people that I adore.

My two worlds have collided. The English-speaking world and the French-speaking one. I don’t write about Charlie Hebdo in France. They have plenty of people who can do that. But I’ll do almost anything I’m asked to do in the anglosphere. Why? Well, two reasons. Because none of the other Charlie people bothers to do it. And because, really, that’s where all the bullshit lives.

Only two days after the murders, the New Yorker published a riotously ignorant article that took Charlie to task for its evident Nazi-standard racism. It was in the New Yorker so it must have been true.

It was a filthy and stupid libel. And hugely influential too, the urtext for the asinine. If Charlie Hebdo is racist then it’s not very good at it. Witness the routine and constant support of Charlie on the part of SOS Racisme, France’s main anti-racism campaigning group.

And know too that justice minister, Christiane Taubira, the “victim” of the infamous monkey cartoon, was so wounded and offended that she gave an extraordinary, moving speech at the funeral of one of the murdered cartoonists. The New Yorker’s arrogant libel was the equivalent of a French person who speaks no English confidently asserting that Chris Rock is a dodgy fascist. You don’t have to sift Rock’s act very carefully to find stuff that would make non-English-speakers’ hair catch fire.

Charlie’s target of choice has always been the right and the far-right. It is consistently and almost tediously anti-racist (not a lot of jokes live there). But they have to be. Every country is racist in its own unique and unlovely way but France has one extra bell and whistle that can take your breath away.

A few years ago, before a football match, I was with some guys in a cafe, waiting for someone who was late. I whined about not wanting to miss the kick-off. “Calme-toi,” said the others, “On attend le français.” The French guy? At first, I thought I’d missed some juicy bit of French slang. But I was with two Arabs and a black guy (all born in France). We were waiting for a white guy. Thus, le français.

Try to imagine this being said in the US or UK. We’re waiting for the American. We’re waiting for the Brit. It’s not unthinkable or unsayable. It’s practically unconjugable. This is the universe in which Charlie Hebdo publishes. One where actual nationality is in dispute. I would suggest that polite objection isn’t really going to cut the mustard.

2015 was a black and wounding year for Parisians, the city is still slow and muted with grief. The sky feels lower; even the young seem old and weary. Paris has started to feel like Belfast to me. Which is horribly appropriate.

Because our new reality is the startling power of the micro-minority. There is one portion of the UK population who know this already. The Northern Irish portion. They spent three decades as part of a peaceful, democratic majority entirely dominated by the fissile futility of a few hundred people’s atavism and arrogance. They know that a handful of pitiless citizens can bring a country to a near standstill.

They grew up knowing that, they drank it in with their mother’s milk. It’s uncomfortable knowledge and it can make us quite uncomfortable people to be around. You’re not going to get a whole lot of sunny political optimism from that bunch. The nicest of us just don’t tell the truth about it when we’re asked. I know I don’t.

Moi, je ne suis pas Charlie. I don’t need to be. I write for them.


Robert McLiam Wilson is an award-winning writer. His novel Eureka Street is published by Secker & Warburg
Published by Bado at 6:40 PM