From the Beaverbrook Art Gallery. 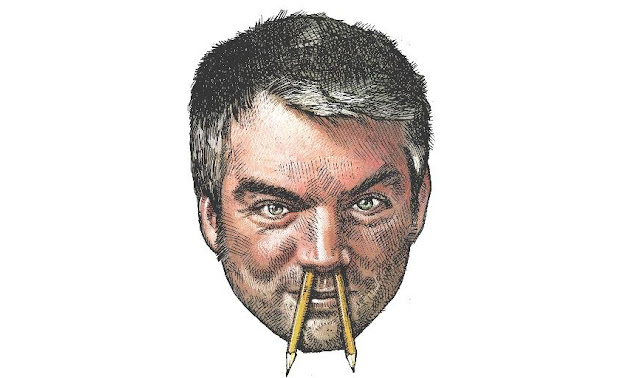 A  retrospective of Michael de Adder’s art , curated by Virgil Hammock, will be presented at the Beaverbrook Art Gallery this summer. The exhibition and accompanying publication were made possible through the valued support of the Province of New Brunswick and the City of Fredericton, as well as of the Scotiabank Artist Residency Program.


Michael de Adder is one of Canada’s foremost cartoonists, part of a long history of political cartooning that began in ancient Egypt and Rome.
Born in Moncton, de Adder had the good fortune to take art classes from a talented teacher at Riverview High School who steered him toward a fine art degree at Mount Allison University.
It was there that his talent for caricature and stinging wit were revealed in early cartoons for The Argosy, the student newspaper. 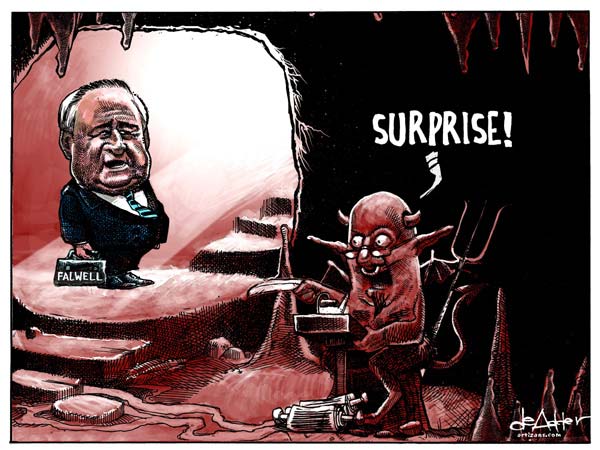 Controversy goes hand-in-hand with being an editorial cartoonist and de Adder has had his share of stirring up the pot. His 2007 cartoon of Jerry Falwell arriving in Hell and the devil exclaiming ‘Surprise!’ is one example. 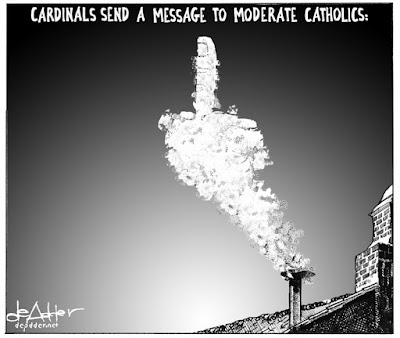 His famous cartoon on the election of Pope Benedict XVI remained unpublished because the Catholic editor of the Halifax Daily News deemed it too controversial. But the cartoon lived on regardless and triumphed in 2006 when it won the Association of American Editorial Cartoonists Golden Spike Award for the best cartoon killed by an editor.