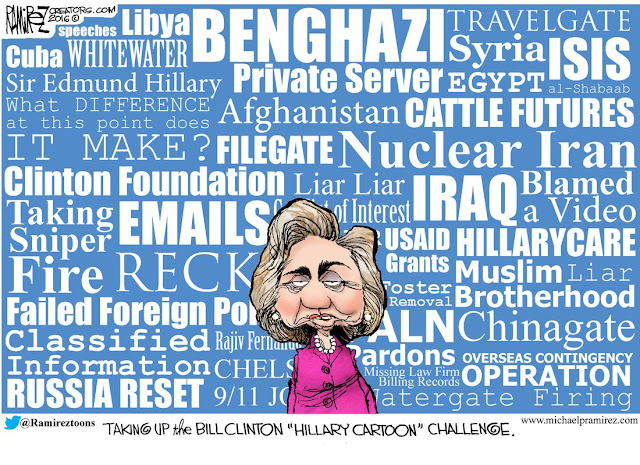 Political cartoonist Michael Ramirez decided the words “your only option is to create a cartoon” constituted a challenge, and he accepted.
Published by Bado at 12:00 AM