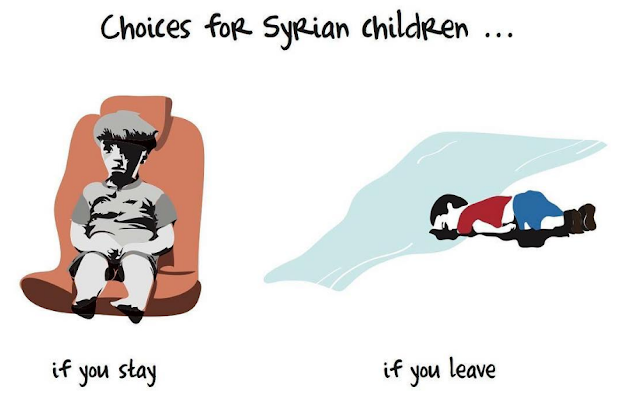 Through his cartoons, like one depicting a black Jesus drowned in the Mediterranean, or an angel holding a dead Syrian child, he not only draws attention to tragedies but also the causes behind them. 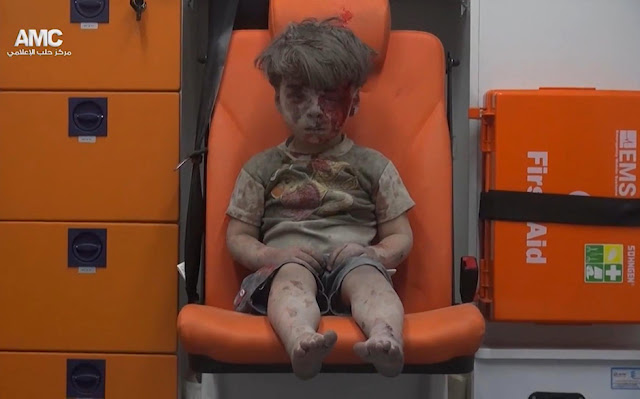 As Thursday's photo of Omran Daqneesh, a 5-year-old Syrian boy rescued after a airstrike in Aleppo, shakes the world, Albaih has authored a powerful image that has already been shared on social media platforms thousands of times.

The image, titled “Choices” shows Omran Daqneesh next to another victim of the same tragedy, Aylan Kurdi, the 3-year-old Syrian refugee found dead on the beach of Kos a year ago. 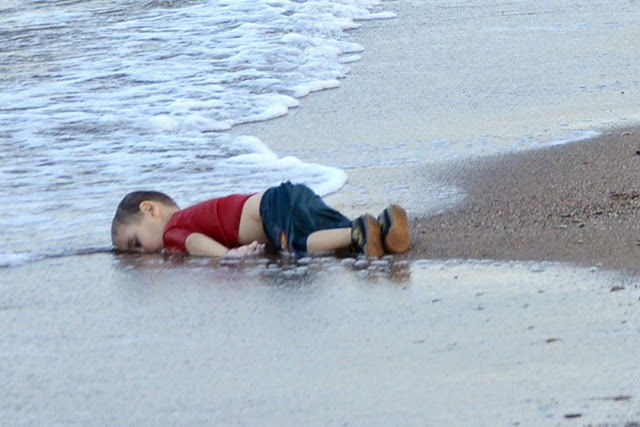 While images of the horror that Syrian children face may temporarily shake our collective conscience, nothing seems to change the reality of the millions who have been facing war for years on end.

No public amount of compassion can change that.
Published by Bado at 12:00 AM