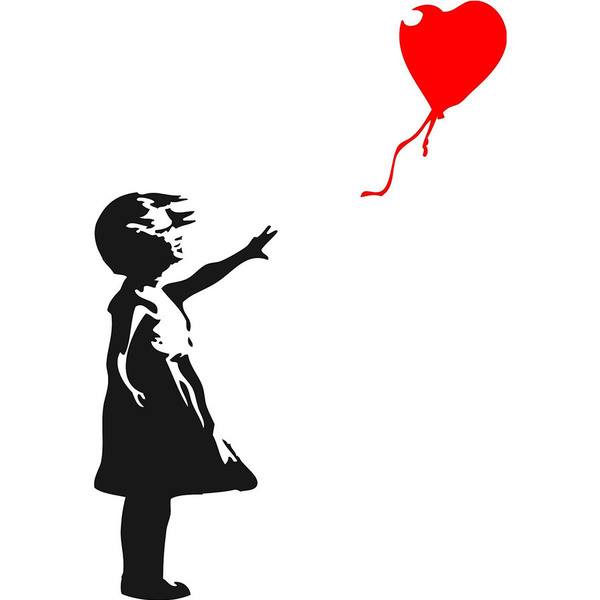 The anonymous street artist’s 2006 work “Girl with a Balloon” was the final piece sold at Friday’s evening auction at Sotheby’s in London.

Just after it was sold for 1.04 million pounds, an alarm was triggered from within the frame and guests watched stunned as the canvas artwork slipped through the frame and shredded into strips. The auction house has denied having any prior knowledge of the stunt.

Elizabeth Legge, an associate professor in the University of Toronto’s art department, offered one explanation for the elusive artist’s surprise. 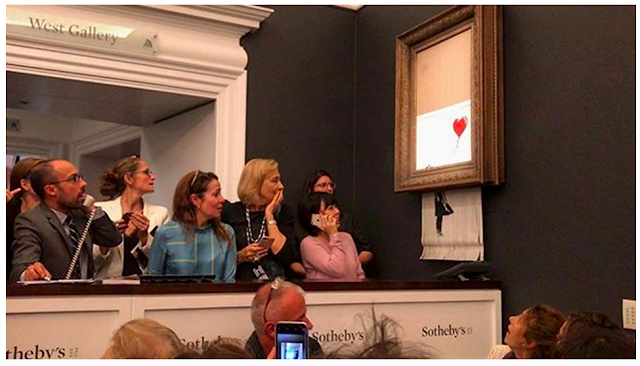 On Instagram, Banksy shared a photo of attendees watching the print shred itself with the caption “Going, going, gone…”

Another video shows how the artist installed the shredder into the frame.

“A few years ago I secretly built a shredder into a painting in case it was ever put up for auction,” accompanying text on the video stated.

Banksy also included a quote from the artist Picasso in the Instagram post’s caption. “The urge to destroy is also a creative urge,” it read.

Alex Branczik, the auction house’s head of European contemporary art, said after the stunt, “It appears we just got Banksy-ed.”

What’s next for the buyer?

He went on to tell The Associated Press that the auction house was in discussions about "next steps" with the buyer.

"We have not experienced this situation in the past where a painting spontaneously shredded, upon achieving a record for the artist," he said. "We are busily figuring out what this means in an auction context."

“You could argue that the work is now more valuable,” Branczik added in an interview with The Art Newspaper. “It’s certainly the first piece to be spontaneously shredded as an auction ends.”

Adding to the intrigue, a man wearing sunglasses tangled with security guards near the entrance of the auction house, The Art Newspaper reported.

Anny Shaw, a correspondent with The Art Newspaper, told CTV News that those present were “gob smacked at what was unfolding”

“He’s a provocateur,” she added. “He certainly got the publicity he would have been after. He’s a clever man.”

Geneva-based artist Pierre Koukjian was at the auction. Koukjian, who has met Banksy, told The Associated Press that he believes he saw the artist in the saleroom as the painting was destroyed.

"What he did is really shocking, in a good way," Koukjian said. "I think it will be historic and people will talk for a long time about it."

With files from The Associated Press
Published by Bado at 8:25 AM