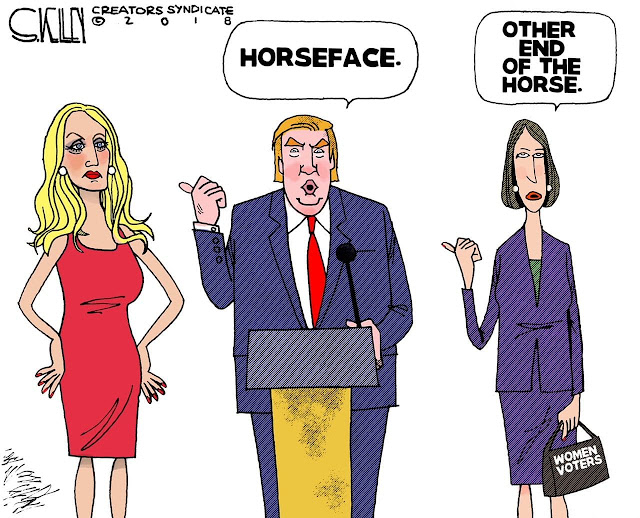 “I’m excited by the thought of working for a newspaper again — being part of an iconic publication in an increasingly prospering, historic city,” said Kelley, who was let go from the New Orleans Times-Picayune in 2012 amid mass layoffs at Advance Publications.

He continued to produce political cartoons for Creators, which distributes his editorial work.

As both a syndicated artist and a former staff cartoonist, Kelley has endured in a profession in which the number of such staff positions has dwindled from hundreds to dozens.

"The Post-Gazette’s continued commitment to providing the work of a staff political cartoonist stands in distinct contrast to the impulse of most to reduce costs by simply running syndicated work,” Kelley told The Washington Post’s Comic Riffs.

Some observers wondered whether the Post-Gazette would fill the full-time slot of Rogers, who was fired in June after a quarter-century at the paper.

Rogers said this year that under publisher John Robinson Block, the newspaper’s opinion pages had veered to the political right since Donald Trump announced his candidacy.

Rogers, a past Pulitzer Prize finalist, was fired in June after 18 of his finished cartoons and cartoon ideas were killed by his Post-Gazette editors. That work is spotlighted in the pop-up exhibit “Spiked” at the Corcoran in Washington.

“Rob and I are fast friends for nearly 40 years,” Kelley said. “We have not spoken in a while, and I’m very sorry to see him leaving a job he has held for so long.

“I suspect he has no hard feelings for me in this situation — he’s not that type,” Kelley continued. “I was fired from the Union-Tribune in San Diego after 20 years. I didn’t want to leave that job but have flourished nonetheless."

“Certainly,” he added, Rogers “has the rare talent and skills to prosper wherever he goes next.”

Kelley said that the Post-Gazette approached him recently and that, after conversations by phone and in person, he had confidence that his work would be supported.

“The paper’s publisher is a lifelong devotee of newspaper comics and political cartoons,” said Kelley, who is also co-creator of the award-winning King Features comic strip “Dustin,” which appears in more than 350 papers, including The Post.

“He and the editor expressed the belief that political cartoons should be hard-hitting and unapologetic, appropriate in tone to the issue addressed, and, when possible, funny. I think my work checks all of those boxes.

“I understand that different issues must be addressed in different ways, and I know that while I can draw whatever I want, they can publish whatever they want,” added Kelley, noting that he and his Times-Picayune editor had a working relationship built on “mutual respect.”

“That means on occasion, we’ll have to compromise. I have no problem with that at all.”

Most of the Rogers cartoons spiked this year satirized either Trump or issues closely associated with him. How does Kelley feel about doing cartoons in the Trump era?

“My preference has always been to have political figures who make declarative statements rather than those who parse and obfuscate,” Kelley said. “It’s easier to make fun of someone who says exactly what he thinks anytime the impulse reaches his brain.

Unfiltered bombast is the kind of gift that few politicians give because it’s impossible to get elected that way.

So it’s easy to beat up on Trump because he’s always kind of swinging a chain saw around,” he noted. “The difficult part is that he tends to represent my point of view on a lot of central issues.” 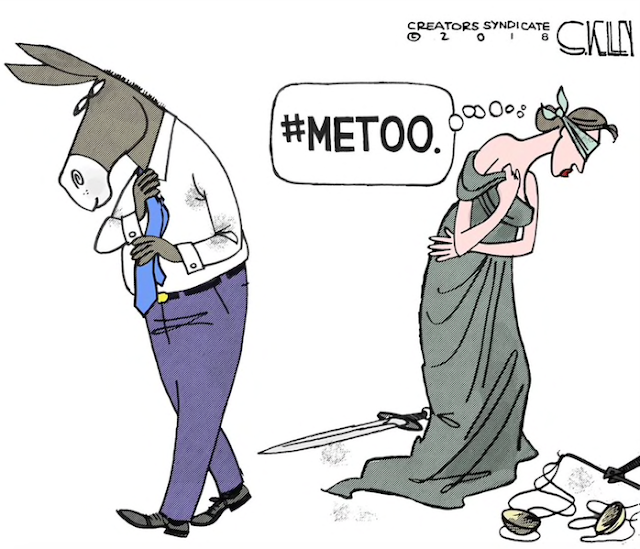 Kelley says he has also watched closely as such Pulitzer-winning cartoonists as Houston’s Nick Anderson have been let go in recent years.

“It’s difficult to maintain optimism when you’ve seen so many spectacular talents laid off in the past decade,” said Kelley, who is also a stand-up comedian.

“Certainly I’m sympathetic to newspaper publishers, because they’re running businesses and must make payroll, even as a lot of ad revenue is heading to the Internet.

Kelley, who was raised in Richmond and attended Dartmouth College, says he will also move to Pittsburgh.

“I figure if you’re going to tame a lion, you need to be in the cage,” he said. Plus, “I like newsrooms and those who inhabit them.”

Besides, Kelley added of his new community, “I’ve been the world’s most devoted Steelers fan for days now.”
Published by Bado at 12:00 AM