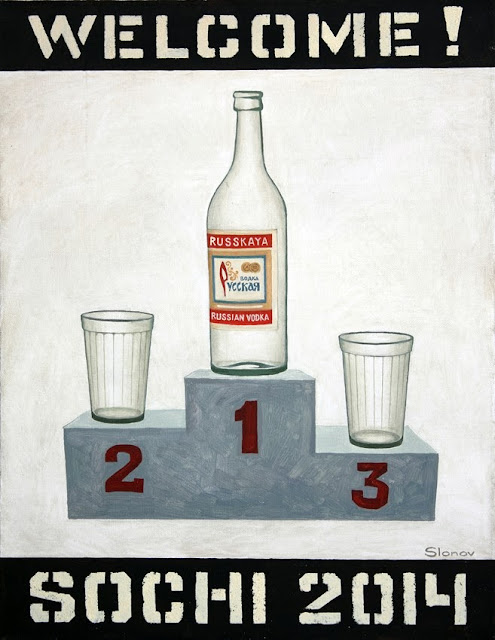 Marat Guelman, a famous gallery curator in Russia, was dismissed as director of the Perm Museum of Contemporary Art after backing the controversial ‘Welcome! Sochi 2014’ exhibit by Vasily Slonov.

Officials reportedly allege that Vasily Slonov used the Sochi 2014 symbol without permission and have launched a legal case.

The art exhibition was closed by Russian authorities during a cultural festival which was organised by Marat Guelman. When he moved the pictures to the Perm Museum of Contemporary Art he was fired by the minister of culture for the Perm region, Igor Gladnev. The Russian Internet portal Lifenews also reported that authorities had raided Marat Guelman’s former offices at the museum.

“The Ministry of Culture, it seems, has confused its role with that of the FSB [the former KGB],” Marat Guelman wrote in a tweet.

“I had hoped that censorship was impossible and illegal,” he told NBC News.

The ‘Welcome! Sochi 2014’ exhibition examines “the darker side of the Winter Olympics”, wrote NBC News. Ahead of next February’s Winter Olympics, Sochi has become increasingly in the limelight with stories emerging about corruption and exploitation of migrant workers in the region.

Sochi 2014 has become the most expensive of all Olympic Games to date at an estimated cost of 50 billion US dollars. 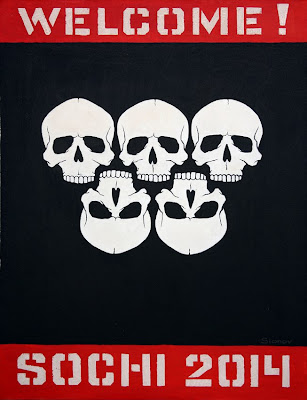 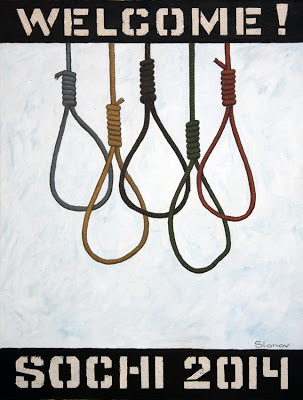 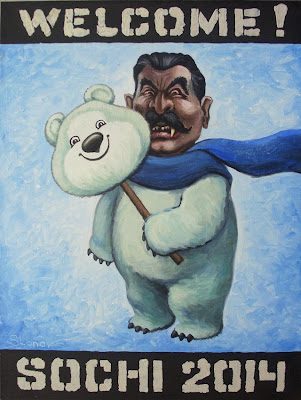 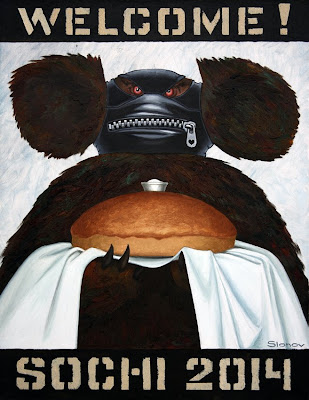 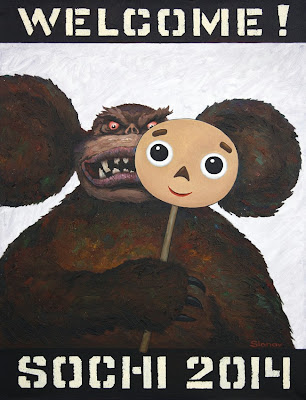 
NBC News – 21 June 2013:
Russian censors target Olympic-themed art ahead of Sochi 2014
One of Russia’s most prominent modern art figures has been fired after refusing to allow an exhibit examining the darker side of the Sochi Olympics to be axed by censors. By Albina Kovalyova
Published by Bado at 6:20 AM