Twelve British cartoonists and graphic artists have responded to the events that happened across the world as the world was heading to war one hundred years ago. 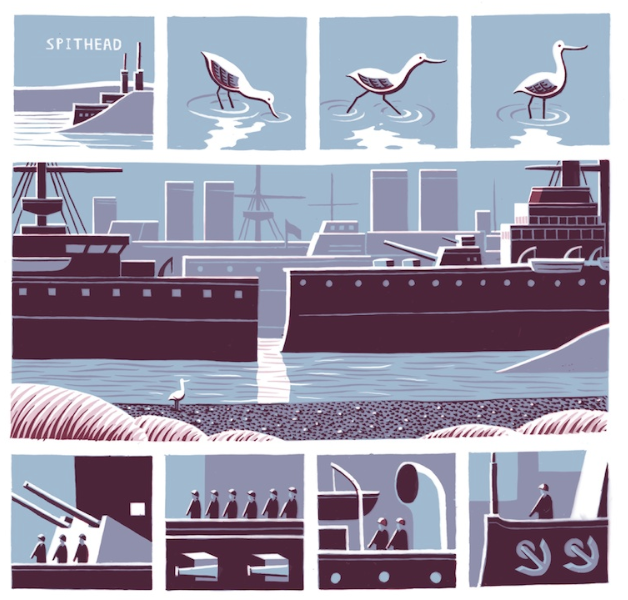 19 July 1914
The British navy gathers at Portsmouth for review by the King. Eleven lines of warships – 60 battleships, 4 battle cruisers, 26 armoured cruisers and a host of destroyers, minelayers, and submarines…

The Royal navy is what makes Britain the world’s greatest power. It protects the Empire and British trade and keeps the British Isles safe from invasion…The journalists are suitably patriotic:

‘It was a spectacle such as no man living has ever seen before, this sea march past of the mobilized war strength of Britain. From end to end of the visible waters stretched the great procession of men-of-war, all the latest ideas in killing and all the old ones that still have some power to slay, all that in the hour of need would put out to sea to defend the flag.’ 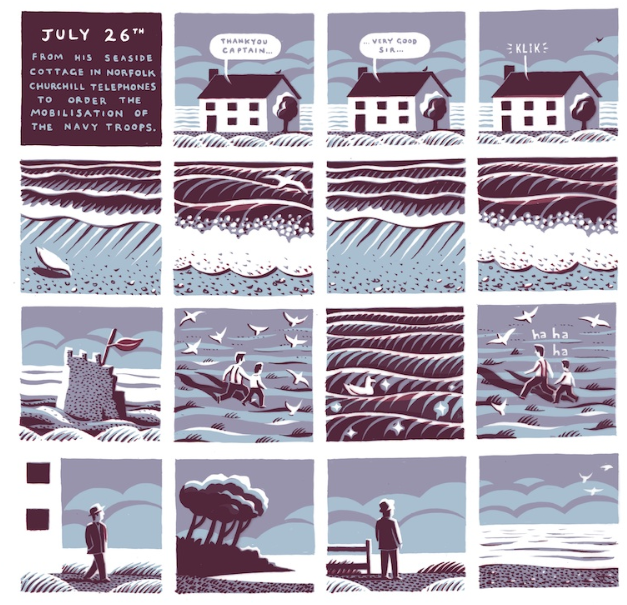 [The First Lord of the Admiralty, Winston Churchill is at his home in Pear Tree cottage at Overstrand, playing with his children on the beach. He is less hopeful that diplomacy will work yet again. Without consulting Cabinet, he telephones an order to delay the usual dispersal of the Fleet after its summer manoeuvres.]