Road to the universal runs through the local

Excerpts from an article by Ian McGillis in The Montreal Gazette. 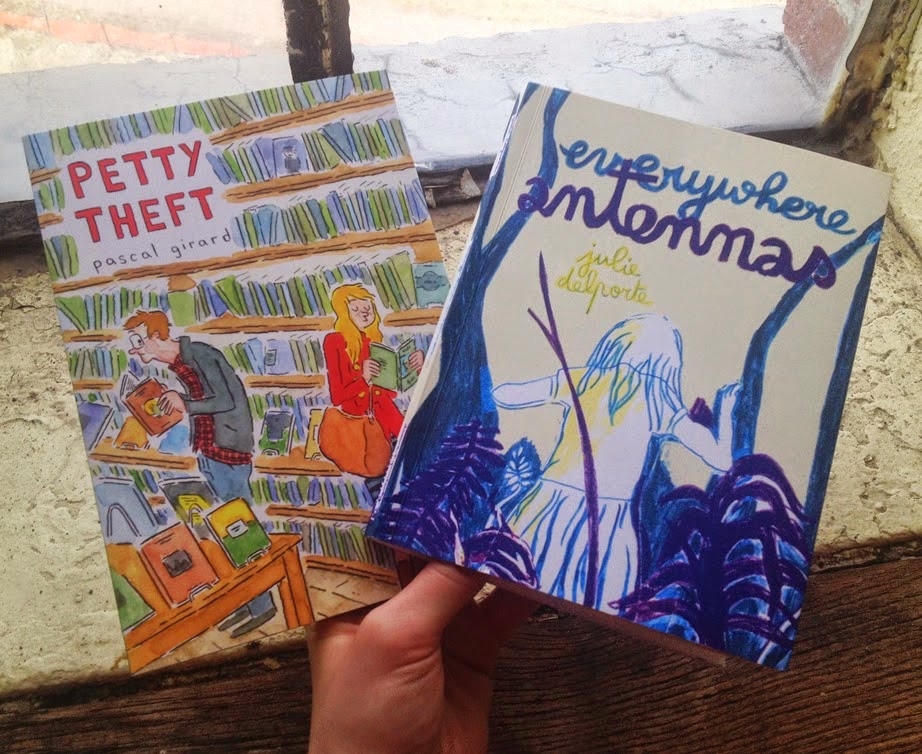 If it hasn’t been said already, let me be the first: We are living in the golden age of graphic novels, and Montreal is one of the form’s spiritual homes. Keeping up with the ongoing wave of new releases would be a full-time job, but here, at least, are three recent highlights, all by locally based artists. 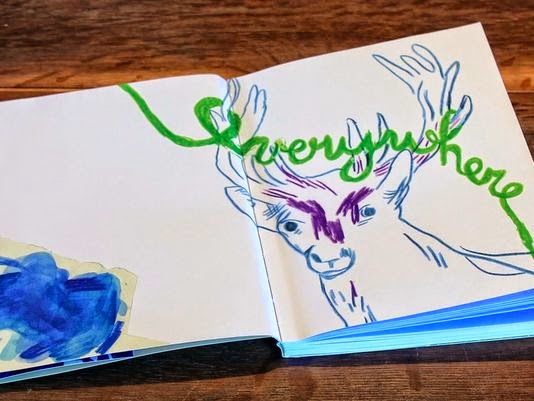 The nameless diarist of Julie Delporte’s Everywhere Antennas (Drawn & Quarterly, 112 pp, $19.95) is a young woman shuttling between France and Quebec while battling a debilitating case of depression. Her malaise may be caused by a seemingly unavoidable fact of modern living: the 24/7 wireless radioactivity that surrounds us all.

Delporte’s preferred medium is coloured pencils. At the back of the book, she even provides a chart of all the colour shades she has employed (Warm Light Grey, Flesh, Prussian Blue, etc.) It turns out to be an inspired choice. Most of us last used coloured pencils in our early school years, and Delporte exploits that emotional connection to subversive ends, taking a palette we strongly associate with childhood and transposing it into a very grown-up world of alienation, numbness and despair.

She also invites us into her creative process, letting the rough edges show in her compositions: images appear to have been ripped apart and scotch-taped together again, occasional lines of text have been crossed out but remain legible. The result is a rare immediacy; we feel we know this woman, and that we’re working through her life crisis in real time with her. 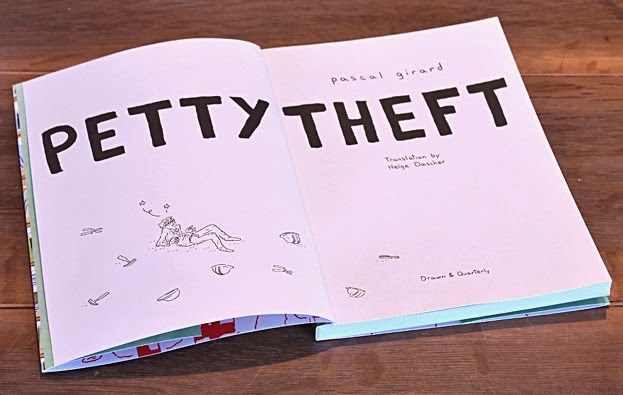 Most authors, whether they’ll admit it or not, have entertained the fantasy of seeing strangers reading their books in public places. Some may even have been lucky enough to see the fantasy come true. But what are you supposed to do when you see someone stealing your book? That’s the premise of Petty Theft by Pascal Girard (Drawn & Quarterly, 100 pp, $19.95), and in the case of Girard’s lovelorn eponymous autobiographical stand-in, the dilemma is all the more thorny for the fact that the kleptomaniac in question is very cute.

Should he be outraged? Flattered? Some combination of the two? What he should do, technically, is report her immediately, but instead he embarks on an ill-advised sleuthing campaign, one that involves something that looks a lot like dating his subject. His questionable decisions may be partly due to his current circumstances: he has hit the cartoonist’s equivalent of writer’s block, and is considering a complete life change, thinking he’ll go back to school. Meanwhile he’s falling back on sheet-metal work, the only remunerative skill for which he’s qualified. 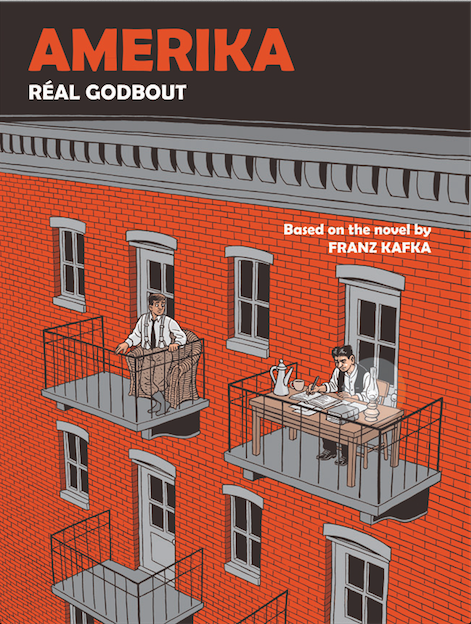 A generation (maybe even two) ahead of his fellow artists on this page is Réal Godbout, a veteran of every form of the cartoonist’s trade. For his first book since being elected to the Canadian Comics Hall of Fame, the Montreal native has taken on the ambitious project of adapting one of 20th-century culture’s sacred cows into graphic form. Amerika (Conundrum, 176 pp, $20) is based faithfully on a novel Franz Kafka began in his 20s but left still unfinished on his death in 1927.

Also known variously as The Man Who Disappeared and The Missing Person, it follows the misadventures of Karl Rossmann, the teenage son of a prominent Prague family who is exiled to the United States in the wake of a sex scandal. A hopelessly gullible naif, Karl is soon cast adrift from his affluent New York benefactor and finds himself scuffling on the roadsides of a landscape that could be called Steinbeckian if it didn’t chronologically predate the Great Depression by about 15 years.
Published by Bado at 2:00 AM