"The Auld Acquaintance" at the Leiper Gallery in Glasgow 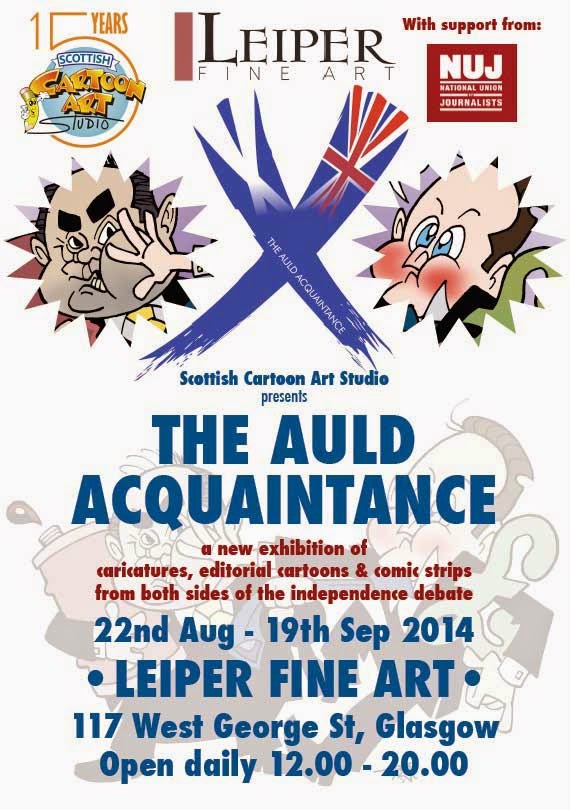 The Scottish Cartoon Art Studio‘s Terry Anderson has spent not far short of three years hatching this project which the Leiper Gallery launched on 22nd August and runs until 19th September.

The exhibition features work not only from Scottish artists but of cartoonists from all over the world, from Quebec to Brittany, to Catalonia - which has its own vote later this year.

You can find more about the exhibition in Argyll News or in one of my previous post.