Hergé at the Grand Palais 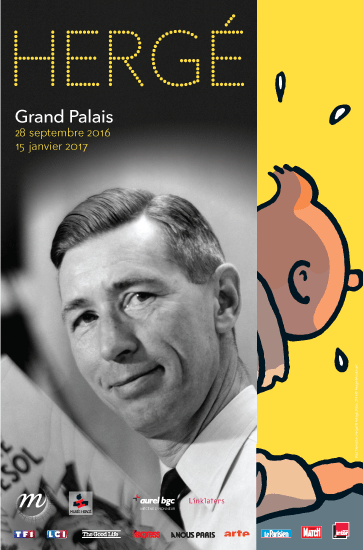 Hergé at the Grand Palais

There is no longer any need to present the career of Georges Remi, known as Hergé, the Belgian cartoonist best known for The Adventures of Tintin. Often referred to as "the father of the European comic strip", he was one of the first French-speaking authors to use American-style comic strip with speech balloons.

The exhibition looks back on his creative approach, fed by the cinema, painting, photography and adventure novels and his passion for drawing. It shows how the universally recognised drawings of Hergé fit in with both his era and the history of art.

Exhibition organised by the Réunion des Musées Nationaux -–Grand Palais in partnership with the Musée Hergé.
Published by Bado at 12:00 AM