I've been a fan of Charles Barsotti's sparse line ever since I first saw his "Sally Bananas" comic strip in the late 60s. 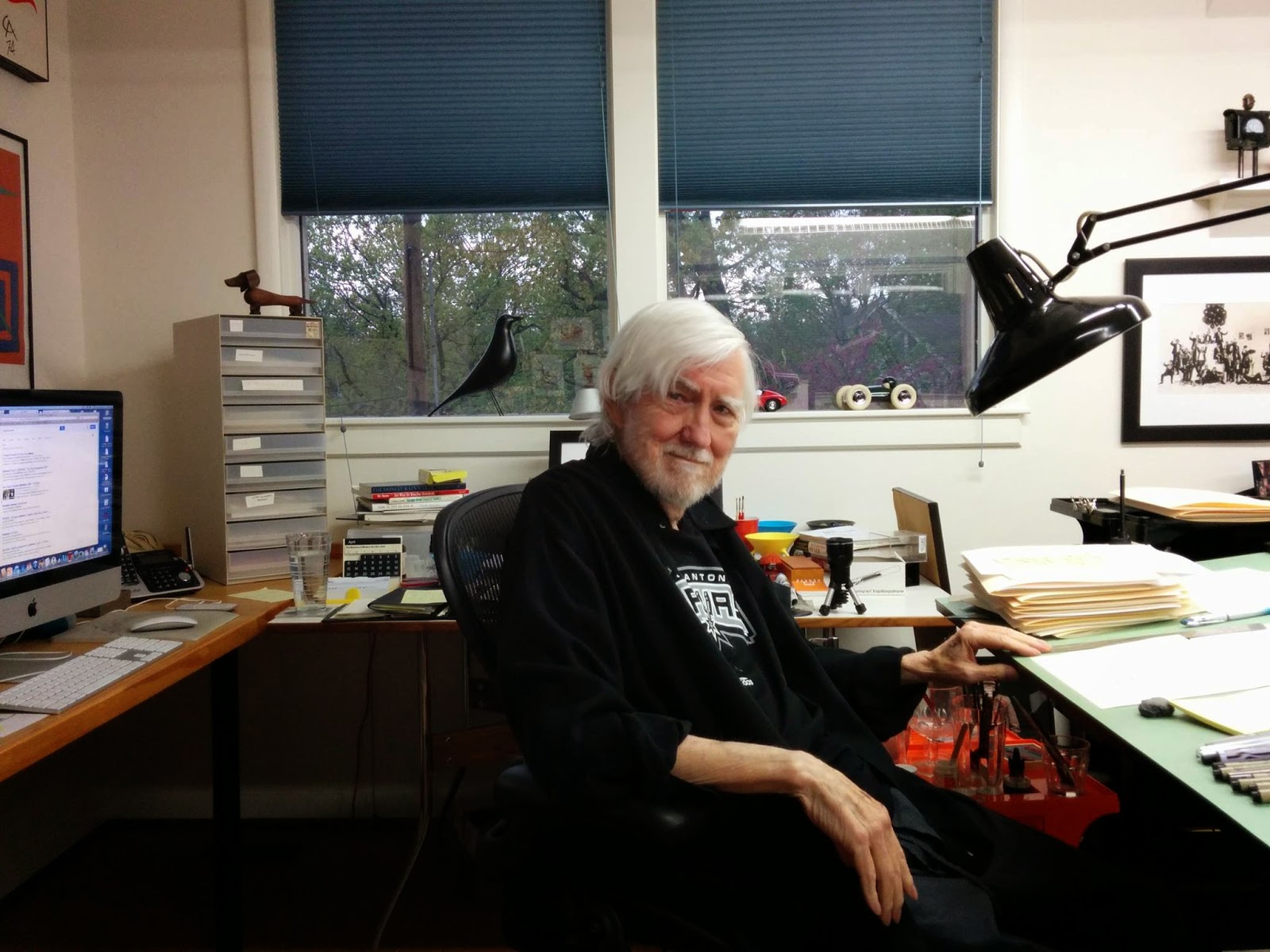 Here are a few excerpts from an interview conducted by Richard Gehr in the Comics Journal:

What was your first cartoon The New Yorker bought?
It was two people, a young man and a young woman, with “Ban the Bomb”–type signs. And one of them says, “Just think, if it weren’t for nuclear fission we would’ve never met.”
...
You were also working on a daily strip called “Sally Bananas.” What were you trying to do with it?
It was just whimsical. This girl character ran around this park and she was barefoot and had a few friends. It was just hopeless and the syndicate stuff got all screwed up the summer after the Post folded. At the time I’d been on every elevator in New York City. [Laughs.] It was coming together, but in my mind it wasn’t coming together at all. But that didn’t work out. And then somehow, I think after too many drinks, we decided to come back here to Kansas City.

You’re famous for your dog cartoons, of course. Are the dogs you draw based on any particular dog you’ve owned?
No. The dog I dedicated They Moved My Bowl to, Jiggs, was a dog I had when I was a lad. He was a great dog, a dachshund and something else. He was run over by a car — broke my little heart. Actually, the dog character sorta changed. The first ones I did were almost feral dog-like animals. 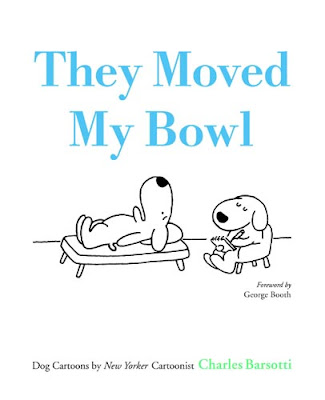 The pup is rather iconic, isn’t it?
In England, our friend Michael Wolff sold the Niceday stationery company on using the pup in all their packaging, promotion, and advertising. He conceived that and sold it to them in 1990 or early ’91, which I still think is remarkable. It was a terrific experience and we’re still doing it. It’s been a good run.
Published by Bado at 4:00 AM