From PRI The World. 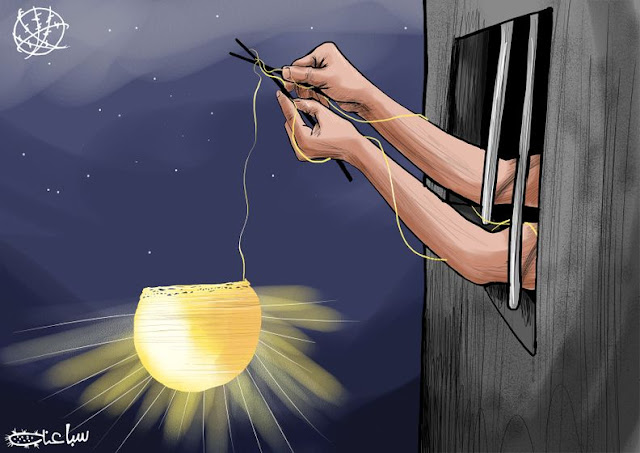 Palestinian cartoonist Mohammad Saba’aneh was detained by Israeli authorities on February 16th, 2013 while crossing back into the West Bank from Jordan, where he had been on a four-day trip. Like many Palestinians in Israeli jails, Saba’aneh is being held without charge and cartoonists around the globe as well as journalist and human rights groups are demanding his release.

Saba’aneh is a cartoonist for Al-Hayat al-Jadida, the official newspaper of the Palestinian Authority. He also works at the Arab American University in Jenin on the West Bank.

According to Israel’s military laws in the occupied West Bank, Palestinians can be held for 90 days without charge. In cases that prosecutors believe are especially sensitive, detention can be indefinite.


Aaron Schachter speaks with Israeli cartoonist Uri Fink about the case of fellow cartoonist Mohammad Saba’aneh, a Palestinian who is one of some 4,800 Palestinians being held in Israeli jails.