lan Gardner in The Daily Cartoonist.

The pro-gun news web site Ammoland did a bit of Photoshopping recently to recreate a Mike Petersanti-NRA editorial cartoon into one with the exact opposite message and posted it on Facebook. 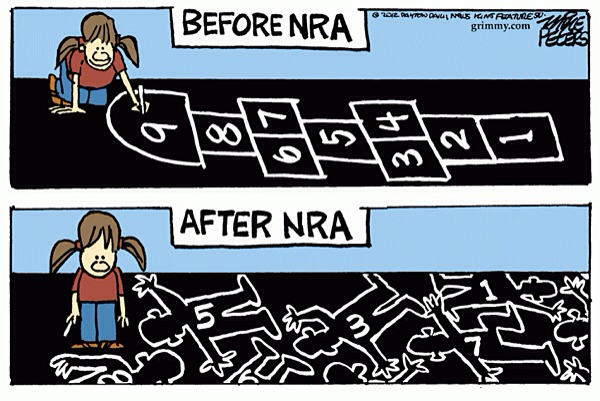 And the blatant rework: 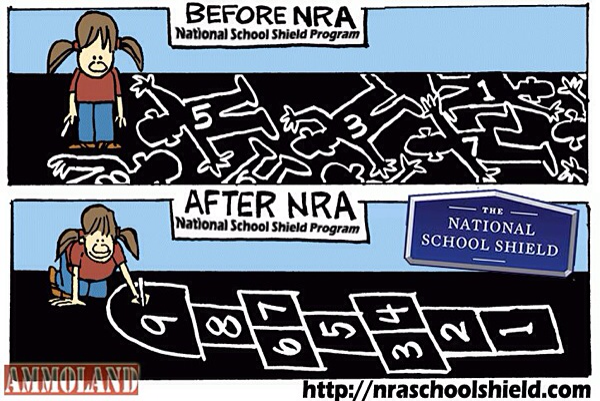 Mike tells me this isn’t the first time someone has altered his work and to recreate it to express the opposite opinion is an infringement on his free speech.

There have been people who have reworked my cartoons before but not an organization like this before. I have gone twice to the courts (once to the Supreme Court) about a cartoonist’s right to free speech. But when you take someone’s copyrighted, intellectual property and it goes exactly opposite of its original meaning is not right and going against copyright laws like this does indeed infringe on free speech.