Another Catch for Bruce MacKinnon

After the World Press Freedom and the NNA , Halifax Chronicle Herald’s Bruce MacKinnon has won second prize in the 2014 Niels Bugge Cartoon Award, based in Viborg, Denmark.

The theme of the competition was Oceans Are in Our Hands. It was open to cartoonists from across the globe.


Andrei Popov of Russia took first prize and Pawel Kuczynski of Poland was awarded third place in the competition.


You can view the complete catalogue here.
A few favourites:

Last month, the Niels Bugge Cartoon Award asked illustrators and cartoonists from around the world to submit drawings based on a basic theme: climate. "Oceans are in our hands," the contest proclaimed, urging participants from 75 countries to put forth their best (and satirical) interpretation of the singular global concern. 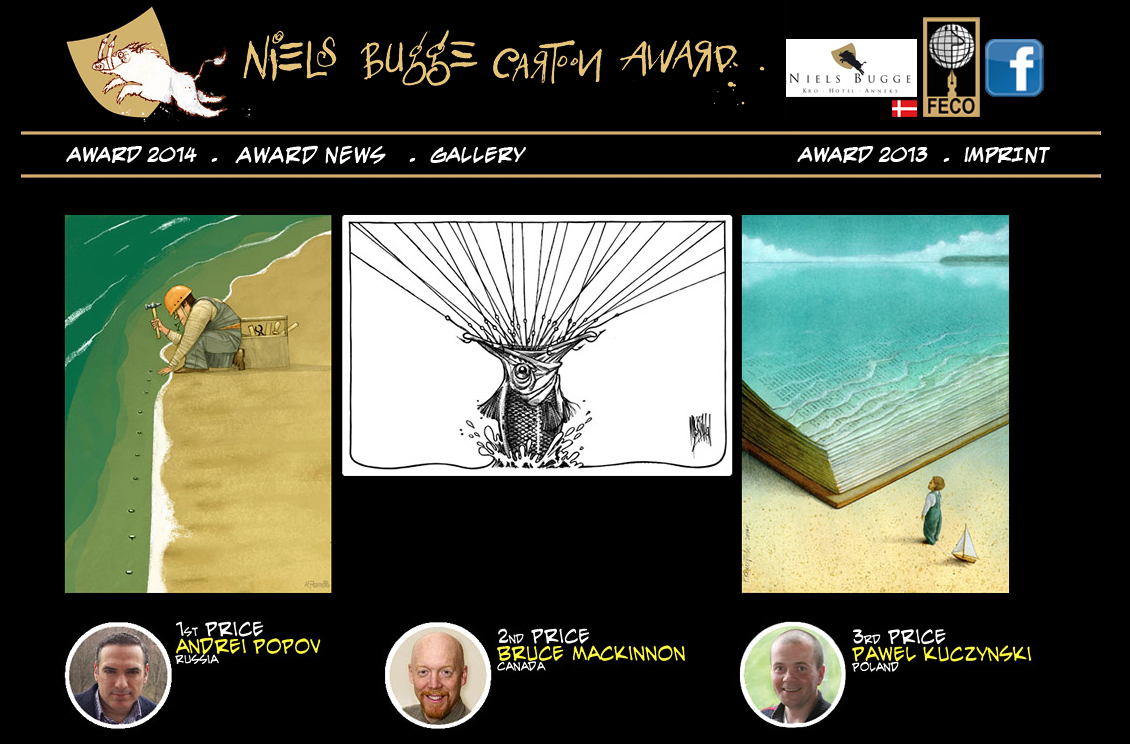 "Human beings, as all life on earth, came from the stars and landed through the ocean," the contest solicitation read. "Ocean is our very first foster mother, much more than the land where we now cut trees and plant transgenic corn. But, as we maltreat land, we have been maltreating our spring of life and now oceans are quite ill because of our activities: less fish but more plastic, less pure water but more oil, less coral but more garbage. That’s why today, not tomorrow, we must do our best to save oceans of ourselves if we still want to have a future on this planet."

In response, the international competition received over 1,000 entries, sent from everywhere from Iran, China, Syria, the U.S. and the host country, Denmark. They, in typical political cartoon fashion, seem to perfectly unfold the issue of climate change, encapsulating the issues and feelings wrapped up in discussions of humans' impact on our planet.
Published by Bado at 2:00 AM