From The Spain Report. 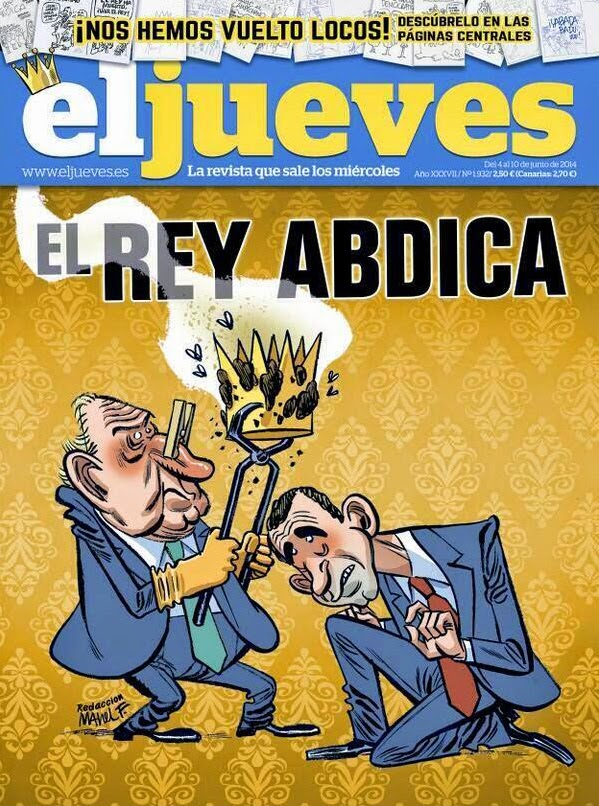 14 cartoonists have left satirical magazine El Jueves over the past 24 hours and leading Spanish daily El Mundo has suspended two correspondents over censorship accusations on Twitter.

Up to 14 cartoonists, a third of the total, have resigned over the past 24 hours from Spanish satirical magazine El Jueves after publisher RBA pulled 60,000 copies of a front page design showing King Juan Carlos crowning Prince Felipe king of Spain with a crown filled with steaming excrement.

Albert Monteys, the former editor of the magazine and one of the senior cartoonists who has resigned, confirmed to The Spain Report that the “Crown of Steaming Shit” front page had been agreed upon by all at an urgent editorial meeting on Monday morning, following the king’s abdication, and was in fact printed: “I had a copy of it in my hands”.

“This is censorship by RBA. We don’t know exactly who pressured them.” 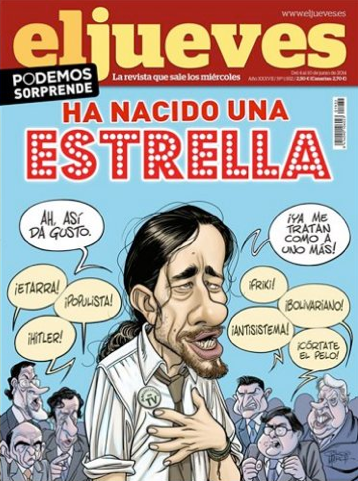 The original cover for this week was Pablo Iglesias and Podemos, but when the king announced his abdication on Monday morning, an urgent editorial meeting was called in which the new cover was agreed upon by all present. The cover was drawn by Manel Fontdevilla and sent to the press, along with four additional inside pages on the abdication, by the 6 p.m. deadline.

The print run was stopped at some point on Tuesday on the orders of publisher RBA, and on Wednesday the cartoonists were told in a meeting by the head of publishing that any satirical cartoons of the royal family were not going to be published on the front page of the magazine.

“That was a shot right in the back of the neck of El Jueves”, said Mr. Monteys. “The heart, the essence, of El Jueves died on Wednesday”, adding that he did not understand why the prohibition only referred to the front page. “Oligarchies are all old, and they don’t know anything about the Internet.”

Another senior cartoonist, Guillermo, who had been working with the magazine for 18 years, told The Spain Report that: “The problem is with this new owner, RBA, they don’t want it going on the front page”. “This is what always happens, the royal household doesn’t need to tell them what to to, they just do it and end up making a mess of it”.

“I have resigned because I don’t have kids”, he said: “I can get by for two or three months until I find new work”.

“This is worse than breaking up with your wife. It’s very painful. We are beat”, he said, stressing that: “It is worse for those who are left behind, they are very brave, especially Mayte; basically there was Mayte and then they built El Jueves around her”.

Mayte Quílez, the editor, was unavailble for comment today but tweeted that: “I have said nothing, I have no words, and I cannot stop crying for El Jueves, where I have been for 37 years, and for what it all means”.

El Jueves publisher RBA was also unavailable for comment but a spokeswoman for El Jueves told The Spain Report that: “the publisher”—not the editor—”has decided that El Jueves will not make any official statement” on the matter.

The cartoonists who have resigned are to meet on Monday to discuss options for a new magazine.

The King of Spain announced his abdication on Monday morning and the special evening print edition of El Mundo, one of Spain’s leading national dailies, carried a chronicle by their royal correspondent, Ana Romero, that included the phrase: “…the public emergence of the princess Corinna zu Sayn-Wittgenstein, an international introducer of capital and intimate friend of the monarch”. 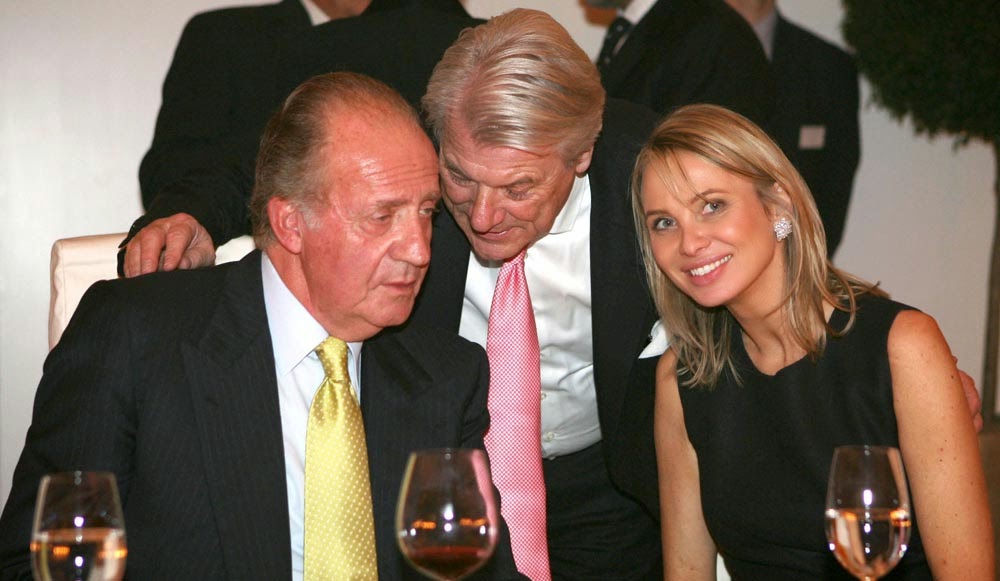 In the Tuesday morning version of the same chronicle, that phrase had been removed and the byline attributed the text to El Mundo and not to Ms. Romero, who had refused to sign off on the new version following an argument with the newspaper’s new editor, Casimiro García Abadillo.

The editor reportedly told Ms. Romero that either she removed the phrase or she would be shown the door to his office, which Ms. Romero interpreted as the editor sacking her.

Mr. García Abadillo asked the correspondent to prove he had fired her and tweeted that: “The editor of El Mundo has NEVER censored a story”.

A spokesman for Unidad Editorial, the publisher of El Mundo, told The Spain Report by e-mail that he did not know exactly what was said during the argument but that Mr. García Abadillo: “did not censor any article with her byline or announce that she was sacked”, adding that Mr. Romero still worked for the newspaper.

Ana Romero told The Spain Report from her home that she did not wish to make any further comments at this point on the week’s events but that she was not happy with aspects of the story being told about her.

María Ramírez, the daughter of founding editor Pedro J. Ramírez and the newspaper’s U.S correspondent, tweeted: “The main chronicle about the abdication of the king appears without a byline in El Mundo. No way. #thekingabdicates #freespeech”, adding: “Very sad what is happening at my newspaper: censorship”, and that the newspaper’s attitude was: “shameful”.

Her husband, Eduardo Suárez, El Mundo’s New York correspondent, tweeted in support: “A journalist must be able to remind her readers who Corinna is. Whoever doesn’t let her do that infringes freedom of speech. #TheKingAbdicates”.


The newspaper has suspended both journalists for a month without pay.
Sources inside El Mundo told The Spain Report that Ms. Romero had been looking for a severance package from the newspaper for some time, but that perhaps the current editor had been “clumsy” changing the key chronicle by the royal correspondent on the day the king abdicated.

They said the Royal Household has indirectly pressured the newspaper over the past 12 months—under both Mr. García Abadillo and former editor Pedro J. Ramírez, and spefically about Ms. Romero’s “good” but “uncomfortable” reporting (for the Royal Household)—but that editors always have the last word on what gets published in a newspaper.

A statement signed by a dozen El Mundo reporters from the national news section said that their news stories, chronicles, features and interviews had: “never been censored by the editorial managers”, and that any other version: “has nothing to do with our normal reporting work”.

A spokesman for the Spanish Royal Household at Zarzuela Palace told The Spain Report that any suggestions it has pressured El Mundo journalists over the past 12 months were: “totally false”, and that: “we have had nothing to do with those matters” this week at El Mundo and El Jueves.

“We have worked for many years with Ana Romero without any problem. They have some internal problems there that have nothing to do with the Royal Household. We have never said anything about the El Jueves front pages.”
Published by Bado at 2:00 AM