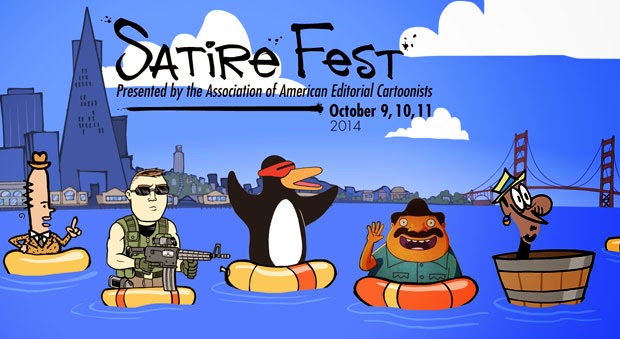 For three days in October (9th to 11th), the Marines' Memorial Theater will host Satire Fest and showcase some of the best talent in satire. Events will range from Pictionary-style "draw-offs" to lessons about cartooning in wartime to hands-on tips about making a living doing something as unique as visual satire. There will be performances, pictures and politics from left, right, center, up and down. (As well as opportunities to buy signed art and merchandise from your favorite cartoonist.)

And this being San Francisco, there will be a healthy dose of technology relating to visual satire. From new technology that enables creators to get their work seen by millions to new, cartoon-friendly San Francisco-based outlets like Medium, you'll hear from cartoonists who are on the cutting edge of tech. The world of cartoons and satire is changing, and we're at the epicenter!

Some of the many presenters include:

Tom Tomorrow, creator of the prize-winning "This Modern World."

Kal, political cartoonist for The Economist and entertainer extraordinaire,
. . . and other visual satirists from the Bay Area and around the globe. 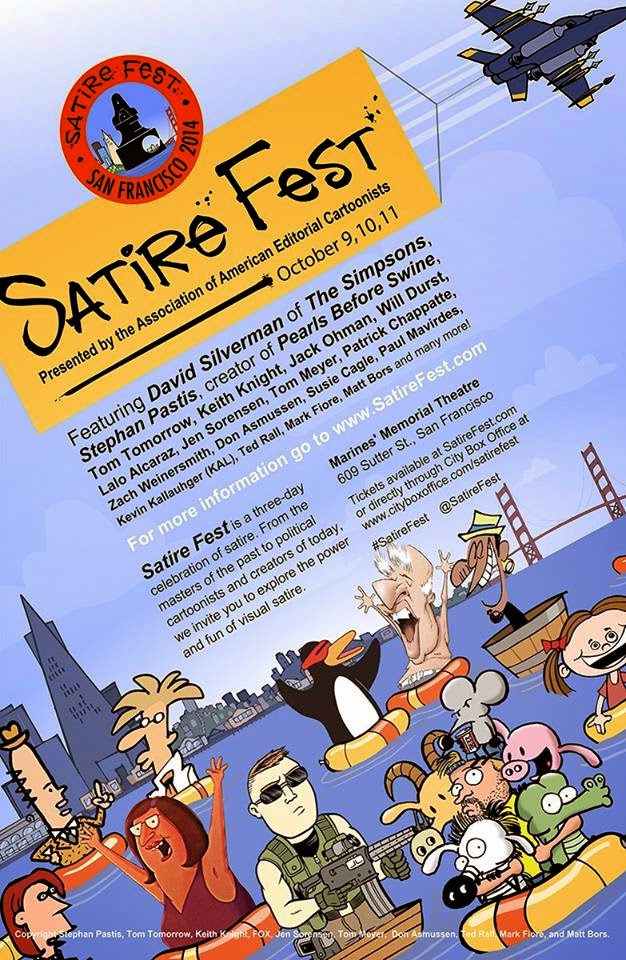 All the information here.

The Billy Ireland Cartoon Library & Museum Curator Jenny Robb was awarded the 2014 Association of American Editorial Cartoonists INK BOTTLE AWARD "In recognition of dedicated service to the association and distinguished efforts to promote the art of editorial cartooning". 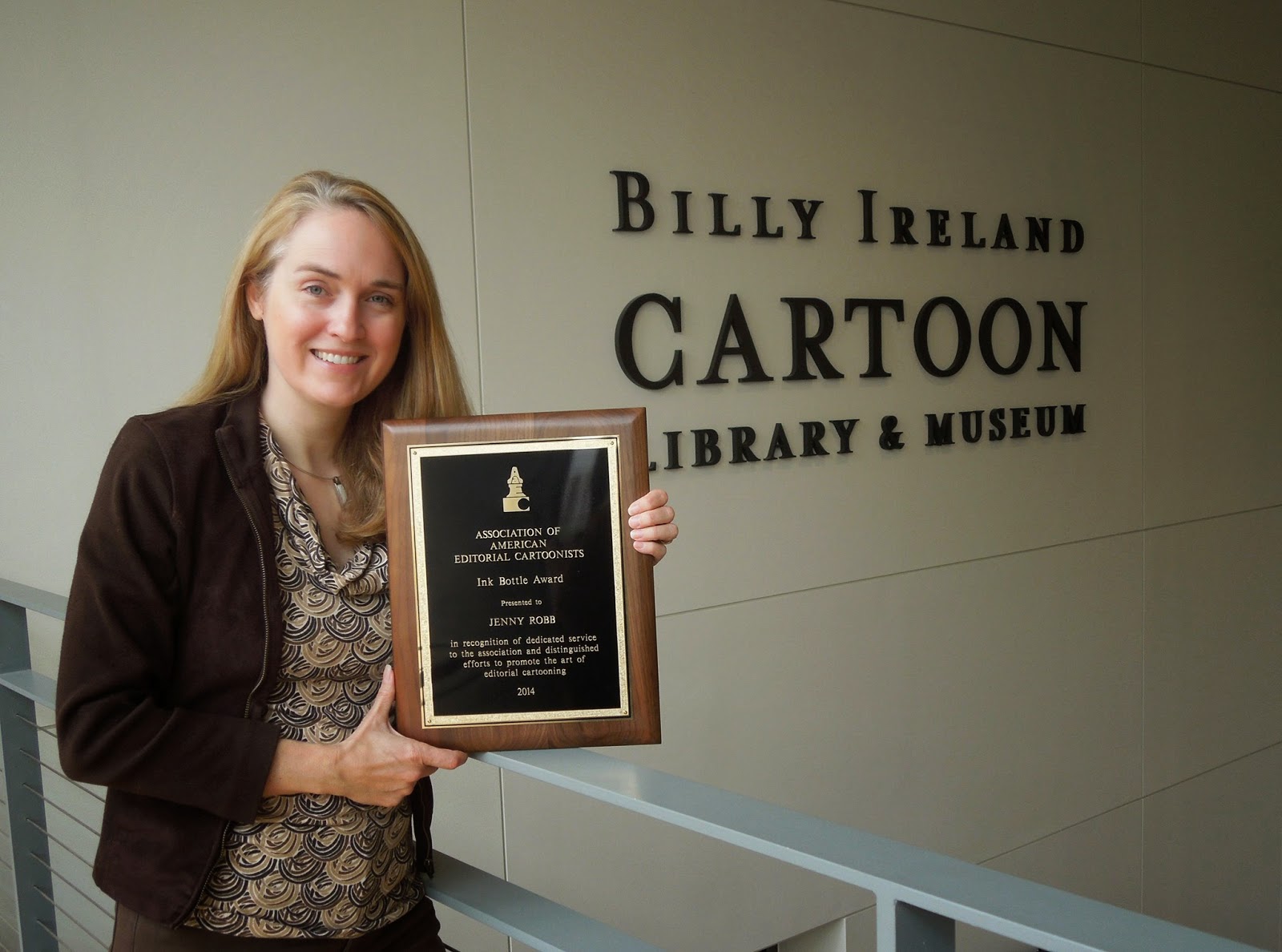