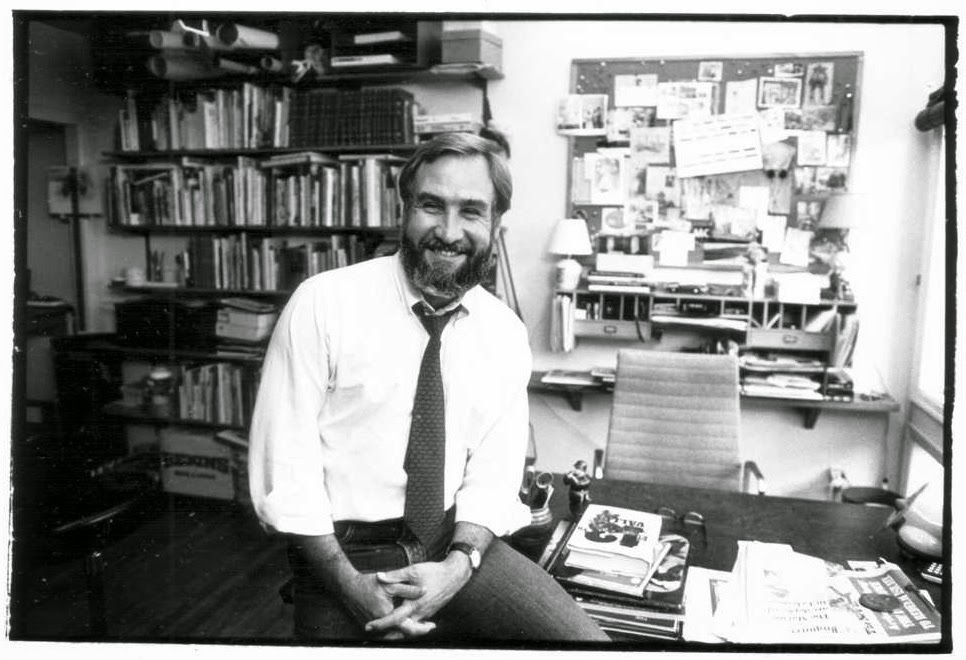 Tony Auth, 72, the Pulitzer Prize-winning cartoonist and mainstay of The Philadelphia Inquirer's editorial page for four decades died this Sunday.

Mr. Auth had been under treatment for brain cancer, and earlier this month was placed in hospice care, his family said. He died Sunday, just days after his friends announced a fundraising effort for an archive devoted to his work at Temple University.

Mr. Auth's remarkable career began in 1971 when the fledgling artist from California flew in to Philadelphia to interview for the position of editorial cartoonist.

Over the next 41 years, Mr. Auth would use his rapier wit in thousands of carefully rendered drawings to kindle discussion on the political and cultural currents of the day. Few could view an Auth cartoon and stay mute.

"As a cartoonist, he was a gem - a journalist who could evoke reactions from readers ranging from anger and indignation to elation and illumination," said Inquirer Editor William K. Marimow.

Mr. Auth drew cartoons about world affairs, national issues, sports, Philadelphia politics - there was no one better at piercing the veils of self-righteous politicians. "Depending on the occasion, his work might be whimsical, feisty or festive," Marimow said.

Mr. Auth's impressive portfolio - he produced five cartoons a week - was a Philly staple when breakfast meant coffee, bacon and eggs, and the morning paper. As the fortunes of the newspaper industry waned, he still reached a national audience through syndication.

My mentor, colleague and friend, Tony Auth died yesterday. He was one of the principals of a golden age when daily newspaper cartoons were the go-to source of visual satire.

To the greats Pat Oliphant, Paul Conrad and Jeff MacNelly, Tony added a new and simpler style that fully engaged the politics of the day. Appearing in strong regional newspapers and syndicated throughout the country without the competition from the internet or the Daily Shows, cartoons were a go-to place for political commentary.

From the first day I met him, Tony exuded a joy in the fight for what he thought was right. He generously welcomed newcomers like me into this office where he'd have to interrupt the conversation to take a phone call from an angry reader. He'd carry on the phone conversation while drawing the next day's outrage.

He left a huge body of work to be catalogued at Temple University and the Philadelphia Fund is raising money to make that happen. (You can contribute!)

He also left his wife and helpmate Eliza and his two accomplished daughters, Elizabeth and Katie. The right wing could go after him on his art but not on is strong family values.

Tony says in a video he did about his work that cartoonists are optimists. They see what still needs to be changed and set about jollying everyone in that direction. We haven't quite ended war or racial conflict but all sorts of issues from making smoking look wrong to gender equality, cartoons have help shove the conversation in the right direction. Tony Auth's line will be missed but so will his spirited friendship and joy in life.

My sympathies to Eliza, Elizabeth and Katie.

A previous article on this blog:

His animated vignettes on Vimeo:

A barge journey in France

Come, They Told Me

From Lines and Color.


For over 40 years, Tony Auth was a glimmer of sanity amid the news of the day, in the form of his cartoons on the opinion pages of the Philadelphia Inquirer.

In 2012, Auth — a winner of the Pulitzer and Herblock Prizes — moved to the local PBS affiliate, bringing his cartoons to their NewsWorks website.

Auth’s cartoons, drawn with a wonderfully sketchy line, and little pretense, carried his commentary straight to the point, often sewering left and right alike, though most would count his politics as liberal (if only because he wasn’t rabidly right wing).

Auth was also an illustrator of children’s books. You can find a number of them, along with collections of his editorial cartoons, on Amazon.

I, for one, will miss his visual voice and that occasional breath of sanity amid the screaming and finger-pointing, particularly now.