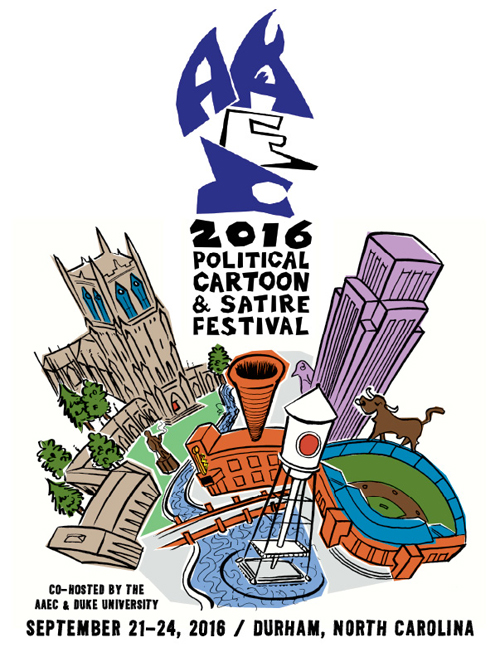 Durham has become one of the hottest towns in the country in the last decade as its art, music, food and tech scenes have blown up.

Duke University is throwing its considerable resources behind a planned star-studded festival of satire, comedy and political humour tied into the craziness of this year's election,.

We will be spending Thursday and Friday on the gorgeous west campus of Duke, capping off each day of cartoonist panels and comedy workshops with a major event in the evening.

We will be showcasing three cartoon exhibits, including the Dwane Powell kickoff, the HB2 show (coming to a bathroom near you!), and, courtesy of Rob Rogers and the ToonSeum, a Presidential Election Roundup.

Finally, we'll be wrapping everything up Saturday night in the banquet hall of the 21c, a converted art deco bank complete with a party room in the vault. 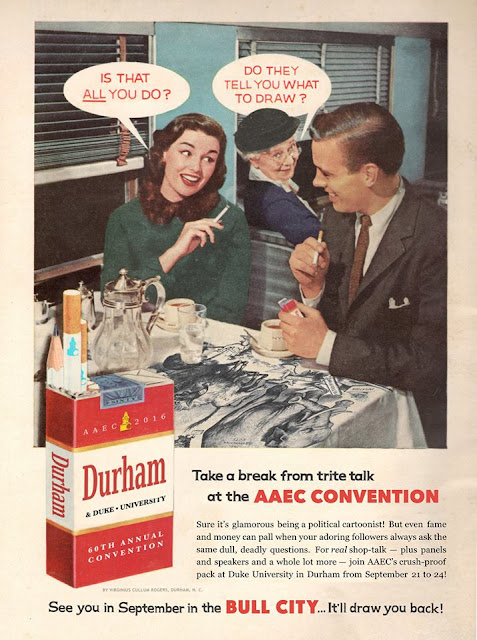 "Nation's cartoonists converge in Durham, NC" in The Buffalo News.

"Satire, ‘The Simpsons’ at Duke political cartoon festival" in The News & Observer. 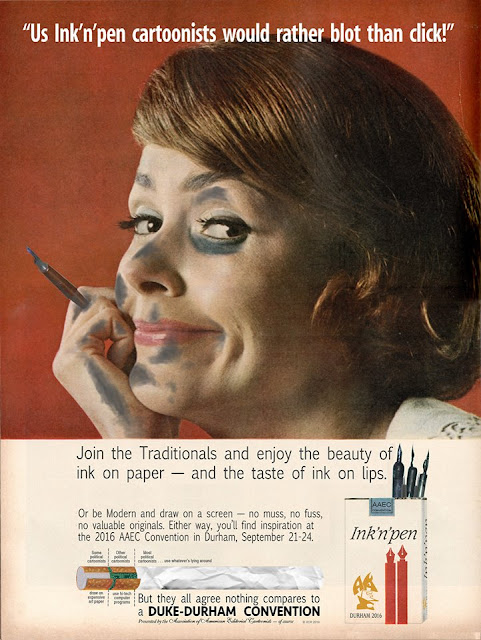