Clay Jones on the State of Editorial Cartooning

From The Costa Rica Star. 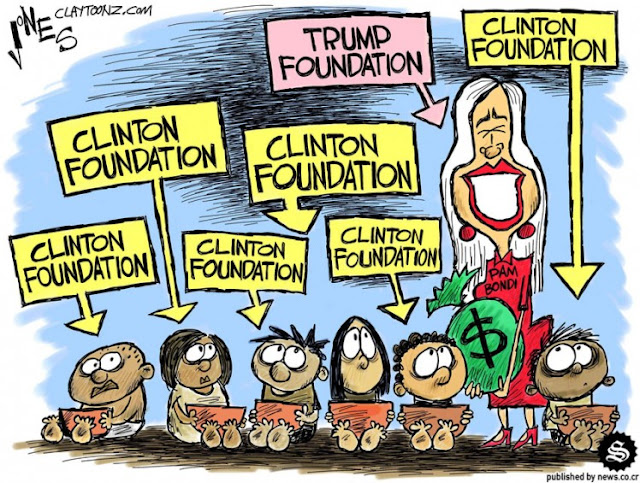 Since the 18th century, news readers have found some of the most incisive, acerbic and brutally honest commentary about current affairs in the form of political cartoons.

Regrettably, political cartoons in the 21st century have been in a state of demise that many believe is related to the death of printed newspapers; however, the death of editorial cartoons in English language media has more to do with what U.S. cartoonist and columnist Ted Rall describes as “corporate slacktivism,” an aversion to rocking the boat with satire.

In recent years, political cartoonists have dealt with the closure of newspapers, cost-cutting, a migration towards digital media, violence, and even murderous terrorist attacks. The combination of these factors in the have resulted in a self-imposed censorship of satire by English language news media executives who are afraid that a caustic cartoon will move online readers to post negative comments instead of clicking on the thumbs-up “Like” button.


We asked Clay Jones, a syndicated cartoonist from the United States, whose work is featured in The Costa Rica Star to comment on the state of his craft.

Mr. Jones is a survivor from the newsprint era:


I was laid off in 2012 after 15 years at The Free Lance-Star in Fredericksburg, VA. I’ve spent over 20 years in this business, having been on staff in Virginia, Hawaii, and Mississippi.

Newspapers are still profitable, but part of this profit-making scheme consists of laying off staffers, and cartoonists are always included in this layoffs. We’ve gone from over 100 staff cartoonist positions about a decade ago to maybe around 30-40 today in the U.S.

The ironic thing is, cartoons are still popular; however, newspapers are afraid of anything that’s not just controversial, but that might even get one negative response. Today, I sell my work to over 50 newspapers; while I continue to gain clients, I lose them every now and then.

I don’t just lose them because I’m liberal, but just for the fact my work has an opinion. If I drew nothing but positive, happy cartoons, or cartoons about dead celebrities at the Pearly Gates, I’d have more clients.

Whoever wants to come along for the ride is welcome. But I don’t have a salary or 401K anymore and I’m not going to let editors tell me what to draw.

I still hope to have a career at this. I’m trying really hard. My biggest wish is to receive another job on a newspaper staff but honestly, I don’t know if that will ever happen again.


Political Cartoons Are Funny; Violence and Murder Are Not

Cost-cutting and the fear of ruffling Millennial feathers is one thing; hatred and violence is another. The 21st century has brought about terrorist attacks and senseless murders of political cartoonists.

In January 2015, the offices of French publication Charlie Hebdo, known for its unabashed and Punch-like cartoons that ridiculed Islamic militants, were targeted by gunmen who sought to kill cartoonists.

I thought it was terrible. We get occasional death threats here in the U.S., but I can’t recall any time an attempt has been made on a U.S. cartoonist’s life during my career. I don’t really see why we would either as most of the stuff produced here is very soft.

I think there’s maybe about ten U.S. cartoonists who are doing challenging, irreverent stuff and I hope I’m one of them. Most cartoonists here are recycling the same ideas and cliches. If an editor runs a cartoon that actually gets a lot of negative responses, they apologize for it the next day.

While I don’t think U.S. newspapers should run cartoons just to make people angry, they shouldn’t be afraid of it as a result of making their readers think. Newspapers used to like content that would get a reaction, even negative. Now it’s like newspaper editors are afraid people might actually read their newspapers.


What Makes Political Cartoons So Inflammatory?

Why are English language news media fearful of publishing cartoons that are too honest, politically incorrect and controversial?

Mr. Jones has an opinion on this issue:


I do feel that newspapers are afraid. To be honest, most editors don’t know a good cartoon when they see it. They love obituary cartoons. They love the most obvious.

The laziest cartoonists draw the same old cliches of sinking ships, candidates as Pinocchios, people going over ledges, etc… and those cartoons get a LOT of reprints. Check out USA Today every Friday.

Most newspapers reprint cartoons and don’t have a staff cartoonist.


Can the Internet Save Political Cartoons?

For some the Internet seems like the perfect medium to keep the spirit of political cartooning alive. Unfortunately, the reality told by cartoonists is different.


There is still powerful political cartooning online. Ironically, the Internet contributes to the death of satire in America by sating the demand for hard-hitting political art.

Before the Web, if a paper canceled my cartoons they would receive angry letters from my fans. Now my readers find me online — but the Internet pays pennies on the print dollar. I’m stubbornly hanging on, but many talented cartoonists, especially the young, won’t work for free.

It’s not that media organizations are broke. Far from it. Many are profitable. American newspapers and magazines employ tens of thousands of writers — they just don’t want anyone writing or drawing anything that questions the status quo, especially not in a form as powerful as political cartooning.

The thing is, newspapers don’t have to spend a fortune on a cartoonist or even compromise their stock options. Having a staff cartoonist is one of the best ways to provide locally produced content, on local issues, to your readers. Many of these newspapers have more than one sports columnist or a guy writing each week asking their readers which restaurant in town sells the best cheeseburger.


Today’s political cartoonists are not only threatened by the closure of newspapers, we are also competing with the super-slick memes that can be produced free on the net by the citizen reader, who in some cases is just as clever.

The traditional cartoon in the digital sphere also has to contend with the assumption digital producers will opt for flashy memes/gifs over static images to keep the page “alive”.

In many cases, producers have pilfered the meme/gif from someone’s Facebook post, or it was sent to the paper by a reader almost certainly at no cost.


In the end, Mr. Jones think that online commenting systems and Millennial attitudes towards news content are also to blame for the death of political cartoons.


People do get angrier now about political cartoons. Maybe it’s the Internet and the ability to bitch anonymously. It would always amaze me that my editors would panic and go into crisis mode over a comment that someone left with the anonymous handle “Boner4U.”