From The LA Times. 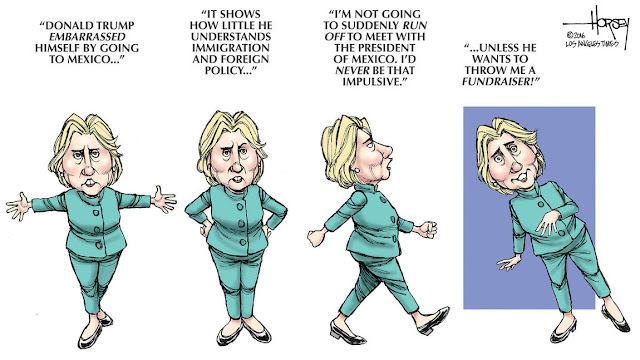 Apparently, there is a famous woman running for president against Donald Trump who has a very good chance to win, not that there is much said about her in the media. Most days on cable TV news shows, in the political blogs and in the newspapers nearly all the discussion is about Trump’s latest weird tweet or bellicose speech or impulsive campaign stunt.

David Horsey's "Top of the Ticket" column here.
Published by Bado at 12:00 AM