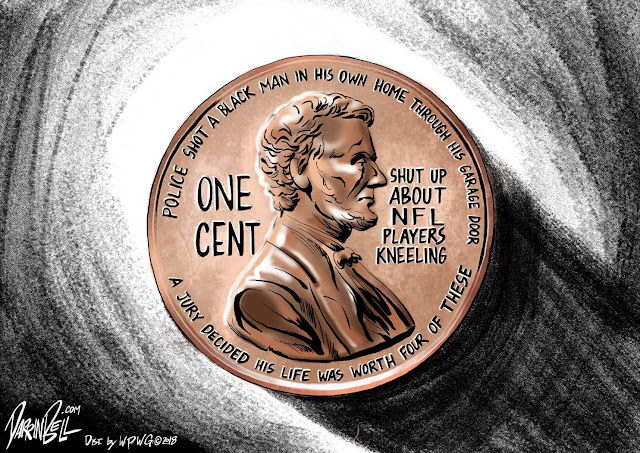 Darrin Bell receives the 2019 Pulitzer Prize as a cartoonist for The Washington Post Syndicate.


For beautiful and daring editorial cartoons that took on issues affecting disenfranchised communities, calling out lies, hypocrisy and fraud in the political turmoil surrounding the Trump administration.


Darrin Bell’s winning submission was titled: “Championing minorities, the poor and suffering, and calling out hypocrites, liars and frauds.” 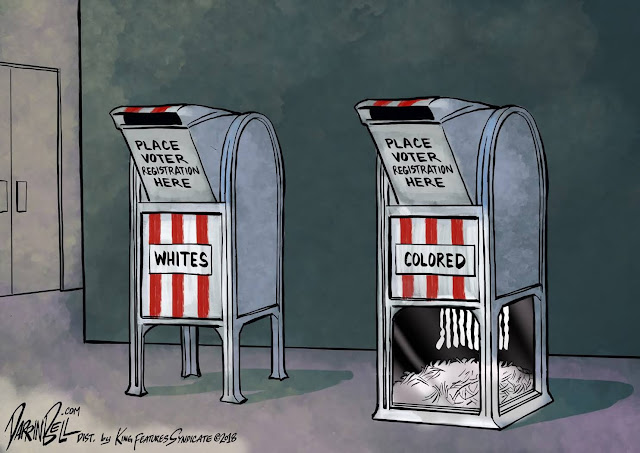 “We were always minorities in every neighborhood we lived in, which I think opened my eyes a bit more to the rest of the world,” he says. “I’ve always had friends who were different from me, so I have a lot of respect for diversity.” 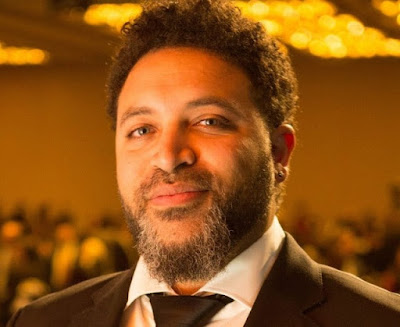 Bell was born in south-central Los Angeles in 1975. His parents, both teachers, soon moved to East Los Angeles. At a young age, he remembers going along with his mother while she attended classes at Cal State Los Angeles.

Bell would sit in a corner with some art supplies, quietly drawing. During most of his school years, a time when urban school districts were being desegregated, he was bused to schools as much as two hours away.

In 1993, he enrolled at the University of California, Berkeley, where he developed the concept for a strip called Lemont Brown, which evolved into “Candorville.” The Washington Post Writers Group began syndicating his cartoons in 2013.

The cartoons come from a black/minority perspective but comment on a wide range of issues. He now is syndicated by King Features Syndicate. Bell lives in Sacramento with his wife and two children.


See more from Bell on The Washington Post News Service & Syndicate as well as his recent work here.
Published by Bado at 12:00 AM