Steve Benson finds a new home at the Arizona Mirror 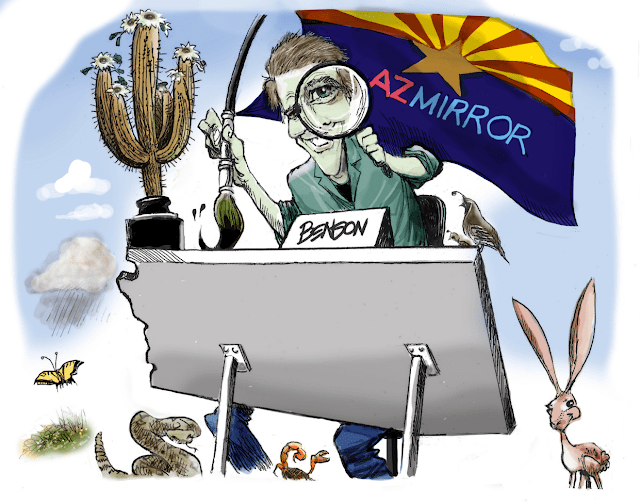 Since late January, the answer to that question for Arizonans who grew up with his daily skewering of the powerful on the editorial pages of The Arizona Republic was, sadly, “No,” because Benson was laid off by Gannett, the Republic’s parent company.

But that changes today, as the Arizona Mirror becomes the new home for Benson and his artistic wit and commentary on the state of affairs in Arizona.

I couldn’t be more excited for this new phase in my fledgling outfit’s growth.

Adding Benson to the mix gives the Mirror an entirely new arena for journalism and commentary. And it’s not every day you get to add a Pulitzer Prize winner to your team. Arizona needs his voice, and we are ecstatic to be able to bring it to readers across our great state.

He told me this week that the things that make Benson a driving journalistic force are his insight into the conservative mind – “When I met him, Steve was practically a John Birch-er,” Bagley quipped – and his ability to be visually articulate.

“He’s able to take an issue and crystallize it. The images he draws are stamped in your brain – he’s just dead-on,” Bagley said.

We’ll have new Benson cartoons every Tuesday and Friday morning. And the next time someone asks if you saw his latest critique of our leaders, you’ll be able to answer with a resounding, “Yes!”

Count me among those who can’t wait to see what he draws next.
Published by Bado at 12:00 AM