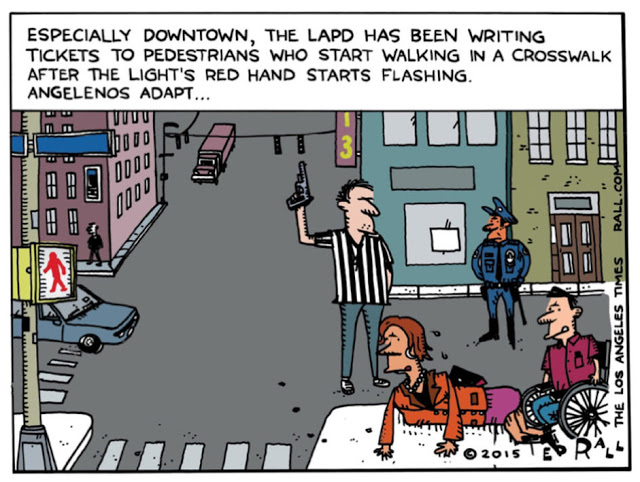 Cartoonist Ted Rall is one step closer to getting his day in court: the California Supreme Court has granted his Petition for Review in his anti-SLAPP lawsuit against the Los Angeles Times.

Rall had been attempting to sue the newspaper for wrongful dismissal and defamation, after he was fired as a contributor by the newspaper in 2015.

The media conglomerate has since tied up the freelance cartoonist in court with a provision designed to help individuals fight large corporations — the exact opposite of the statutes intent.

The AAEC was one of seven organizations that filed Friend of the Court briefs in support of Rall.

Here's the letter we sent to the court back in March: https://news.editorialcartoonists.com/aaec/2019/03/the-aaec-supports-ted-rall-in-his-legal-fight-with-the-los-angeles-times.html

"Against long odds, the California Supreme Court has granted my Petition for Review. We are asking the high court to vacate the LA Times' abusive anti-SLAPP motion against me as granted by the two lower courts.

The successful Petition was drafted by my attorneys Jeff Lewis and Roger Lowenstein.

Breaking precedent where newspapers are usually on the side of free speech, seven First Amendment organizations issued amicus briefs against the Times and its billionaire owner, Dr. Pat Soon-Shiong."

ALSO ON THIS BLOG

"LA Times fires Ted Rall on questions of integrity; Rall stands by story"
"AAEC Calls for Independent Investigation of LAPD's Rall Tape"
"Cartoonists Gado and Ted Rall Suing the Newspapers That Fired Them"
Published by Bado at 12:00 AM