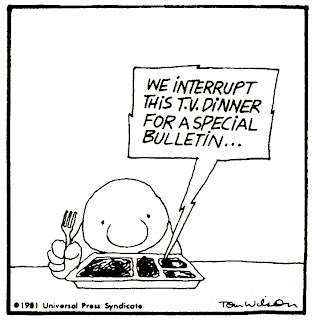 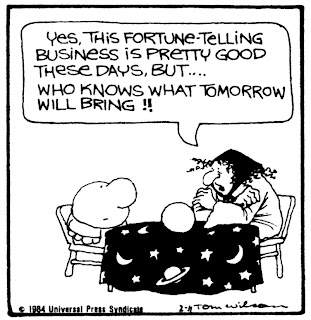 Posted by Alan Gardner
September 19, 2011
Tom Wilson Sr., the creator of the iconic Ziggy comic strip passed away last Friday at the age of 80.
From Universal Uclick:

Ziggy which celebrated 40 years in syndication in June 2011, continues to be produced by Wilson’s son, Tom Wilson Jr., who has handled the day-to-day operation of the panel since 1987. Ziggy is distributed to newspapers worldwide by Universal Uclick, an Andrews McMeel Universal company.
“We are saddened at the passing of Tom Wilson, a visionary cartoonist and longtime friend,” said John McMeel, chairman and president of Andrews McMeel Universal. “Tom leaves behind a wonderful legacy in Ziggy, a hard-luck comics page hero who serves as a reflection of Tom’s endearing wit and optimism in the face of adversity. Our hearts are with the Wilson family during this time of loss.”
“Tom Wilson had a unique gift for producing creations that stirred imaginations and touched people’s lives,” said Hugh Andrews, chief executive officer and president of Andrews McMeel Publishing. “It speaks volumes about Tom that Ziggy, a character he held very dear to his heart, has been a mainstay on the comics page for more than 40 years and continues to make new fans worldwide to this day. We join millions of fans around the world in mourning the loss of a truly exceptional innovator.”
Tom Wilson was born August 1, 1931. For more than 35 years, he served as a creative director at American Greetings, where he was responsible for the development of many breakthrough card lines. Wilson first published Ziggy in the 1969 cartoon collection When You’re not Around. The Ziggy comic panel, syndicated by Universal Uclick (formerly Universal Press Syndicate), launched in 15 newspapers in June 1971. It now appears in more than 500 daily and Sunday newspapers and has been featured in best-selling books, calendars and greeting cards.
Throughout his career, Wilson demonstrated a remarkable ability to anticipate future trends in the marketplace. A veteran of the licensing business, Wilson headed up the creative team that developed such character licensing blockbusters as Strawberry Shortcake and Care Bears.
In 1987, Wilson passed the Ziggy torch to his son, Tom Wilson Jr., after the younger Wilson had served as an assistant on the strip for many years.