Mike Keefe takes a buyout from the Denver Post 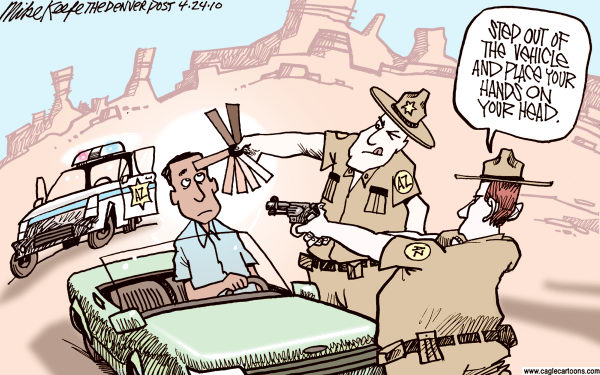 Here's an edited version from the Cagle article:
Pulitzer Prize-winning cartoonist Mike Keefe, staff cartoonist at the Denver Post, has decided to accept a buyout and leave the position he’s held for more than 35 years. It’s sad news, as the Denver Post could become the latest in a line of prominent cartooning positions that have either been eliminated or no longer exist (Los Angeles Times, Dallas Morning News, Seattle Times, Newark Star-Ledger).

Keefe’s last day at The Post will be November 29, but I’m happy to report that he will continue to draw cartoons (at a somewhat lessened pace) for Cagle Cartoons to syndicate.
What made you decide to take the Denver Post’s buyout offer?I did a quick interview with Mike via email between plates of turkey and sweet potatoes.

I had planned to semi-retire in a year. The Post’s buyout offer was advertised as a year’s salary (in reality it’s somewhat less). So, I could work and earn a year’s salary or I could not work and earn a year’s salary. I did the math.
Was it your choice to leave, or did you feel pressure about layoffs coming down the pipe?
I felt no pressure to leave. And while layoffs could come if they don’t get 18 takers on the buyout, I felt pretty secure. The Post has always treated me well. It’s been an emotional few weeks. Bittersweet. I am sorry to see that they are forced to cut back on staff. The revenue is simply not coming in. Thank you, Craigslist and digital media. I think print journalism can also blame itself for being slow to react to the digital media revolution.
You just won the Pulitzer last year. What did you editors say when you told them you were going for the buyout?
Let’s just say nobody came clamoring around my drawing board trying to dissuade me. 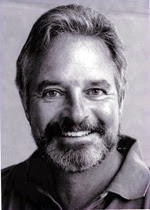 Mike Keefe
Do you think the Denver Post will be hiring a new cartoonist to replace you?
Even though there is a long tradition of high quality cartooning at The Post–my predecessors were Paul Conrad and Pat Oliphant–I’m guessing that it’s unlikely that they will seek a replacement. I could be wrong. Send them your portfolios.
You’ve been with the Denver Post since 1975. What are you looking forward to most with the free time you’ve just given yourself?
My wife, who is still working, asked me how I was going to spend my days. I said, “Three words: Turner Classic Movies.” She was not amused. Actually, I have a number of things in mind: I want to beef up my guitar chops, paint a bit, pick up the slack on Sardonika.com, a satiric blog that Tim Menees and I do. (He’s been doing most of the heavy lifting lately.) And I want to write. I’ve been researching the armored recon squadron in which my dad served in WWII. I’ve gotten a lot of riveting material.
When you won your Pulitzer, you mentioned that you were surprised because you thought your day has passed. With greats like yourself taking buyouts and retiring, how do you view the future of editorial cartooning?
There is plenty of incredible talent of all ages in our business. I don’t worry about any decline in quality. How they earn a living at is another question. It’s a lot tougher now than it was when I started.
What role do you think cartoonists have in this age of smart phones, digital-first newsrooms and instant interaction with readers?
The answer to that is implied in your question. Clearly cartoonists must create with digital media in mind. Traditional newspapers are going to be a less robust and thinner version of their former selves. Not many will be able to afford to support a full-time cartoonist. That means someone has to crack the code concerning online profits. Till that time, it will be a forum for the dedicated and passionate cartoonist who also works at Starbucks.
Here are other cartoons submitted to the Pulitzer jury: 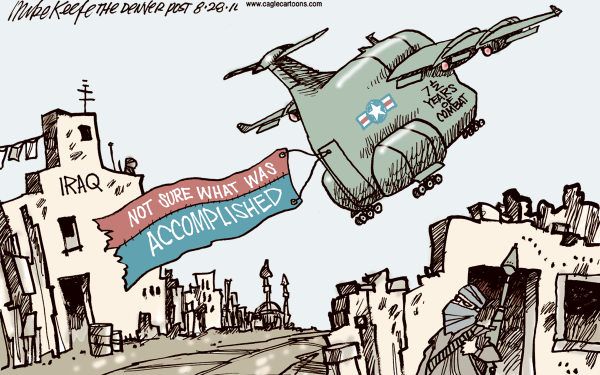 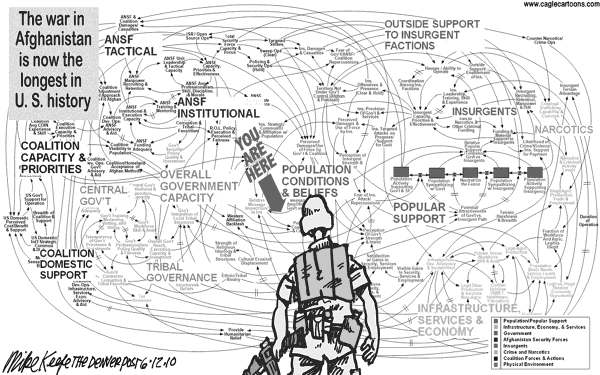 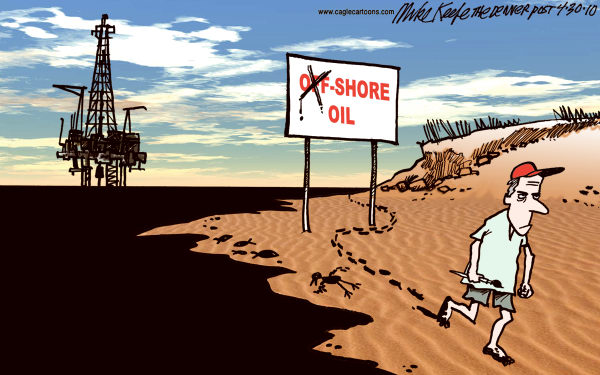